Language on the Fringe ? Numerology, Numerophonology and Other Oddities 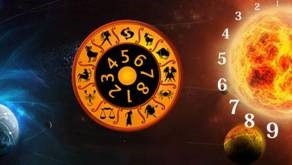 Various authors advance theories involving mysterious features – especially dramatic hidden messages – in texts of various kinds. These claims involve both mathematical and linguistic issues, but the latter have seldom been addressed in the skeptical literature.

Many of these cases involve religious texts, notably: a) those focusing on gematria, a form of mystical numerology applied to the Hebrew scriptures, but according to some of pre-scriptural or other extraneous origin; b) the ‘Bible Code’ proposed by Drosnin: statistical/distributional patterns in the Hebrew text of the Old Testament which allegedly predicted events in the future at the time of writing, some of them in very recent times; c) the rather different ‘theomatics’ developed by Washburn and re-applying gematria, especially to the New Testament; d) similar ideas involving the text of the Muslim Koran; etc. Skeptical commentators have argued, especially against Drosnin, that post hoc one can find a wide range of spurious messages in any sufficiently lengthy text, for instance a reference to the death of Princess Diana in 1997, found in the text of the novel Moby Dick by applying Drosnin’s analytical methods. More relevantly here, Washburn’s New Testament Greek linguistics, for example, is sometimes very dubious.

Other relevant phenomena include the linguistic aspects of numerology as understood more generally, for instance, the significance, often ignored by numerologists) of the varied and changing membership and ordering of the alphabetic letters forming names. For example, the Greek alphabet has no letter C; its third letter (gamma) is the equivalent of G. Greek words and names were borrowed into Latin, which is written with a modified Greek alphabet, the Roman alphabet (now also used for English and many other languages). In this new alphabet, G was replaced by C and then reinserted in seventh position. Presumably, the numerical values associated with the various letters should differ according to whether the name or word in question was used before or after this and other such changes; but many words were used in both periods. And what of names which are common to various languages spelled with different versions of the alphabet with different numbers and orderings of letters – or indeed with totally different alphabets?

There are also various more specific non-standard theories of this nature. One of these is ‘acrophonology’, dealing with the alleged astrological significance of names, especially as pronounced rather than written.

Another, more obscure theory of this kind is ‘numerophonology’, which was presented in the late 1990s by two researchers based in Normandy (France) who sent me their material. They discovered a way of assigning unique integer values – between -15 and +15 but excluding zero – to each letter of the Roman alphabet, such that the values for the letters making up the name of each integer add up to that integer. For instance, the values for O, N and E sum to 1. They performed this operation for both English and French, with different values for the various letters in each language. They then proceeded to calculate total values for non-numerical words and to continue as in ‘normal’ numerology.

At my request, Roland Seidel of Victorian Skeptics and a mathematician at Monash University examined these claims. They determined: a) that there are many possible sets of unique integer values which will work in this way (for example, for English there are 434 solutions for the names of the numbers 1-10 within the range given), and thus the solution proposed by the numerophonologists is in no way special; b) there can be no solution for English for the names of the numbers 1-15, or a fortiori of any set including these, by a reductio ad absurdum argument (so, even if this idea did hold up for 1-10, it could not hold up more generally).

Compare King’s theory about the shapes of the ‘Arabic’ numeral symbols.