Which Decade You Belong in According to Your Zodiac Sign 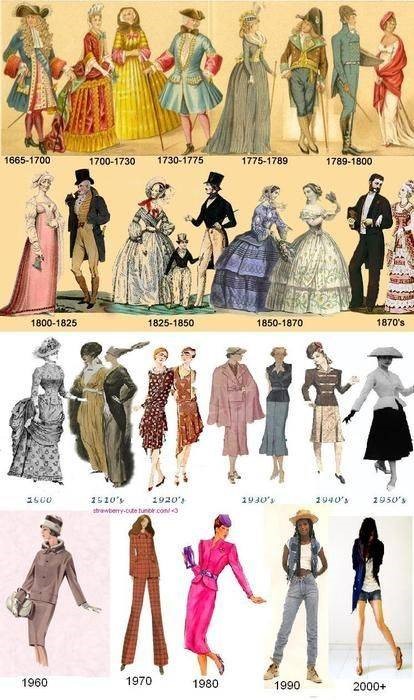 At a certain point, we all got to thinking we were born in the wrong era according to this article by Tasdid Alvi in sunnyray.org. We get a weird feeling like we could have achieved more if only we existed in another time period, like we could have become successful in what now we think we can't. Of course, we're silly to think so and, unfortunately, time travel is not possible (yet). If we think about it for a second, there are many things that went wrong in this world over the years, so it's only logical everyone to experience this sort of not-belonging here and now.

Comparing today's lives to life in different eras throughout the years would take forever to fully describe everything. However, with the help of astrology, you may at least finally find out which decade do you belong in. Since each zodiac element fits a different description, we believe that they all belong in 12 different eras. With no further ado, here's where you truly belong according to your sign.

With an endless amount of energy, plenty of courage and confidence of a true born leader, Aries can thrive in decades where radical changes are bound to happen. The Gilded Age in the states, late 19th century or more precisely from 1870s to 1900s, is known for such major changes. The rapid economic growth attracted millions of European immigrants, which led to improvement in the ranching, farming and mining industry. Arieses would've quickly learned how systems work and certainly take lead in this decade.

As practical as Tauruses are, they would do great in the 1940s. They value simple things in life more than any other zodiac sign and they are always content in their lives. However, when life calls for changes, they answer. These hard-working individuals can quickly adapt to anything, anywhere. They would much rather solve puzzles on a trip than spending time on their smartphones or tablets.

Where would curious, open-minded and well-mannered Geminis thrive in most if not in the beginning of the 21st century? With the beginning of the 2000s, the world has gone through a variety of changes. From Internet growth and availability to all around the world to enormous economic growth, Geminis would've encountered zero issues keeping up with them all. The world might be changing, but that's no problem for Geminis.

The distant future may be absolutely unpredictable, save for the Cancerians. They have a wild imagination like no other zodiac sign, so they are able to actually imagine how would the world look like in far future by considering the current status of the Earth. Cancerians are also creative and innovative, so if they could, they would build a better world for all of us, with no wars and no hate.

Since Leos literally live for love and music, their most suitable decade is undoubtedly the 1920s. The Roaring Twenties was a time of huge cultural changes, as it begun after the WWI ended and people were seeking for normal life. Naturally, people wanted to create music, as well as other forms of art, and this decade is also referred to as the Jazz Age. Pretty much everything that Leos enjoy most was happening during the 20s, and happening big time.

While Virgos do not particularly love changes and always want to be in control of things, these conservative individuals would thrive in the beginning of the 20th century. Analytical, resourceful and emotionally strong, Virgos would do better in times when there's no Internet, cars are commodity not anyone can have and most of the sports we watch today were in the initial development phase than most (if not all) zodiac signs. They do not necessarily enjoy things, unless they earned it with hard work. Also, their Sherlock Holmes-like deduction skills may have helped the world avoid some of the biggest conflicts in the history, such as racism, wars, etc.

There is no one who cherishes peace and love more than Libras, which is why they are mold for the hippie era. In the late 60s and early 70s, the young people started a movement with the goal of bringing peace, love and happiness in the world. They opposed to traditional customs and lifestyles, as well as to society morals. In 2017, Libras are looking for bringing peace, love and harmony too, but their charm would make a much greater impact in the 1970s as a hippie.

As dynamic, versatile and resourceful as Scorpios are, they seem to be a perfect addition to the world as it is. These intuitive and intelligent individuals know how to get most of their lives in this current decade. They read people through their lies and deceives, and constantly and confidently clearing their way through all. Scorpios are success-driven people and will choose no means to achieve their goals. This decade would surely use more passionate people like Scorpios.

Three words that define Sagittariuses: freedom, traveling and parties. Although they are determined and confident individuals, Sagittariuses are free-spirited who want to travel the world and have fun. Given to this fact, they would do well in many decades, but they would love it in the 1980s when the disco and new wave music was born. Besides the questionable music technology available during this time, those 80s parties would've surely satisfied the inner party animal of Sagittariuses.

The disciplined, responsible and diligent Capricorns belong in the 1950s. It's the time period after the WWII and new order was in the making. With a world-class self-control and ambitious personality, Capricorns would've done well in the post-war period. It's also a period when young Americans started participating in various cultural activities, like music and movies. Of course, these difficult years would've most certainly inspired the compassionate Capricorn to compose one of the first rock 'n roll songs.

While the humanitarian Aquarians would definitely do good in the 60s and 70s involved in movements towards a better world, they are destined to be the foundation of our future. People born under this zodiac sign belong in the present, but are believed to help shape the future for our mankind with their innovative and creative thinking and beyond-average intelligence. Aside from technological advances and better understanding of our galaxy, for instance, Aquarians will help people live healthier and happier.

With a flair for beauty and art, Pisceans belong in a decade where life is good, where anyone can do whatever they want. It should go without saying that the 1990s fits this description like no other decade. It is the decade when the world prospered in all possible terms and people were living happily and earning better than ever, maybe even better than now. Pisceans would've probably loved watching premiere episodes of all-time popular TV shows such as “F.R.I.E.N.D.S.” and “Seinfield”, be the first to check out the new music genres that were born, watching sports, the fashion and the early technological advances (read Walkman) of what now we call essentials. Truth be told, there is more to be told about the 1990s than any other decade, but no need to write any further, because you're familiar with it.