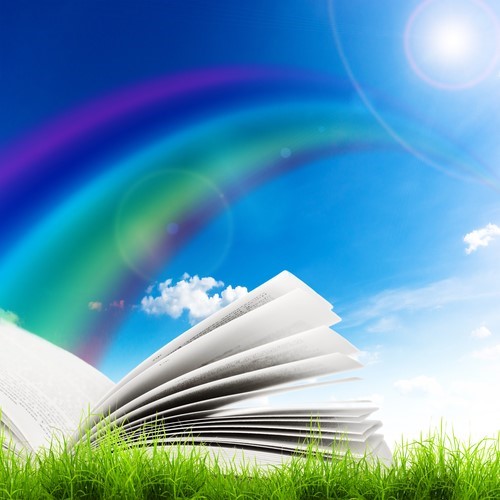 Reality can hit a person at an early age. What that person does with it makes all the difference in the world.


The ambulance drivers were parked outside the morgue. They had just returned from a long harrowing drive in the mountains to pick up a logger who had a tree fall on him and were taking time to regroup before moving the body inside. Neither of them had taken the time to examine the man, no one ever survived that kind of accident. They finished their paperwork then went to the back to collect the body. Suddenly one of them realized the man was alive. "Maybe we should take him to the Hospital?" one said. The other driver mumbled: "He's not going to live, but I guess we should take him there anyway." That is how my stepfather's life changed all our lives forever. It taught me more than I could have ever imagined, but the main lesson was: Most of life is what we make of it, even if nature falls on it.

The injured man was my stepfather. He and my Mom had only been married a few years and how they got together and what they went through after they did is a story into itself, but the bottom line is they had gotten through the very rough times and were doing just fine. They had four kids between them, two his and two hers, rented a nice house on a beautiful hill over a lovely small town. They drove a new car large enough to hold everyone, and took frequent trips to the San Francisco area. Stepdad worked with his brother for a logging company moving to wherever the work was. This was our second location after their marriage and since I was the type of person who never met a stranger, I was enjoying the beauty of the area and the fun of the new friends.

Then the tree fell. Stepdad was closer to dying than living. My mother spent every moment at the hospital tending to him. Little by little, day to day, he actually began to improve. His pelvis was crushed but somehow they managed to glue enough of him back together that he began to heal. They knew he would never be as he was, but his mind was good, his will to live was strong, and his love for Mom gave him a reason to fight for his life. Our world was between home, school and the hospital. I was 13 so I was the babysitter for my three younger siblings and the first few weeks were stressful but hopeful... until another reality hit, money. There was none. The car was repossessed and my Grandfather drove a very, very old Crosley 3 speed stick shift all the way to California so Mom would have a vehicle. The next reality was Mom said I had to learn to drive. She had heart problems and if she, for whatever reason, was unable to drive, I would be expected to take over. That little car had a personality and I am sure it had a soul because driving it turned out to be great fun. Reality taught me to drive in the most trying of circumstances and that skill served me well my entire life. It taught me I could operate just about anything anywhere, anytime, in almost any circumstance simply because I wanted to.

Next came the job. Mom was a seamstress and the only work she had ever done was make beautiful dresses for people including elaborate wedding dresses. But now was not the time for that, now was the time for a 'job'. The lady who owned one of the laundries in town offered her one. It was a business that gave the customer the option of doing their own laundry or, for a slightly higher price, leave it and let the laundry workers do the work. At 13 I was put to work washing the clothes of strangers. (That taught me a lot about the reality of life and people's bodies.) But I also learned to greet customers, tend to business, make change, and stop being a young teenager when needed. I was shown that attitude and actions are almost always a choice. Reality had taught me another valuable lesson. And I hate to say it but I did kind of enjoy the work. I learned to fold sheets.

We were then evicted from our home and taken in by my stepfather's brother and his wife, my stepfather was improving and was discharged from the hospital. He never once complained He had to have been in horrific pain, but he acted like he was annoyed whenever he had to get out of the wheelchair. My actual father stepped up and brought us another car and helped with money. The goodness of friends and family saved us and before too long Mom landed a real job working at a drugstore. Back in those days a 'drugstore' was an all purpose store with gifts, magazines, drugs, medicines of all kinds, plants... you name it, they had it. We were then able to rent another small, comfortable house close to town and everything was in walkable distance, and in addition to her store job, Mom began to go to school to learn to be a dental nurse. She raised kids, took care of her husband, worked full time, took us all to church every Sunday and life was normal. I saw first hand how people just get on with it and make the most of their situation. In a short time Mom got a job as a dental nurse and life got nearly normal again. She just did what needed to be done. I never heard her complain. ( Plus I was able to get good summer jobs working at the local laundries all through my teen years.)

The insurance for Stepdad's accident would not pay him any money. The company felt he should be doing better than he was and ordered many other medical tests only to find out Stepdad had Multiple Sclerosis brought to the surface by the accident. The disease would have eventually come to the surface so it was decided that it was the disease, not the accident, causing him permanent disability. Instead of going into a depression, he went out and got a job running a fruit orchard. He was able to drive an old pick up, talk to people, and keep track of things. He went to work every day using canes to walk. He never once complained. I saw how attitude is everything.

Hard things in life taught me how to drive, how to talk to people, how to work, how to fold a sheet, how to make the most of a situation, and how your outlook is everything. I say go ahead and learn from the hard times. Let the bad stuff go, enjoy the ride to the laundry because you now know how to fold the sheet.

Footnote. Stepfather lived another 20+ years. Toward the end he had to be cared for at a nursing home but he lived to see two grandchildren and he had an active good life. Mother worked for at least 20 years as a well paid dental nurse until going on to a high-up county job. She had a good retirement and a good long life. She never once complained about having to work, she just did what had to be done, and did it well. Reality is the valuable teacher of life. Its up to us what we make of it.

Reproduction of all or any part of material of StarzAstroWand©, including previous posts, without the express written

All violators will be prosecuted to the fullest extent.