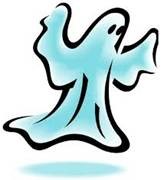 
The existence of ghosts is a huge controversy in today’s society says this scholarly article from atu.edu. Some believe that there is no way that a spirit can make itself appear in front of a person, and some believe that spirits show up on a regular basis in people’s lives. There is a lot of evidence that has been gathered over the years, mostly personal accounts, that continues to prove the existence of ghosts. Some kinds of evidence that prove ghosts exist are photographs, personal experiences, and new
scientific evidence.

Many photographs have been taken over the years where a ghost has shown up in the picture. Most people do not notice the ghost at the time, but the ghost later shows up in the print. When seeing the photo, most people will try to disprove the photo by attempting to recreate the picture. These people will usually then find that the photo cannot be recreated. A good example of a photo with a ghost in it was a picture taken in 1996. A man named Ike Clanton dressed in a cowboy outfit and had a friend take a picture of him in Boothill Graveyard in Tombstone, Arizona. When later looking at the photograph, Clanton noticed that a man who was not present at the time the photo was taken was in the background of the picture. Clanton later attempted to recreate the photo with a buddy of his and learned that “it was impossible to recreate the picture without having the legs visible” (Kaulay).

Also when taking a photograph, people will sometimes discover a person in the photo who is no longer living. A good example of this took place on November 19, 1995. On this date, Wem Town Hall in England caught on fire. A man named Tony O’Rahilly decided to take a few photos as the firefighters fought the fire. In one of these pictures that he took, he noticed a clear image of a little girl standing in the fire. No one on the scene of the fire remembered a little girl, nor was there a little girl in the building. Some of the people believed that this little girl’s name
was Jane Churm. There was only one problem. Jane had died in 1677 in a fire that destroyed many homes in this town. Since Jane was obviously not in the house, this had to have been her spirit that was seen in the photograph on that night in 1995 (Kaulay).

A lot of people have had first-hand experiences with ghosts. A good example of a
personal experience with a ghost happened to a man named Professor David Fontana. Fontana walked into a mechanic’s workshop one day and felt the gloominess of the atmosphere. As he walked into the shop, he felt a chill that went all the way up his spine and saw a small piece of an engine that seemed to be levitating only a few feet away from his nose. The engine piece then proceeded to fly toward him, but he was able to duck under as it flew past him and smashed into the wall behind him. There was nobody there in the room with him that could have thrown the object at him, so there was no logical explanation except for the fact that only a ghost could have launched that engine piece at him (Penman).

Some personal experiences come from a person that becomes possessed by a ghost or an “evil demon.” A good example of this happened in the mid-1990s. At that time, Peggy Hodgson was a mother of four. This family had a happy life until an invisible force began to throw toys, plates, and cutlery around their house. Objects began to appear and disappear right before their eyes, and strange knocking sounds began to be heard. Things got even worse when Peggy’s twelve-year-old daughter became possessed by an evil spirit on several occasions. Peggy’s daughter’s actions, along with all the other things that the family experienced, have no explanation from this world, but they can be explained as a ghostly encounter. This family’s experiences were investigated by many researchers who also claimed that the house was haunted. The evil spirit even became known as the Enfield Poltergeist (Penman).

There has recently been some new scientific evidence which points toward the existence of ghostly phenomena. According to Danny Penman, this evidence does not say that all hauntings are real but that some are genuine. These findings were made by Dr. Barrie Colvin. Dr. Coven has spent the last five years looking at and analyzing the knocks and bangs that are supposedly made by ghosts. He has used the most advanced acoustic equipment to investigate
these sounds and compare them to sounds made by people and animals. Dr. Colvin said, “The sounds produced by ‘ghosts’ during hauntings are paranormal. Their acoustic waveforms are completely different. I cannot find a conventional explanation for my results at all. Nor can any of the other scientists who have reviewed my work. To be honest, we are completely stumped. We did not expect to find these results” (qtd. in Penman). Obviously this new evidence opens the door for more people to believe in the existence of ghostly forms. To many people, this evidence also gives proof for the belief that there is life after death.

A very famous ghost-hunting team known as TAPS (The Atlantic Paranormal Society) has caught all kinds of evidence of the existence of ghosts. To find the evidence, they use special equipment to catch the phenomena that we know as ghosts. One of these pieces of equipment is called a digital thermometer. They use this to tell what the temperature of the area is when they feel an unknown presence because the temperature of an area with a ghostly phenomenon there is known to be cooler than the rest of the room. TAPS also uses EMF meters
to track down ghosts since an EMF meter measures electromagnetic fields. This will also tell if there is a ghostly presence because the EMF meter will have a very high reading in the vicinity

of a lot of electrical equipment or wiring or in the presence of a ghost. TAPS, as well as other teams, will check for electrical wiring to make sure that there is no interference when they receive a high reading on the EMF meter. The TAPS team also uses thermographic and night vision cameras to detect apparitions. A thermographic camera uses infrared radiation to show the temperature of an object. The team can tell when there is a heat spot that is in the shape of a person standing there or sitting in a chair that there is something unexplainable there. The night vision cameras show the team the things that they would otherwise not be able to see in the dark. These cameras are very helpful when the team sets up an object to try to get a ghostly apparition to move. The TAPS team also uses a digital audio recorder. This is used to catch the voices that they would otherwise not hear. Using these devices, TAPS has made many discoveries over the years. They have caught voices and full-body apparitions on camera. Their work has proved to the world that there is definitely an otherworldly presence here on our planet (TAPS).

Many people in today’s society are still in disbelief, even with seeing the photographs, knowing the personal experiences, and hearing the scientific evidence. For some, seeing the photograph of a cowboy with no legs or a deceased girl in a fire in not enough to make them believe that ghosts exist. Some do not even believe the fact that there are some ghosts who will launch things at a person or take over a person’s body. There is room for skeptics in this world, but there is certainly plenty of evidence that supports the fact that ghosts do exist.