February Used To Have A Much Stranger Name 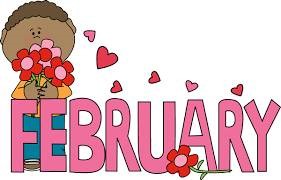 You know it as the shortest month of the year—or, depending on where you live, the coldest. But, do you know where the name February came from?

Well, first, some calendar-related history. The original Roman calendar only had ten months, because, curiously, the Romans didn’t demarcate winter. (Sometimes, we wish we could do the same.)

In the 700s B.C., the second king of Rome, Numa Pompilius, changed that, adding January and February to the end of the calendar in order to conform to how long it actually takes Earth to go around the sun. The two new months were both originally 28 days long. It is lost to history why January acquired more days, though there are various unverifiable hypotheses.

Before we adopted the Latin name for our second month, Old English used much more vibrant names to describe the month now known as February. The most common Old English name was Solmonath, which literally means “mud month.”

A lesser-used term was Kale-monath, which meant “cabbage month.” Perhaps, the medieval English were eating a lot of cabbage in February? Strange.

Where did the word February come from?

Must have been a pretty good festival.