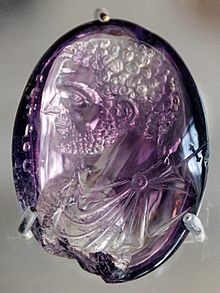 Image: Roman intaglio engraved gem of Caracalla in
amethyst, once in the Treasury of Sainte-Chapelle.
(Wikipedia)