A Huge Concern: How Tumble Drying Clothes Can Be Harmful To Health, Environment 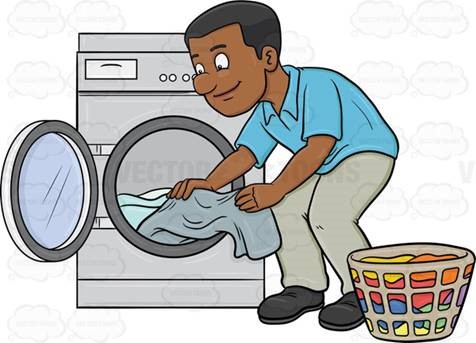 Tumble dryers are as bad as washing machines for spewing out plastic, scientists are warning according to a study published by finds.org. According to a recent study, dryers release microfibers into the air at comparable levels to those that go down the drain during the same load.

The findings are based on experiments involving over 1,200 garments under typical conditions.

“By measuring microfibers released during the whole laundering process we found microfibre loss through domestic drying is a huge concern,” says lead author Dr. Kelly Sheridan, of Northumbria University in England, per South West News Service. “Ours is the first study that has simultaneously quantified microfibers released from clothing during washing alongside that released when the clothing is then tumble dried.”

Wildlife ingest these microfibers as they float in the air, settle on the land and get washed into rivers. Eventually, they end up on our dinner plates as they enter the food chain. The particles also absorb harmful chemicals that leach out into the systems of any person or animal that breathes them in.

Polyester and other artificial fibers do not break down but remain in the environment for a very long time. The international team urged manufacturers to install filter that slashes numbers that get out. The air used in tumble drying passes through a duct, or tube, and is vented directly outdoors. Thousands of tons of air pollution could be reduced by the use of fabric conditioners, tumble dryer sheets and smaller pores in lint filters that trap more particles.

Washing laundry sheds up to a million tons of microfibers annually worldwide, posing potential risks to aquatic ecosystems. Minuscule fragments of clothing are blown out through air vents on tumble dryers also spurring a threat to human health. They have been found in ocean-caught fish, beer, and even placentas of unborn babies. Lab experiments suggest they damage cells.

The research provides convincing reasons to hang-dry clothes and use energy-intensive dryers sparingly — if ever.

“We measured the volume of microfibers released during washing, as well as those captured in lint filters when tumble dried,” says Sheridan. “Our study found domestic dryers produce comparable quantities of microfibers that could be released to the air as we already see going into our water systems from a standard washing cycle. While many microfibers can be captured in lint filters during drying, if the pore size is too large, a significant amount will be released into the air, comparable to the amount released down the drain in washing.”

Tests on 10 polyester and 10 cotton T-shirts found domestic dryers produce far more microfibers than washing. Many are captured in filters, but amounts that get into the atmosphere are similar to those that get into rivers from washing.

“It’s critical to our understanding of the impact of microfibers on human health and the environment that all the potential pathways for microfiber release, including air, are assessed. Airborne fibers are just as concerning as those present in wastewater,” adds Sheridan.

Synthetic materials, such as polyester, are the worst as they biodegrade much more slowly than cotton or wool.

“The recent rises in energy costs have led us all to think carefully about the financial impact of using dryers, but few are aware of their impact on particulate air pollution,” says co-author Dr. Neil Lant, of Procter and Gamble, in a statement. “These latest findings are a call to action for the appliance industry to improve the efficiency of fiber filtration systems in vented dryers and drive the conversion to condenser dryers with no airborne fiber release, especially super energy-efficient heat pump dryers. While we know people in different parts of the world and in different types of households may choose alternative ways to dry their clothing, our findings relate to the impacts of vented tumble drying. Further research would be needed to assess the impacts of other drying methods.”

The U.S. consumer giant has been working with experts at Northumbria for over five years. About 700,000 microfibers from acrylic and polyester clothes are shed during washing in every cycle.

“We’re very pleased with the results from this latest study with Northumbria University, showing how products like liquid fabric softener or dryer sheets can reduce airborne fiber pollution from dryers,” adds Jerry Porter, vice president of research and development at P&G. “This and the other findings from the research will help us partner with the textile and appliance industries to identify long-term solutions to this complex problem.”

The study was first published in the journal PLOS One.