Why Don’t Europeans Have the Same Reaction to Dairy? 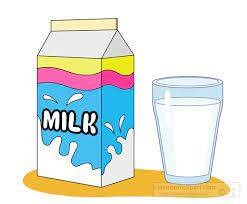 Culture shock is sometimes subjective – but in this case, there’s plenty of cold, hard evidence to prove it. Says this article from .theurbanmonk.com

Seeing Europeans leave jugs of milk on the counter overnight would certainly cause an American to raise an eyebrow. (And for what it’s worth, vice versa.)

Of the top 10 countries with the lowest rates of lactose intolerance, eight of them are European.

In fact, Americans often find that while they were unable to tolerate dairy in their home country, European milk doesn’t bother them.

We’re going to dig into some of the main reasons that that’s the case.

BST, a growth hormone, naturally occurs in milk. But not all cows are injected with the hormone. Injecting cows with BST allows them to produce up to 20% more milk.

Europe banned the practice of BST injections in 1990. However, the United States has not. (It’s worth noting that BST is produced by Monsanto, the same company that makes Roundup.)

While the hormone increases milk production, it also correlates with higher instances of colorectal cancer and prostate cancer in women and men, respectively. This is because the hormone raises the presence of IGF-1 (insulin-like growth factor-1).

Additionally, both European and American dairy milk is pasteurized. But only American milk retains the high levels of this hormone after pasteurization (because Europe doesn’t use additional BST to begin with.)

Some studies have even shown that pasteurization can increase IGF-1 levels. Plus…

The hormones can increase instances of the cow’s illnesses. But that illness increase is also compounded by the conditions North American cows live in.

Most of our milk comes from cows in enormous production systems – sometimes with more than 15,000 cows in one facility.

Not only do the crowded conditions foster disease, but the hormones we just talked about raise the likelihood of cows getting mastitis (infected udders). When that happens, pus and blood make it into our milk supply.

That means we have to treat these sick cows with antibiotics… and eventually, that leads to antibiotic resistance in humans. In the U.S., there are about 2 million cases per year of antibiotic-resistant infections. (Correlation, not causation, but…)

In the Netherlands, when they made the connection between antibiotic use in veterinary healthcare and AMR (antimicrobial-resistant) infections in humans, they lowered the use of antibiotics and…

There was a huge reduction in AMR infections in people.

Now, we said everyone pasteurized milk, for the most part.

Here’s what that means: HTST kills off most of the bacteria in the milk, which is necessary here because of all the hormones and illnesses. However, that’s why our milk expires so quickly, and why we’re required to keep it cold.

UHT pasteurization uses a much higher temperature and for an even shorter time – about three seconds. The milk tastes differently than American milk because most of the sugar burns off in the process. It also becomes more stable, so it can be left on the shelf rather than refrigerated.

The bacteria stays gone for around six months, usually.

And finally, there are some key differences in amino acids.

All cow’s milk contains beta-casein, a protein. Beta-casein is a chain of 229 amino acids.

This protein fragment can get released into the bloodstream or not. If it does, it can stimulate opiate receptors that are associated with autoimmunity. It has also been linked to dairy intolerance.

So milk from American cows can allow an amino acid into the bloodstream that irritates those with already unstable guts.

But perhaps they are the most different in their handling of milk. There’s a reason, after all, that the instances of lactose intolerance (and gluten intolerance – but that’s for a later issue) are so much higher in the States.