Is White Bread Actually GOOD For Us? 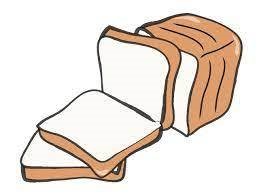 Study finds it boosts 'good' bacteria in the gut, helping prevent disease according to dailymail.co.uk

When certain populations of gut bacteria drop, diseases can develop
White bread was found to boost Lactobacillus, a group of beneficial bacteria
This means it can help fight off disease and ill health, say researchers

We're always being told that white bread is unhealthy and we should stick to wholemeal.

But new research suggests it could actually be a healthy option.

A study found it significantly boosts the number of ‘good’ microbes in the stomach, warding off disease and leading to better health.

Eating white bread could increase the levels of 'good' bacteria in the gut, research suggests

Eating white bread could increase the levels of 'good' bacteria in the gut, research suggests

The finding could mean the much-maligned white loaf regains some of its popularity after being banished to the back of the supermarket shelf.

In a surprising twist in the white bread story, scientists found it encourages the growth ‘good’ gut bacteria.

The Spanish study looked at the bacteria in people’s guts and what role they play in people’s health.

This is important because it is known that when certain populations of bacteria drop, we become more prone to disease.

One of the most effective ways to maintain a good balance of the microbes is to eat well.

The team, from the University of Oviedo, investigated the role of polyphenols, common in such items as spices, teas, fruits and vegetables and how they worked to help balance the microbes in people’s guts.

If 'good' bacteria levels fall, people are at increased risk of disease

If 'good' bacteria levels fall, people are at increased risk of disease

They asked 38 healthy adults questions about their diets and worked out which bacteria were present in their stool samples.

Their analysis revealed that pectin, a compound in citrus fruits, lowers the levels of some helpful bacteria, contrary to previous research.

But, their most unusual finding was that white bread boosted Lactobacillus, a group of beneficial bacteria.

To date, wholegrain foods have been linked to increased ‘good’ bacteria levels, because of their high fibre content.

However, the latest study found consumption of often undervalued refined grains – such as in white bread and white rice – could also boost the level of health-giving microbes.

Study co-author Dr Sonia González said: ‘Although the limited sample size and high variability of individuals do not allow firm conclusions to be established, our study highlights the importance of considering diet as a whole, rather than isolated components.

‘The identification of an association between the intake of regular foods, such as oranges or white bread, and certain microbial groups emphasises the requirement of future research focused on diet rather than on isolated compounds.’

However it has not been all good news for white bread lovers. recently.

Just two weeks ago, a study revealed eating three slices of white bread a day increases the odds of becoming overweight by almost half.

The European Congress on Obesity, in Sofia, Bulgaria, was told wholegrain bread does not lead to weight gain while white bread does.

The researchers, from the University of Navarra, in Spain, revealed that people who eat 120g or more of white bread a day are 40 per cent more likely to pile on the pounds than those who eat 60g or less a week.