Wonders of the Body 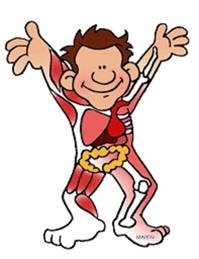 1. This fact will make you blush according to hermoments.com. That redness in your cheeks comes from all the capillaries throughout the body opening up in diameter. That means your entire system is turning redder — even the lining of your stomach.

2. We've all seen a character in a movie come up with a bright idea, right as a light bulb appears over his head. It's not that far from the truth. As a matter of fact, the electrical signals coursing through your brain are sufficient to power an actual bulb!

3. Why don't you quit the sit-ups and focus on other muscles? After all, your face can contort into roughly 7,000 different expressions. It's time to practice in front of the mirror until you can give Jim Carrey a run for his money.

4. You might have some trouble falling asleep at times, but be grateful you don't have Exploding Head Syndrome. People with this condition will sometimes hear an imagined loud bang, possibly accompanied by a flash of light, when they doze off.

5. Climbing up Rapunzel's hair might've come from a fantasy story, but it's not that far from the truth. Human hair is next to indestructible, as each strand is strong and slow to decay. Only fire can turn it to smithereens.

6. Do you have a taste for the finer things? Do you also hit your head a lot? If so, you might suffer from a rare condition called Gourmond Syndrome, which drives you to consume gourmet food.

7. Forcing a smile, even in your darkest moods, might actually make you happy. When your facial muscles enter that position, they trigger the release of dopamine and serotonin in your brain, which will brighten your state of mind.

8. Most people know that veins, arteries, and capillaries ferry blood throughout the body, but have no idea just how intricate the circulation system is. If you laid out all your blood vessels into a straight line, they would circle the Earth twice!

9. Small as they may be, babies actually have more bones in their bodies than full-grown adults. It's a difference of about 300 to 212, actually. The number decreases over time as individual bones fuse together.

10. Although mammals have distinct types of enamel coating their teeth, a harder mineral composition doesn't always make a difference. For instance, scientists determined that our chompers are just as strong as a shark's. Take that, jaws!

11. If you don't like what you see on the scale, don't blame yourself. Many of your organs weigh far more than you think. For one, the average person's skin makes up a whopping 16% of their weight.

12. You spend a lot more time with your eyes closed than you think. While awake, the average person has their eyelids shut for about 10% of the time — mostly due to blinking!

13. Here's some vital advice for any theme park fans who fear they're too short to ride the big coasters. You're at your tallest in the morning, as the spine gradually compresses as the day goes on. So hit Six Flags as soon as it opens.

14. Don't let Hannibal Lecter know, but your liver actually regenerates! Even if reduced to one-quarter of its full size, it can grow back given enough time and nutrients. That's why it's possible to have a liver transplant from a living donor.

15. Ever wonder why old men seem to wear their pants so high? Maybe it's fashion, but it could also be because humans shrink half an inch every decade after they reach age 30. Time to buy some new slacks, grandpa!

16. Nothing beats hanging with your buds — your taste buds, that is. Unfortunately for all the flavor fans out there, you lose about half of them by the time you turn 60. Better cherish them while you can.

17. Kissing isn't only good for stoking romantic flames! Because the act causes your mouth to produce more saliva, which in turn washes away plaque, kissing prevents the formation of cavities! That's really good news if you happen to be dating a dentist.

18. Cannonball! That's something your unconscious actually shouts when you hit the water, as your body undergoes a "diving reflex." This instinct shuts down nonessential functions so that you can focus on survival. With that in mind, enjoy your swim.

19. Grab a tissue for this factoid. Humans have three unique types of tear compositions, which differ depending on the cause (strong emotion, cleansing, reaction to irritant). Use all three in the kitchen; they're like nature's seasoning!

20. A 2013 NASA study determined that astronauts can grow up to two inches in space! This boost is thanks to the vertebra in the spine, which expand when not under the pressure of gravity.

21. The acid in your stomach could dissolve a razor blade. Testing this fact might require a trip to the hardware store (followed by a trip to the hospital), but you can also just take the word of experts on the Internet. Your call.

22. Stomach? Pff. Who needs it? You can live with out it, actually. A fair amount of the stuff squished into your body isn't really necessary, including your spleen, a lung, a kidney, and 80% of your intestines.

23. Your epidermis is showing! Don't try to remove it, either, because it'd be fruitless: that outer layer of skin completely regenerates every two to four weeks. Every year, in fact, you lose about one-and-a-half pounds of dead skin.

24. Anyone who has ever broken a bone might not believe this one, but your bones are really, really strong. Pound for pound, their durability and strength blows steel out of the water. In fact, you could stack the weight of five pickup trucks—about 19,000 pounds—onto one cubic inch of bone without breaking it (though it depends how quickly the force is applied).

25. Believe it or not, your eye color isn't necessarily static: About 10 to 15 percent of the Caucasian population undergoes eye-color changes. Careful though. Too dramatic a change can mean that you're coming down with a nasty eye disease such as Fuch’s heterochromic iridocyclitis, Horner’s syndrome, or pigmentary glaucoma.

26. Your lungs have a surface area roughly equal to that of a tennis court—that's about 2,800 square feet. Can they take the force of a fierce Rafael Nadal backhand, though? That remains to be seen.

27. Believe it or not, 150,000 hairs sprout from the average human head, and each one of those hairs can support a weight of about three ounces. By combining the strength of each of your luscious locks, you could support 12 tons, or roughly the weight of two elephants! Maybe the story of Rapunzel isn't so far-fetched after all?

28. In a standoff between hunger and sleep, hunger would win every time. That's because you can live about three (tragic and horrific) weeks without eating, but a mere 11 days without sleep, you'll start shutting down.

29. Your pinky—not your thumb—is actually where a good amount of your hand's strength comes from. Turns out losing a pinky will cost you more than the ability to drink with class, it actually supports half of all the strength of your hand!

30. Your small intestine is about 20 feet long (oddly enough, the large intestine is only five feet long). That means you could loop your lower intestine around the rim of a basketball hoop and have it touching the ground on both ends. That's a lot of guts all up inside you!

31. You've likely seen the red or violet eyes of an albino animal or human. In actuality, albinism leads to no pigment in the iris; light simply bounces right off the eye and then exits. This produces the "red" effect, and it's the same lighting trick at work in red-eye photographs.

32. If you're healthy and average, it's possible to produce four gallons of sweat per day. Even more fascinating: you don't just keep sweating until you shrivel up and die. Your body will shut down and force you to cool off—or die trying—before you run out of liquid for sweat.

33. You produce more body heat than you might think. Over the course of an hour, you radiate 350,000 joules of energy; that's enough to match a light bulb's output or boil a half-cup of water in just half an hour.

34. Over the course of your life, you'll produce enough saliva to fill up two swimming pools. Unless you're like one of Pavlov's dogs come dinnertime—then you might drool a bit more. The good news? In half of a lifetime, you can have the pool you've always dreamed of.

35. Human beings are the only living things which sleep on their backs. So that's one way in which the movie Ted isn't quite realistic, in case you were wondering.

36. Over the course of a person’s lifetime, they spend about 2 weeks kissing. Now that's what we call a fortnight! And as a bonus, human lips are hundreds of times more sensitive than the tips of a person’s fingers.