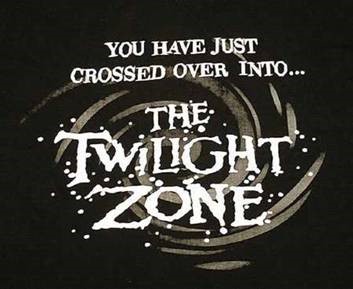 “You are about to enter another dimension, a dimension not only of sight and sound but of mind. A journey into a wondrous land of imagination. Next stop, the Twilight Zone!”

Beloved by children, teenagers and adults alike, the cult classic TV show The Twilight Zone has affected entire generations of people, prompting them to take a closer look at life and various phenomena and take nothing for granted, thanks to its unique combination of science fiction, mystery, and thriller/horror themes according to daysoftheyear.com. Not to mention how many of today’s well-known actors got their start in it—Burt Reynolds, Leonard Nimoy and William Shatner, to name but a few. How then could this majorly influential show not have its own holiday?

The Twilight Zone was created by acclaimed television producer Rod Sterling in 1959, with the first episode premiering on October 2nd. At the time of its release, it was vastly different from anything else on TV, and it struggled a bit to carve out a niche for itself at the very beginning. In fact, Sterling himself, though respected and adored by many, was famous for being one of Hollywood’s most controversial characters and was often call the “angry young man” of Hollywood for his numerous clashes with television executives and sponsors over issues such as censorship, racism, and war. However, his show soon gained a large, devoted audience. Terry Turner of the Chicago Daily News gave it a rave review, saying, “…Twilight Zone is about the only show on the air that I actually look forward to seeing. It’s the one series that I will let interfere with other plans”. The Twilight Zone ran for five seasons on CBS from 1959 to 1964.

Twilight Zone Day is an annual holiday created to celebrate this thought-provoking television series, where everything was strange and surreal and nothing was ever quite as it seemed to be.

How to celebrate Twilight Zone Day

There are a number of ways to celebrate Twilight Zone Day, and the one you choose may be connected to how well you know this

TV series. Believe it or not, there are still people out there who have never seen it! You could watch some episodes from the classic series, perhaps “To Serve Man”, “It’s a Good Life”, or “The Eye of the Beholder”, episodes that are widely considered some of the very best in the entier series. If you don’t know the series and would like to get a taste of what it was like in a nutshell, you could also watch the 1983 Twilight Zone Movie. If, on the other hand, you know The Twilight Zone very well, you could get together with some other Twilight Zone aficionados and play Twilight board or trivia games.

Alternately, you could discuss who you think were the strangest Twilight Zone villains, and what the true reasons were for them being the way they were. And what would a good party be without some tasty drinks? Yes, there are Twilight Zone cocktails! Finally, you can try making Twilight Zone cocktails, by mixing Bacardi White, Dark and 151 Proof Rum, Triple Sec, pineapple and orange juices. Sounds pretty scumptious, right? And that’s not its only benefit—if you have a few Twilight Zone Cocktails, you may well find yourself transported to a different dimension, too!fa