April Birthstone and Its Meaning 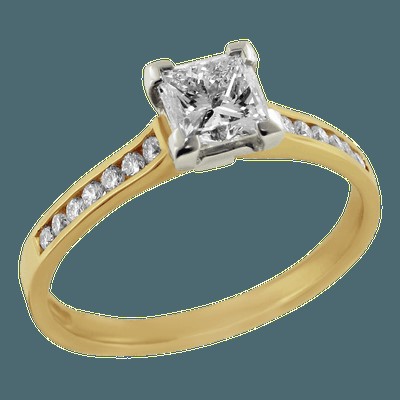 April, according to birthstones.me, is honored with the Diamond as its one and only birthstone. Both the Modern and the Traditional Birthstone Lists reflect this fact. The Month of April features two zodiac signs: Aries and Taurus. If you are born in either one of them, the Diamond is your personal birthstones.

However, it is good to know, that the Mystical Birthstone List, associates Carnelian with Aries and Rose Quartz with Taurus. In the following we will turn our attention only to the Diamond’s physical and metaphysical properties, because the Diamond is one of the most widely recognized birthstones of April.

Diamonds in their natural form are the hardest natural substances on the planet, and they are believed to have been around for billions of years. Because of their durability and interplay with light, Diamonds are an amazing gift for someone you love. Diamonds are symbols of eternal love and hence diamond rings are exchanged by couples during a wedding or engagement ceremonies.

Since diamonds are the traditional and modern April birthstones, they are of a great importance to those born in April. Wearing diamond is said to make them happier in their relationships, more successful at work and help them build strength from within. Diamonds are associated with other benefits such as mental clarity, balance, and prosperity.

The Diamond has always been very special. The most desired gemstone ever, Diamonds have been considered the real blessing for people all over the world. There are Sanskrit texts from the 400 B.C., which are available to historians today, talking about the extraordinary value and significance of diamonds. There was a major diamond trading business in Europe in the Medieval Era as well as during the Renaissance. Venice had a flourishing diamond cutting business, which has persisted to this day.

There are many theories about Diamonds – some historical texts say that diamonds were created by lightning bolts, while other texts belonging to some ancient culture suggest that diamonds are the tears of the gods. There is no doubting the value attached to diamonds throughout history by the various cultures of the world. The dominant scientific thinking of today is that most of the natural diamonds have been formed under high pressure and at high temperature deep within the Earth. However there is no consensus as to how some forms of natural diamond are formed, for example the “Carbonado”, or black diamond.

Diamonds were thought to have extraordinary healing powers. The ancients believed that diamonds could cure illnesses related to the brain and the pituitary gland. They believed that diamonds had a certain purity associated with them and could draw out the poisonous toxins that were harming the body from within.

The Hindu tradition links these precious jewels to Venus. Other ancient traditions associated Diamonds with the planet Mars. The association with Mars has probably something to do with the tradition of wearing diamonds by the warriors before engaging in battle for strength and protection. It was believed that a diamond stone can make the warrior invincible and strengthen his muscles. In fact, the ancient Greek expression for diamond means “invincible”.
The Origin of the April Birthstone

Nobody really knows how certain months came to be associated with different stones. Back in ancient times, breastplates of the Hebrew people used by their temple priests had 12 gems on them, each of different colors. Over time, these gems were linked to the Zodiac signs with each representing a month of the year.

These color stones represented good luck and people wore them, hoping for better luck, happiness and perhaps, love. Back in the days of the Roman Empire, people used to wear all 12 gemstones over a year, one for each month. It was believed that these gemstones had spiritual or even magical powers.

But it was only in 1912. when each gemstone was officially associated with a particular month of the year. That was when the American National Association of Jewelers created a list, assigning the various gems to the different months of the year. Thus diamonds became popularly recognized as the April gemstone.

Diamonds are today available in several different hues – red, yellow, pink, green and blue. They are available in a variety of shades such as faint to vivid. The most expensive diamonds are those that sparkle with intensity and are bright and colorful. Because of the huge demand for fancy-colored diamonds, diamonds are color-treated in workshops for better color and clarity.

As the April gemstone, the diamond is recognized as the King of all Birthstones. Diamonds are the most precious of all gemstones. They make for an ideal birthday gift for someone you love, especially if their birthday falls in the month of April.