Here Are The 2021 Atlantic Hurricane Names To Watch For 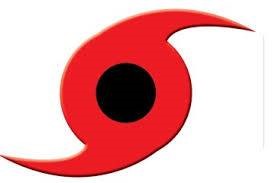 There are less than 60 days until the start of the 2021 Atlantic hurricane season (doesn't it feel like it just ended?) which begins on June 1 according to weather.gov.

The National Hurricane Center has released the list of names you can expect to hear from meteorologists this year:

Early predictions from Colorado State University, which issues seasonal hurricane forecasts each year, says this year is leaning toward a 65-percent chance of an above-normal 2021 season. The university will release its formal forecast on April 8.

Last year, the Atlantic season put up a record 30 named storms --- requiring the use of the auxiliary Greek alphabet for the second time ever.

However, in a season that overlapped the coronavirus pandemic, most storms spun away from Florida.

"I’d say it’s luck," National Weather Service meteorologist Mark Wool said. "There really isn't any one particular thing that we can hang our hat on and say, ‘Well, this is what protected Florida this year.’ It just happened to be the positioning of the steering currents, as various systems developed, continuously steered them into the Gulf of Mexico as opposed to approaching from the east."

Hurricane season runs from June 1 to November 30, but it's never too early to be prepared. Make sure you have a Weather App downloaded and ready to receive daily forecasts and to be the first to know when severe weather is coming to your area.