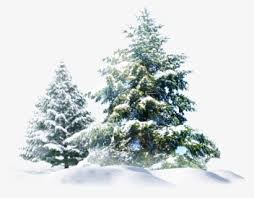 As we are already into January and the heart of winter here in the Northern Hemisphere, you might want to store away the earlier prediction methods for next year.  However, if you are the lucky on who has kept a weather diary, you just might be able to use the methods and be able to predict what the rest of your winter is like.  This article is by Jim Jung and from naturalalmanac.com

Who isn't wondering: "What will the Winter bring?"

While long-term weather prediction is getting better it's still only capable of predicting general trends. What everyone wants are accurate and precise predictions about specific weather topics, something Science just can't do. Fortunately a body of knowledge exists, one our ancestors were intimately acquainted with, that not only gives us all those answers, but promises 100%, sure-thing, falling-off-a-log accuracy.

The weather lore detailed below is the distilled essence of ten thousand years of weather watching by cultures all over the world. And while these weather rules were made without the benefit of science many have a sound scientific basis which just goes to show that our ancestors weren't stupid. So, for those of you, Gentle Readers, who wish information more specific than the Weather Channel or your local forecaster can provide, the following prediction guide is for you.

How to Predict First Frost

The first killing frost comes precisely 90 days after the first katydids begin to sing. Keep your ears open and mark that calendar!

There are three infallible methods of predicting snowfall for the coming year so take your pick:

1) Count the number of foggy mornings in August. This number will be the same as the number of snowfalls for the following winter, or if you're not a morning person...

2) Count the number of days from the first snowfall until Christmas. This number will also give the correct number of snowfalls to expect, or...

3) Count the number of days from the first snowfall of the season to the preceding New Moon. This, too, will tell you what the coming winter will bring.

A fact well-known to our ancestors but hardly ever taught today is that when snow lies in drifts in the shade and refuses to melt, these drifts become "snow breeders" which attract more snow. Also, if the sun shines while snow is falling, expect more snow very soon. If your dog howls at the moon it signifies an early snow. And remember, a white Christmas means a green Easter (and vice versa). This is an excellent way to gauge the length of winter since it gives you an idea of what to expect several months in advance.

Judging the length and severity of the winter is probably more important than knowing the number of snowfalls. Several fool-proof methods are known and easily observed by the average suburban homeowner:

Should a goose's breastbone be hard to obtain observe the moss growing on any nearby tree: the more moss on the south side of the tree the harder the coming winter. One can also watch squirrels burying their nuts: the deeper they bury them the lower the lowest temperature will be for the upcoming winter. Fruit trees blooming twice in one year are a certain sign the winter will be severe, and when rabbits habitually take shelter in brush piles a severe winter is assured.

The Moon is also an important short term weather indicator. When you see a ring around the Moon count the number of stars inside and this will tell you the number of days to the next bout of precipitation. If the Moon has two rings encircling it, expect snowfall within 24 hours.

January is perhaps the most important month for long term forecasting since the first twelve days of January predict the coming weather for the next twelve months.

To determine the rainfall for the coming year do the following: between 11:00pm and midnight on Christmas Eve or New Year's Eve (the Authorities are divided over the proper time) take a dozen onions, cut off their tops and scoop out a depression in their centers, and line them up in an east-west orientation. Then place an equal amount of salt in each depression. Don't look at them until the next morning when you'll find that the salt has dissolved to varying degrees in each onion. The more water in each onion the wetter the corresponding month will be in the coming year.

The preceding methods are guaranteed* to give accurate, timely, and precise weather information for nearly all weather needs. Oddly enough, the majority of weather superstitions cited here do have a scientific basis in fact and generally work fairly well. Had they not worked, of course, they wouldn't have been repeated and remembered.

*Well, hallowed by tradition, but not guaranteed by us personally!