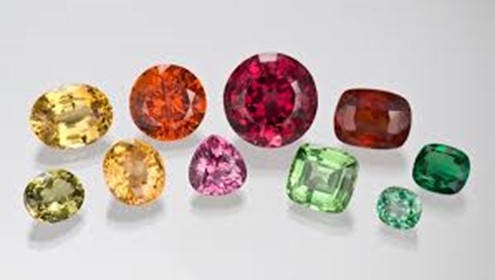 
Garnet, the birthstone of January, is mined in a rainbow of colors according to medium.com. From the deep red Bohemian Garnet to the fiery orange of Mandarin Garnet to the rich green of African Tsavorite and Russian Demantoid Garnet and to the most widely recognized color of Pyrope Garnet, it is considered a great gift to symbolize friendship and trust.


We also see it appearing in the oranges and browns of Spessartite and Hessonite from Namibia and Sri Lanka and the subtle pinks and purples of Rhododendron. Legend says Garnets light up the night and protect their owners from nightmares. Garnets have long been carried by travelers to protect against accidents far from home. Garnet is the birthstone for January but with its stunning variety of colors and its mystical powers it has been given as a gift for all occasions for centuries.