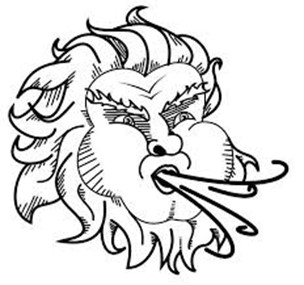 Whether it's ancient advice from your mom, or simply outdated safety suggestions, there are a few myths and misconceptions related to the weather — both severe storms and the seasons — that run rampant.

But to stay safe and healthy, you should be prepared with the most up-to-date information, journalist and climate survivalist Thomas M. Kostigen, author of the new National Geographic Extreme Weather Survival Guide, told weather.com.

"No matter where you live you're still living in nature," he said. "Just because you live in New York City or San Francisco or Chicago or downtown Detroit, you're still … susceptible to nature's wrath," he said. "Being in touch with nature even if it seems far afield is very important."

Myth: You Lose Heat Through Your Head

First, a common cold-weather myth. The saying goes we lose 90 percent of our body heat through our heads. But a 2006 study found that the head accounts for about 7 percent of the body's surface area, and that heat loss in the region is fairly proportional, according to LiveScience .

"Your head is another extremity, and it's susceptible to cold, so you should wear a hat, but it doesn't lose any more heat than another part of your body," Kostigen said.

Myth: Cold Gives You a Cold

In United States, the influenza virus spreads roughly from October to April, according to the U.S. Centers for Disease Control and Prevention. In Australia, the flu season is more like May to October — the Australian winter. In fact, everywhere that experiences a winter, there’s a flu season.

But it’s not because being cold gives you a cold, as your grandmother might have you believe.

The top theory: There's something specific about the influenza virus that enables it to flourish in cold, dry weather, Dr. William Schaffner, the immediate past-president of the National Foundation of Infectious Diseases and professor of preventive medicine at the Vanderbilt University School of Medicine, told weather.com last year. “Cooler air and lower humidity promote the transmission of the influenza virus from one person to another,” he said.

Another top winter myth is the idea that alcohol can help keep you warm, Kostigen said, when in fact, booze lowers body temperature. "We've seen the St. Bernards with the little flasks," he said, referring to traditional Swiss mountain rescue dogs. "But alcohol constricts blood vessels, and it lowers the ability for your blood to circulate and get to the skin to provide warmth."

Myth: Ration Water While Outside

Kostigen lives in Southern California, which is in the grip of historic drought. But when it comes to water and survival, he said, you shouldn't ration H2O, whether you're just on a hike, or in a life-and-death desert survival situation. "You should drink as much water as your body needs as you need it," he said.

When the choice is between risking severe dehydration and trying your luck with a mountain stream (that can carry dangerous pathogens), it's best to take a drink, survival expert Peter Kummerfeldt told weather.com earlier this year.  "Offset dehydration now, worry about it later," he said. "Doctors can fix [illness], but they can't fix death [from dehydration]."