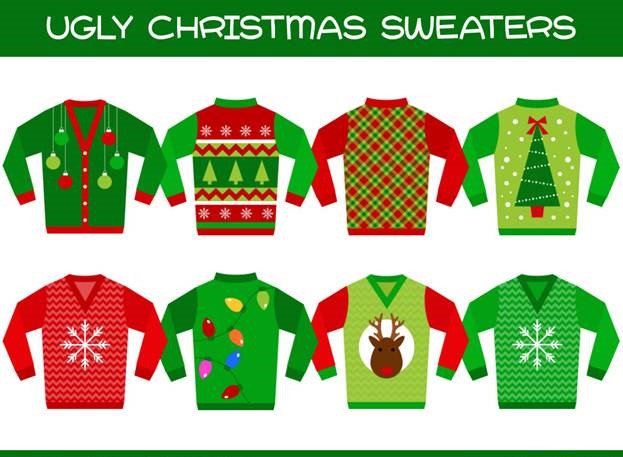 Hipsters Had Something to Do With It
Ā
Many people relate the rise of the “ugly sweater” to the rise of the hipster; people who are notorious for making trends out of things on the fringe of culture.
Ā
Business is Booming
Ā
From 2012 to 2015, the Ugly Sweater industry grew by 200%.
Ā
Everyone Wants a Piece of the Pie
Ā
Since the boom, retailers are making their own version of the ugly sweater and resale stores are cashing in on the trend by promoting their finds throughout the holiday season.
Ā
You Can Even Shop Ugly Sweaters with Celebrity Faces
Ā
From Beyonce to Bill Murray, even celebrities are hopping in on this billion dollar industry by creating ugly sweaters with their faces on them!
Ā
Why We Love National Ugly Sweater Day
Ā
It’s the one day we can wear something ugly and it actually be “cool”
Ā
Let’s face it, if you waltz into work on any other day wearing an “ugly sweater”, you would be the laughing stock of the water cooler. Save that ugly sweater for National Ugly Sweater Day and well, you’re the man (or woman) of the hour.
Ā
They’re Incredibly Warm and Cozy
Ā
Say what you want about ugly sweaters, but the one thing you can’t deny is their incredible warmth and coziness. Wearing one on makes you want to throw on a pair of fuzzy socks and curl up by a fire; hot chocolate included. Best part? This feeling lasts all day!
Ā
There’s an Ugly Sweater for Everyone
Ā
With the ugly sweater industry booming, there’s no better time to hop on the ugly sweater trend than now. From brand new, to do-it-yourself, to second-hand hidden gems, there’s an ugly sweater for every person and every personality. You just have to find it!
Ā