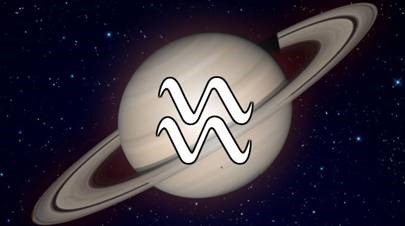 A time of reckoning for Neo-Liberalism, Globalism, Science, Technology & Supposed Progress as Saturn enters Aquarius for a long stay:  19 Dec 2020 – 7 March 2023 according to faysastrology.wordpress.com.

Saturn in Aquarius represents a time of reckoning, a judgement time (Saturn) for science and technology, for revolutionary movements, humanitarianism, globalism and internationalism, for the spread of information and knowledge (Aquarius), and for the people and institutions involved in such fields. This includes those who idealise equality and universal rights, innovators and inventors, those at the cutting edge of technology and scientific research, those with new ideas and visions of a different future, rebelling in the name of freedom or independence, as well as the disseminators of information and ideas such as intellectuals, universities, the mass media and internet companies. Saturn tests if they have done a proper job, which for Aquarius is to provide information and knowledge necessary for the advancement of human consciousness and to bring enlightenment and progress to humanity, and is a time when we become more aware of the weaknesses and failings in such fields. (For a more personal interpretation see Saturn in Aquarius Personal)

With Uranus (the Ruler of Aquarius) in Taurus during this period, disrupting stability and forcing change, there is likely to be an almighty clash between those who resist change and want to control it, and the revolutionaries and progressives who want change, reform and a different world, a clash between the internationalists, globalists and rights movements and the nationalists who want independence and solid, common-sense reform in the national self-interest. And with Pluto in Capricorn exposing corruption within the system and bringing turmoil to the establishment and elites, and Jupiter joining Saturn in Aquarius in December 2020, bringing a boost to democracy, progress and innovation, this is indeed a time of chaotic upheaval and ground-breaking change to the current neo-liberal establishment. However, with Neptune in Pisces also during this time when deception and disillusionment is rife and powerlessness, irrationality and escapism reign, it is likely to be very difficult to determine what is true or not and very hard work to see through the fog of fake news and one-sided debates that come with Neptune’s urge for peace and consensus.

Saturn tests endurance, solidity and soundness by crystallising problems so that they can no longer be ignored, in order to highlight weaknesses and the need to tackle them.  Saturn in Aquarius therefore brings challenges, such as hostility and criticism, threats and fear-mongering, regulations and laws, a lack of resources and a disempowering meanness, all which suppress, limit and weaken the areas associated with Aquarius, in order for it to be put to the test. This can therefore be a punishing time for those involved in Aquarian fields, and in particular those who have not done their duty, taken their responsibilities seriously and have neither been thorough in their research nor true to their goals.

Saturn in Aquarius means a fear of the new and different, a narrow -mindedness and Luddite mentality that opposes innovation and invention out of fear, and distrusts anything ‘new-fangled’. So this is a time of restrictions on research and discovery, a narrowing of new theories and a tightening of research budgets, which put the dampers on innovation and technological and scientific advancement. There is a stifling of the free flow of information and progressive ideas, the withering of intellectual debate and the sharing of different ideas to advance understanding, a lack of team spirit or sense of community. It is a time when beliefs and opinions become hardened into undebatable fact, when ideas crystalise into dogma and when closed -mindedness and intolerance of differing views become rife. Regulatory bodies can be introduced to police what is communicated and to punish offenders, so freedom of speech is curtailed and intelligent thought and debate weakened. Any dissent to the current consensus is inhibited or prohibited and there is a silencing of those speaking out against the prevailing orthodoxy/authority. Information is dumbed down, ideas made black and white, and transmitted as hard facts, commands or orders, brooking no argument or questioning and without logic and reason.

This is therefore a time when there is a stifling of democracy, when we fear the consequences of protesting or saying what we truly think, when the authorities clamp down on those who seek change and tighten control over any deviance from the norm, when revolutionary thought and movements are suppressed. Protest or rebellion over issues such as freedom, independence, human rights, equality and gender rights, can be thwarted, banned or outlawed. The disruption and chaos they bring is frowned upon and used as a reason to limit or prohibit them. Humanitarianism is criticised and thwarted as not genuinely humanitarian, and there is fear and mistrust of diversity and globalism. A crystallisation of group identities takes place and leads to the dogma of group identity politics and the negation of true diversity and respect for the individual. Places of higher learning and research, supposed to expand consciousness and knowledge of the universe and universal laws, are likely to suffer and have difficulty in carrying out their proper function, as are the media, social media and the internet companies, who are there to encourage communication and the dissemination of information, global news and new ideas. There is a clamping down on such facilities, a tightening of the rules, with new laws to restrict what is allowed to be said or published and new authorities to monitor and check the rules are followed. We are already seeing examples of this, which are likely to get worse, in order for us to become truly aware of just how much they are not fit for purpose (see below).

Saturn in Aquarius is a time when we may despair of the narrowness of the global news given out by the mass media and how limited and poor their reporting. It is a time when we lack trust in what is claimed as ‘progress’, when we lack confidence in what is put forward as science, knowledge or the ‘truth’ and when it is very hard work to find out or question the validity of the information being broadcast. It can become very evident how lacking and ill-equipped those in Aquarian fields are, how narrow the thinking and ideas, how weak the theories, how unreliable and untrue the information and claims of proof and knowledge, how nonsensical the reforms, how unscientific the science, how lacking the technology, how ineffectual the innovations, how impractical the visions and how hypocritical the claims of humanitarianism, democracy and fighting for rights.

The institutions and people involved can come under scathing criticism, may be sacked, punished or even imprisoned for their failings and incompetence, for living in their own bubble, detached from reality, unaware of what is going on around them, intent only on their own agendas, theories or ideologies. Internationalists and globalists, including politicians and political parties who advance such agendas, can suffer because they are oblivious to the deep attachments and loyalties people have, or consider them irrational and unintelligent, such as the tribalism, patriotism and nationalism that exists in human nature, which distrusts outsiders and those who are different (see also Uranus in Taurus). Airy fairy ideas, ideals and ideologies not based in reality are likely to die a death. Those who have not genuinely strived for greater enlightenment, true democracy, freedom of thought and communication, but have become dogmatic tyrants, parading their opinions as truths, forcing their ideas on others, will have to recognise their failings or otherwise be weakened, perhaps to the point where they cease to exist.

Saturn in Aquarius brings a time when a dampening of hopes for the future and a dearth of visions and ideals for a new, alternative future may make us feel depressed, but this is in order for us to evaluate, reassess and define what we really want for the future, to be practical in our visions and to have concrete alternatives worked out. Saturn demands a need to be realistic and work within existing limitations and with the resources available, however meagre, so can be difficult, but is necessary. Good organisation and preparation is needed combined with discipline and perseverance in order to restructure and build strong foundations, which are fit for purpose and for the future.

So this is a time to re-organise systems and structures so that they fulfil their intended function, which, in Aquarius, is to bring freedom and independence, enlightenment and progress, and to ensure that those most competent to do this are at the top of any hierarchy. The focus needs to be to establish institutions that truly recognise their responsibilities to advance society with new ideas, reforms and innovations that benefit humanity as a whole. This is to ensure our science, technology, higher learning and news broadcasting systems are fit for purpose and we have trustworthy disseminators of information, that thorough research is carried out to ensure theories, reforms and innovations are sound, that truths are discovered and spread, that a free flow of information and ideas is allowed with proper questioning and intelligent debate in order to bring new knowledge and understanding to the world. It is a time to create a solid base that will endure into the future, from which new ideas and inventions can flourish, intellectual consciousness can be advanced, a sense of community can be built and a more humanitarian, democratic progressive and well-informed world can be made real.

Examples Of The Weakening of Aquarius