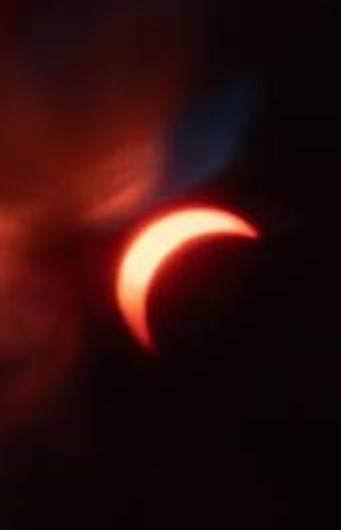 The Gemini Full Moon today is a Lunar Eclipse according to astrologyking.com. The spiritual meaning of this Full Moon relates to change and uncertainty in love relationships and also with money.

The Lunar Eclipse activates not only the polarity of Sun opposite Moon but also Venus opposite Uranus. It also activates the most intense axis in the sky, fixed stars Aldebaran and Antares. The Eye of the Bull opposite the Heart of the Scorpion.

This highly charged Lunar Eclipse creates much tension, anxiety, uncertainty, and insecurity. But with flexibility, you can adapt to changing conditions and take advantage of opportunities to improve your love life and your finances.

Like a regular Full Moon only stronger, the Sun opposite Moon of a Lunar Eclipse brings your home, family, and intimate relationships into sharper focus. Opposing forces such as work versus home, or what you need versus what you want, create inner tension and external pressures. This can lead to conflict and crises that drain your energy.

The Lunar qualities of emotions and instincts reach their peak at a Lunar Eclipse. So use your increased emotional strength and intuition to overcome any relationship challenges. Subconscious awareness allows for an impartial and balanced look at your personal relationships. You will clearly see any relationship dynamics or negative feelings causing disharmony. A Lunar Eclipse represents a resetting of your emotions, clearing away the emotional baggage of the previous six months.

Today's Lunar Eclipse at 08° Gemini 38′ sits on a very intense axis of fixed stars. Aldebaran at 10° Gemini 04′ opposite Antares at 10° Sagittarius 02′ . The Full Moon also links to another polarity in Venus opposite Uranus as well.

The Moon quincunx (150°) Venus increases your need for love and affection but it can also increase relationship tension. It highlights any imbalances involving emotional support and love. The amount of love received is not the same as the amount given.

A secret friendship or affair may develop with a friend, colleague, or relative of your partner. Or you may seek emotional comfort in sweet food or drugs. Even if you are single, This Full Moon may highlight an internal imbalance involving self-love and how you feel about yourself.

Any imbalances involving love and emotion may be karmically related to your family, especially your mother. Perhaps she was emotionally distant, or interfering, or overly possessive. Addressing unresolved issues from this relationship is the key to restoring balance. Your own mental health, your marriage, and even your children may continue to suffer if you don’t do something.

The Sun quincunx (150°) Uranus increases nervous tension and anxiety. A sense of impending change can feel exciting but also a little scary, and makes it hard to relax.

It is likely you will seek more freedom and creative self-expression, especially if you have been restricted or bored lately. Or pressure to change may come from someone with some power over you. An unexpected event may force you to change your routine, behavior, or plans.

It is important to be flexible and adapt to changing conditions. If you resist change and become arrogant or disruptive, you may suffer loss or miss out on an important opportunity.

An adjustment is needed whether you are forced to make changes or you find a different way forward yourself. You probably don’t need to totally change direction but rather make a minor change. Doing something in a slightly different way could make all the difference.

Venus opposite Uranus is a sign of change and uncertainty in love relationships but also with finances. Unexpected events may cause tension and anxiety.

In an existing love relationship, an increased need for freedom and excitement can lead to erratic and unpredictable behavior. Flirting or sexual experimentation may lead to some drama. While a healthy relationship would endure such transgressions, an affair would more likely lead to a sudden separation.

If dating, a new romance now would certainly be exciting. This aspect especially suits internet dating and meeting people from different backgrounds than your own. But it also favors one night stands rather than long-term commitment. However, if you are the unorthodox type and need your freedom, a new relationship with a similar person could lead to marriage.

Whatever your situation, if love is not an option then change and excitement can manifest in another area of life. Financial windfalls are possible but so are losses. This aspect gives a tendency to risk-taking and gambling.

The Rectangular Aspect Pattern in the Full Moon astrology chart is called an Irritation Rectangle, or Stimulus Rectangle.  The oppositions create a lot of activity. They make you want to achieve something and reach goals. Sun opposite Moon sees the activity centered on intimate relationships and balancing polarities. Venus opposite Uranus exaggerates the differences between partners. The gap between the two possibilities becomes more extreme and dramatically increases the tension.

The outer aspects absorb the constant inner tension but rest and relaxation are almost impossible. The high energy never stops and is constantly recharging. You will be thinking up new possibilities. Feeling “on-call” all the time can make you very nervous. A permanent state of tension is like always being “on the go”.

The flexible outer aspects give the whole structure great stability but also creates a big target. You may be overly defensive about verbal attacks. Difficulty communicating will appear as uncertainty and insecurity. You may feel a compulsion to learn in order to alleviate the inner tension. Avoid a tendency to force-feed others with your newly gained knowledge.

The Lunar Eclipse in the Sign of Gemini aligns with the brightest star in the Constellation of Taurus. This discrepancy is due to the precession of the equinoxes which has moved the Sun Signs almost a whole Sign out of alignment with the Constellations from which they were named over 2000 years ago.

Aldebaran in the Eye of the Bull portends riches and honor (especially in war). It also gives intelligence, eloquence, steadfastness, integrity, popularity, courage, ferocity, a tendency to sedition, a responsible position, public honors, and gain of power and wealth through others, but its benefits seldom prove lasting and there is also the danger of violence and sickness.

Aldebaran causes constant stress and anxiety but brings success in making money. It makes people “restless and riotous, always stirring up popular dissent and revolution.” It is also said to inflame the minds of the people with furious quarrels and to be an enemy of quiet and peace.

Antares in the Heart of the Scorpion causes malevolence, destructiveness, liberality, broad-mindedness, evil presages and danger of fatality and makes people rash, ravenous, headstrong, and destructive to themselves by their own obstinacy.

Antares also makes people tough, belligerent, and pugnacious. This is an important star for military personnel and is said to convey mental alertness, strategic ability, courage and to make daredevils. [4]

Venus conjunct fixed star Acrux (12 Scorpio 08): Acrux in the Southern Cross gives religious beneficence, ceremony, justice, magic, and mystery, and is frequently prominent in the horoscopes of astrologers and occultists. [2]

Acrux is credited with intuition, a grasp for the inner nature of one’s fellow man, a preference for occult studies, the gift of successful investigation of the hidden side of things, an inventive mind, and a deeply religious nature connected with mystical and theosophical interests. [4]

Alphecca in the Northern Crown gives honor, dignity, and poetical and artistic ability. [1]

Hamal on the forehead of the Ram causes violence, brutishness, cruelty, and premeditated crime.

Lunar Eclipse  2020 Summary
The Lunar Eclipse is connected to Venus opposite Uranus to bring change and uncertainty in love relationships and also with finances.

Sun opposite Moon is connected to Venus opposite Uranus by two quincunx aspects. These aspects of karmic imbalance create nervous tension and anxiety. Balance can be restored by making adjustments in response to changing conditions.

The aspect pattern created by the Sun, Moon, Venus, and Uranus dramatically increases the tension. But the uncertainty and insecurity force you to learn and come up with new possibilities to relieve the tension.

The Full Moon Lunar Eclipse activates two of the most intense fixed stars. The Moon with Aldebaran opposite the Sun with Antares amplifies the stress and tension created by the planetary aspects.

Sun opposite Moon, Venus opposite Uranus, and Aldebaran opposite Antares create extremely intense polarities. This is a highly charged Lunar Eclipse with the potential to cause breakups, nervous breakdowns, and financial loss. It could trigger riots, anarchy, and revolutions.

But with flexibility and adaptability, Lunar Eclipse also brings exciting opportunities. Using your intuition to take advantage of changing conditions can improve your love life and your finances.

The Full Moon Lunar Eclipse will be visible in much of Europe, much of Asia, Australia, North America, South America, the Pacific, Atlantic, and the Arctic.

Being a Penumbral Lunar Eclipse, only the fuzzy outer shadow of the earth falls on the face of the Moon. No blackening occurs but there should be some dark shading over one edge of the moon.

If the Full Moon directly impacts your horoscope decan you can read about its effect in your monthly horoscope.