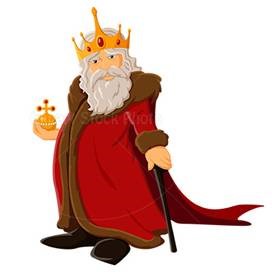 The centuries following the fall of the Roman Empire in 476 A.D. are often referred to as the Dark Ages—but were they really?  In this article from history.com we find out.

1. The idea of the “Dark Ages” came from later scholars who were heavily biased toward ancient Rome.

In the years following 476 A.D., various Germanic peoples conquered the former Roman Empire in the West (including Europe and North Africa), shoving aside ancient Roman traditions in favor of their own. The negative view of the so-called “Dark Ages” became popular largely because most of the written records of the time (including St. Jerome and St. Patrick in the fifth century, Gregory of Tours in the sixth and Bede in the eighth) had a strong Rome-centric bias.

While it’s true that such innovations as Roman concrete were lost, and the literacy rate was not as high in the Early Middle Ages as in ancient Rome, the idea of the so-called “Dark Ages” came from Renaissance scholars like Petrarch, who viewed ancient Greece and Rome as the pinnacle of human achievement. Accordingly, they dismissed the era that followed as a dark and chaotic time in which no great leaders emerged, no scientific accomplishments were made and no great art was produced.

2. The Church replaced the Roman Empire as the most powerful force in Europe, redefining the relationship between church and state.

In Rome’s absence, Europe in the Early Middle Ages lacked a large kingdom or other political structure as a single centralizing force, apart from a brief period during the reign of the Frankish Emperor Charlemagne (more on that later). Instead, the medieval Church grew into the most powerful institution in Europe, thanks in no small part to the rise of monasticism, a movement that began in the third century with St. Anthony of Egypt and would rise to its most influential point in the High Middle Ages (1000-1300 A.D.).

Kings, queens and other rulers during the early medieval period drew much of their authority and power from their relationship with the Church. The rise of a strong papacy, beginning with Gregory the Great (pope from 590 to 604), meant that European monarchs could not monopolize power, unlike in the days of the Roman Empire. This idea of limits on royal power would continue into the High Middle Ages, influencing such milestones as the Magna Carta and the birth of the English Parliament.


3. The growth of monasticism had important implications for later Western values and attitudes.

The dominance of the Church during the Early Middle Ages was a major reason later scholars—specifically those of the Protestant Reformation in the 16th century and the Enlightenment in the 17th and 18th centuries—branded the period as “unenlightened” (otherwise known as dark), believing the clergy repressed intellectual progress in favor of religious piety. But early Christian monasteries encouraged literacy and learning, and many medieval monks were both patrons of the arts and artists themselves.

One particularly influential monk of the Early Middle Ages was Benedict of Nursia (480-543), who founded the great monastery of Montecassino. His Benedictine Rule—a kind of written constitution laying out standards for the monastery and congregation and limiting the abbot’s authority according to these standards—spread across Europe, eventually becoming the model for most Western monasteries. Finally, Benedict’s insistence that “Idleness is the enemy of the soul” and his rule that monks should do manual as well as intellectual and spiritual labor anticipated the famous Protestant work ethic by centuries.

4. The Early Middle Ages were boom times for agriculture.

Before the Early Middle Ages, Europe’s agricultural prosperity was largely limited to the south, where sandy, dry and loose soil was well suited to the earliest functioning plough, known as the scratch plough. But the invention of the heavy plough, which could turn over the much more fertile clay soil deep in the earth, would galvanize the agriculture of northern Europe by the 10th century. Another key innovation of the period was the horse collar, which was placed around a horse’s neck and shoulders to distribute weight and protect the animal when pulling a wagon or plough. Horses proved to be much more powerful and effective than oxen, and the horse collar would revolutionize both agriculture and transportation. The use of metal horseshoes had become common practice by 1000 A.D. as well.

Scientists also believe something called the Medieval Warm Period took place from 900 to 1300, during which the world experienced relatively warm conditions. This held particularly true for the Northern Hemisphere, extending from Greenland eastward through Europe. Combined with key advances in farming technology, uncommonly good weather appears to have fueled the agricultural boom of the period.

5. Great advances were made in science and math—in the Islamic world.

Among the more popular myths about the “Dark Ages” is the idea that the medieval Christian church suppressed natural scientists, prohibiting procedures such as autopsies and dissections and basically halting all scientific progress. Historical evidence doesn’t support this idea: Progress may have been slower in Western Europe during the Early Middle Ages, but it was steady, and it laid the foundations for future advances in the later medieval period.

At the same time, the Islamic world leaped ahead in mathematics and the sciences, building on a foundation of Greek and other ancient texts translated into Arabic. The Latin translation of “The Compendious Book on Calculation by Completion and Balancing,” by the ninth-century Persian astronomer and mathematician al-Khwarizmi (c. 780-c. 850), would introduce Europe to algebra, including the first systematic solution of linear and quadratic equations; the Latinized version of al-Khwarizmi’s name gave us the word “algorithm.”

6. The Carolingian Renaissance saw a flowering in the arts, literature, architecture and other cultural realms.

Karl, a son of Pepin the Short, inherited the Frankish kingdom with his brother Carloman when Pepin died in 768. Carloman died several years later, and 29-year-old Karl assumed complete control, beginning his historic reign as Charlemagne (or Charles the Great). Over some 50 military campaigns, his forces fought Muslims in Spain, Bavarians and Saxons in northern Germany and Lombards in Italy, expanding the Frankish empire exponentially. As representative of the first Germanic tribe to practice Catholicism, Charlemagne took seriously his duty to spread the faith. In 800, Pope Leo III crowned Charlemagne “emperor of the Romans,” which eventually evolved into the title of Holy Roman Emperor.

Charlemagne worked to uphold this lofty distinction, building a strong centralized state, fostering a rebirth of Roman-style architecture, promoting educational reform and ensuring the preservation of classic Latin texts. A key advancement of Charlemagne’s rule was the introduction of a standard handwriting script, known as Carolingian miniscule. With innovations like punctuation, cases and spacing between words, it revolutionized reading and writing and facilitated the production of books and other documents. Though the Carolingian dynasty had dissolved by the end of the ninth century (Charlemagne himself died in 814), his legacy would provide the foundations—including books, schools, curricula and teaching techniques—for the Renaissance and other later cultural revivals.