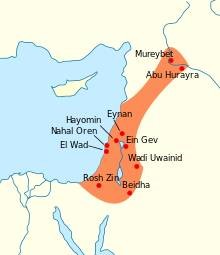 Any historical information is valuable, even if the revelation is as minor as the type of material used to make clothing, or the specific kind of silverware a certain group used. However, some groundbreaking studies not only teach us about the minutiae of history, but also can be linked back to things that are very relevant today according to mentalflare.com.

Recently, scientists made a wild discovery that drew the fascination of not only academic types, but also the everyday person. That’s because the research gave us some pretty shocking insight into one of modern society’s most popular beverages.

A team of Stanford scientists led by professor Li Liu recently set out to uncover information about a highly interesting and historically significant group of Ancient people, the Natufians.

The Natufians were an ancient people who lived in the Levant, which is now the Middle East. Even before sustained agriculture, these peoples sustained sedentary, non-nomadic lifestyles — a rare and impressive feat.

When the scientists began their study, they simply sought to understand more about the Natufians’ diet, including what kinds of plant-based foods they ate. However, what they discovered would be far stranger.

While combing through an old graveyard located near the modern-day city of Haifa, Israel, the experienced researchers found something that they never expected to see.

What they had stumbled upon appeared to be a beer-making setup, complete with mortars, stones for cooking, and even grinding equipment. Liu suspected that this apparent brewery would add up to be a very special find indeed.

Wanting to nail down the timeline of when these materials could have originally been used, the team got straight to work analyzing the mortar and testing it to assess its age.

The conclusions were astounding: the operation dated back to between 11,700 and 13,700 years, even more significant because of its chronological relation to another seriously important milestone.

Amazingly, this time line puts the brewing of beer as happening years before the first cultivation of grains into cereal or bread. Put another way, the study suggests that humans were throwing back alcoholic drinks before they ever tried toast.

And this theory was not entirely unprecedented. The idea has been floated in one way or another since the 1950s, but it wasn’t until now that people have actually begun to take it seriously. Liu had more theories.

As Liu commented, this tells us that beer “was not necessarily a result of agricultural surplus production…but it was developed for ritual purposes and spiritual needs, at least to some extent, prior to agriculture.”

In fact, other research that has been done on the Natufians substantiates this amazing fact. It is likely that they made and drank beer for the purposes of special feasts, in particular as a manner of commemorating the dead.

However, in a broader sense, there’s a large amount of evidence that beer might play an even more fundamental role in the development of human society, one that people might not suspect.

It’s widely thought that beer was essential in breaking down social codes, allowing human beings to achieve things such as love, exploration, and art, which otherwise would have been stifled by oppressive cultural norms.

However, even after making this staggering discovery, the Stanford researchers were not finished. They needed to do one more thing to advance their theory, and the results were interesting…to say the least.

The scientists decided to recreate the old process of beer-making, a procedure that contained three crucial steps. They got to work using old-fashioned materials similar to the ones the Natufians would have had.

First, they had to put the grains in water. Next, they drained and dried them, resulting in a substance known as malt. And finally, they mashed the whole thing together. Then, it was time to taste it…

The result was not exactly what they expected, as the drink they made was most certainly a far cry from the craft beers and microbreweries that hipsters love to frequent today…

The alcohol that they had created using the age-old process was not foamy and delicious like the stuff of today is. Instead, it had a thin, grainy consistency almost akin to a porridge or gruel.

Yet while we may not want to drink it ourselves, there’s no need to look down on the Natufians and the liquor that they liked to imbibe. This discovery proves just how ingrained alcohol is to society, even tens of thousands of years ago.

As another scientist on the team, Jiajing Wang, commented, “Beer making was an integral part of rituals and feasting, a social regulatory mechanism in hierarchical societies.” For some people, this was an inspiring message.