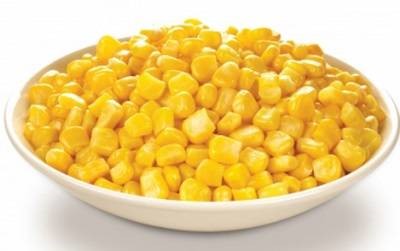 This ancient vegetable is packed with nutrients, especially when you use it in our fabulous corn slaw recipe according to webmd.com!

Nothing says summer quite like corn on the cob -- maybe because of the veggie’s climatic roots. Scientists believe the people of central Mexico developed corn from teosinte, a wild grass, at least 7,000 years ago. Also known as maize, corn eventually spread north to the southwestern United States and south to Peru. Columbus acquired corn from Indians in America and brought it back to Spain. From there it spread to Western Europe and, in time, to the rest of the world; corn is now produced on every continent except Antarctica.

Today, numerous varieties are cultivated, but the most common are flint, dent, sweet, and popcorn. Corn is nutritious, providing fiber, which aids in digestion, plus folate, thiamin, phosphorus, vitamin C, and magnesium (about 10% of the daily value for each). And just for fun, before you bite into that cob at your next barbecue, take a closer look: The average ear has 800 kernels, arranged in 16 rows, with one strand of silk for each kernel.

1.    Prepare grill.
2.    Shuck, wash, and dry corn and coat with cooking spray.
3.    Wash peppers, slice into quarters, and coat with cooking spray.
4.    Place corn and peppers on the grill for about 10 to 15 minutes, turning frequently, until corn is lightly browned.
5.    Cut kernels off the corn cobs and chop peppers in size similar to corn kernels.
6.    Combine corn, peppers, and remaining ingredients. Season with salt and pepper and toss well. Chill for 1–2 hours.
7.    Serve chilled or at room temperature on top of grilled fish, in soft corn tortillas with meat or fish, as a dip with baked pita chips, or as a colorful side dish.