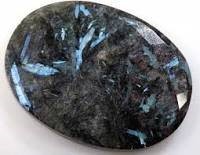 Six Important Factors for this month's full moon according to darkstarastrology.com:


1 It will take place at 11° Aquarius 45' in Decan 2 (ruled by MercuryO). Stately ducks & professional cranes.

3 The full moon will be square Uranus

4 Mercury opposite Saturn at 27ş Cancer/Capricorn

5 The moon takes place in the 22nd lunar mansion ~ Sa’d al-Dhabih. The Lucky One Of The Slaughterers

6 The full moon tarot card is the 6 Of Swords.

“A man who looks like a king, who permits much to himself and abhors what he sees. This is a face of beauty and position, having what is desired, completion, detriment, and debility”


“The moon in Sa’d al-Dhabih takes on a great burst of speed and energy. The image of this mansion is reminiscent of the Greek Hermes and the Roman Mercury the swift messenger of the gods with his helmet and winged feet. This is a mansion of speed but also a mansion of escape when it appears it means that we may soon receive a message for the answer to our queries and also signifies the end of an illness (CV?) and the onset of recovery or main indicates that we are escaping from an undesirable situation.

It also warns that it may be necessary to emulate the image of this mansion and act quickly in order to escape or that we are in need of liberation of an intolerable situation. Often we become too set in our ways and are willing to put up with all sorts of pressures rather than make necessary changes.”

This Full Moon is worst for: nags, turbulence, slaughterers, trying for a baby, weddings, sailing.

Nuummite is chosen because it is great for magic against the sorcerers while keeping us grounded and protected.

”Its wild-nature energies give fiercely protective powers…a great antidote to urban & over-reliance on technology…  Hold in the center of your forehead to send a blast of nature energy down towards your feet, and it will bounce up again”

“Nuummite, the Sorcerer’s Stone. Black as midnight shadows on moonlit water… lifting the murky to see what lies beneath.” ~ crystalvaults.com

Nuummite is a rare metamorphic rock that consists of the amphibole minerals gedrite and anthophyllite. It is named after the area of Nuuk in Greenland, where it was found. Wikipedia.org