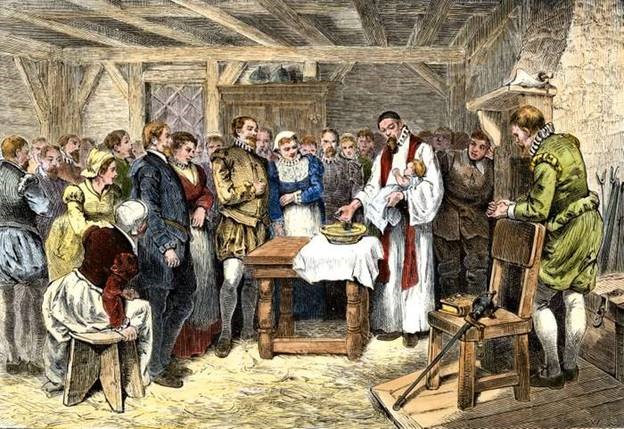 Imagine you disappeared. Your social security number wiped, your personal accounts deleted, and your entire presence on the internet erased. For some, that’s a dream. Even the richest among us can’t escape deleted tweets from 10 years ago. These days, living under the radar is truly a fantasy according to curiosityweoo.com.

But during the early colonization of America? It was easy to lose track of people here and there. An entire population vanishing, though, was still a difficult task. That’s why the lost Colony of Roanoke Island haunts archaeologists and historians alike to this day, though recent research says the answer to this centuries-old mystery may be closer than we think.

When Christopher Columbus so famously sailed the ocean blue in 1492, England got jealous. Establishing a colony in North America seemed like a savvy move. So, after defeating Spain’s “Invincible” Armada, a green-with-envy England decided to send explorers to the dangerous New World.

One of these expeditions included an artist named John White. White’s job was to create a visual record of the native people and map the islands along the coast of the Atlantic. Two years later, his role would be drastically different.

After a successful expedition, John White was tasked with establishing the first English colony in America. The colony would include men, women, and children with White acting as Chief Governor. Enchanted by the idea, he began to gather volunteers.

In 1587, John White led 120 colonists across the Atlantic. He brought along his only daughter, Eleanor, who was pregnant with her first child. They landed off the coast of what was then Virginia. They repurposed an abandoned military camp nearby, unaware of how short-lived their stay would be.

The now-infamous “Roanoke Island” would have been England’s first established colony in America, giving them a much-needed victory over Spain. John White would’ve been considered a hero, even royalty. But the New World came with surprises.

Days after settling, Eleanor gave birth. Baby Virginia was the first child born of English parents in North America. She was also John White’s only grandchild. With a successful colony and a bouncing new baby, John White was happier than ever…for a little while.

Supplies were quickly running low at the settlement. So, with haste, John White sailed back to England to stock-up on essentials and find new volunteers. He was looking forward to praise and acclaim upon his return. Instead, he found himself in the middle of a massive Spanish invasion.

All English ships were confiscated for battle. Without a boat, John White was stranded in England for three whole years. Finally, in 1590, White returned to Roanoke Island to be met with heartbreak. The entire colony, including his family, had vanished.

Where could over 100 people have gone? White searched the island for signs. He feared finding a Maltese cross, which would indicate the colony had been pushed out by force. In the middle of town, there were two strange messages.

The first message was a post carved with the word “CROATOAN.” The second was a tree carved with the letters “CRO,” perhaps a first attempt. Thankfully, there was no cross, which gave White hope. After consideration, he realized what the message meant.

The “Croatoan” were a native tribe who lived on an island nearby. They had been friendly with the English, which brought White some comfort. And yet, despite being a mapmaker, White wasn’t sure which island the Croatoan lived on. He began the daunting search.

Despite White’s best efforts, there was no evidence of his colony on any of the surrounding islands. The search party was quickly snuffed out by harsh weather conditions. With dwindling supplies, White had no choice but to retreat. The question remained — what happened to those 120 people?

Unfortunately, White wouldn’t live long enough for another journey. He died around 1593, having made peace with the loss of the colony and his family. One would assume that modern archaeologists would be able to solve the mystery that haunted White to his deathbed, yet there is still hot debate.

Some believe the Croatoan natives took the settlers in. However, DNA records and physical remains from surrounding islands are inconclusive. In addition, the natives were unlikely to have enough resources to care for such large number. Of course, there’s a more brutal possibility.

Between warring tribes, murderous Spanish forces, and the dangers of the New World, the Lost Colony may have faced a gruesome death. However, a discovery in the 1990s seemed to dispute that idea.

An excavation on the island of Hatteras, close to Roanoke, came up with an interesting find: a gold ring that seemed to date back to John White’s expedition. This would provide evidence that the colonists survived over 60 miles south. Years later, the ring was re-examined and stirred new debate.

An X-ray device was used to determine the ring’s composition. Turns out, it was a fake. A mix of silver, lead, tin, and nickel was found, meaning it was brass. The ring was likely a common item. AKA: junk. There was only one bit of evidence left.

An explorer named John Lawson visited the Hatteras Island in 1709 where he met natives claiming to be descendants of “White people.” They were notably friendly toward the English. Lawson noted their grayish eyes, which could indicate a mixed heritage. He was convinced they had descended from the Lost Colony.

In truth, the islands had been re-inhabited multiple times, meaning any European colony could have interacted with the natives and influenced their genetics. With no remaining evidence, scientists can only look to John White’s paintings, like the one below, for answers.

The mystery of the Lost Colony attracts curious visitors and researchers from around the world, determined to un-Earth any answers they can find. With a tourist attraction that appealing, it’s a mystery worth remaining unsolved.