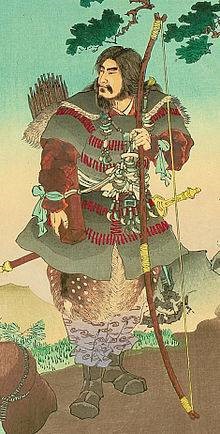 National Foundation Day (建国記念の日 Kenkoku Kinen no Hi) is a national holiday in Japan celebrated annually on February 11, celebrating the mythological foundation of Japan and the accession of its first emperor, Emperor Jimmu at Kashihara gū on 11 February 660 BC according to wikipedia.com.

The origin of National Foundation Day is New Year's Day in the traditional lunisolar calendar. On that day, the foundation of Japan by Emperor Jimmu was celebrated based on Nihonshoki, which states that Emperor Jimmu ascended to the throne on the first day of the first month.

In the Meiji period, the government of Meiji Japan designated the day as a national holiday because of the modernization of Japan by the Meiji Restoration. Under the bakufu, people in Japan had worshiped the emperors as living gods, but regional loyalties were just as strong as national loyalties with most people feeling an equal or a stronger loyalty to whatever daimyō ("lord") that ruled over their province as they did to the shōgun who ruled from distant Edo, let alone the emperor who reigned in the equally distant city of Kyoto. Moreover, Shintoism has a number of deities, and until the Meiji Restoration, the emperors were just one of many Shinto gods, and usually not the most important.

During the Meiji period, the government went out of its way to promote the imperial cult of emperor-worship as a way of ensuring that loyalty to the national government in Tokyo would outweigh any regional loyalties. Moreover, the process of modernization in Meiji era Japan was intended only to ensure that Japan adopted Western technology, science and models of social organization, not the values of the West; it was a recurring fear of the government that the Japanese people might embrace Western values like democracy and individualism, which led the government to rigidly insist upon all Japanese were to hold the same values with any form of heterodoxy viewed as a threat to the kokutai.

The American historian Carol Gluck noted that for the Japanese state in the Meiji era, "social conformity" was the highest value, with any form of dissent considered a major threat to the kokutai. Up to 1871, Japanese society was divided into four castes: the samurai, the merchants, the artisans and the peasants. The samurai were the dominant caste, but the sort of aggressive militarism embraced by the samurai were not embraced by the other castes, who legally speaking were not allowed to own weapons. One of the Meiji era reforms was the introduction of conscription with all able-bodied young men to serve in either the Army or the Navy when they turned 18, which required promoting the ideology of Bushido ("the way of the warrior") to people who historically speaking had been encouraged to see war as the exclusive concern of the samurai.

The imperial cult of emperor-worship was promoted both to ensure that everyone would be a part of the kokutai and to ensure that all men embraced Bushido, and would willingly serve in the military. After conscription was introduced in 1873, a group of teenage rickshaw drivers and shop clerks were ordered to attend a lecture where they were informed that "Now that all men are samurai" that they were to show "manly obedience" by enlisting in the Army at once, which many objected to under the grounds that they did not come from samurai families.

The new holiday was brought in to help promote the imperial cult that underlined the concept of the kokutai. This coincided with the switch from the lunisolar calendar to the Gregorian calendar in 1873. In 1872, when the holiday was originally proclaimed, it was January 29 of the Gregorian calendar, which corresponded to Lunar New Year of 1873. Contrary to the government's expectation, this led people to see the day as just Lunar New Year, instead of the National Foundation Day. In response, the government moved the holiday to February 11 of the Gregorian calendar in 1873. The government stated that it corresponded to Emperor Jimmu's regnal day but did not publish the exact method of computation. February 11 was also the day when the Constitution of the Empire of Japan in 1889 with the enforcement on November 29, 1890.

In its original form, the holiday was named Empire Day (紀元節, Kigensetsu). The national holiday was supported by those who believed that focusing national attention on the emperor would serve an unifying purpose, holding the kokutai together with all Japanese people united by their love of the god-emperor. Publicly linking his rule with the mythical first emperor, Jimmu, and thus the Sun Goddess Amaterasu, the Meiji Emperor declared himself the one, true ruler of Japan.

The claim that the emperors of Japan were gods was based upon their supposed descent from Amaterasu, the most important of the Shinto gods and goddesses. With large parades and festivals, in its time, Kigensetsu was considered one of the four major holidays of Japan. The holiday of Kigensetsu featured parades, athletic competitions, the public reading of poems, the handing out of sweets and buns to children, with the highlight of the Kigensetsu always being a rally where ordinary people would kowtow to a portrait of the emperor, which was followed up by the singing of the national anthem and patriotic speeches whose principal theme was always that Japan was a uniquely virtuous nation because of its rule by the god-emperors.

Kigensetsu provided the model for school ceremonies, albeit on a smaller scale, as classes always began in Japan with the students kowtowing to a portrait of the emperor, and school graduations and the opening of new schools were conducted in a manner very similar to how Kigensetsu was celebrated. When students graduated in Japan, the principal and the teachers would always give speeches to the graduating class on the theme that Japan was a special nation because its emperors were gods, and it was the duty of every student to serve the god-emperor.

Reflecting the fact that for most Japanese people under the bakufu regional loyalties were stronger than national loyalties, in the 1880s and 1890s, there was some confusion in the rural areas of Japan about just what precisely Kigensetsu was meant to celebrate, with one deputy mayor of a small village in 1897 believing that Kigensetsu was the Meiji Emperor's birthday. It was not until about 1900 that everyone in the rural areas of Japan finally understood the meaning of Kigensetsu.

Aizawa, the same deputy mayor who in 1897 who thought the holiday was the Meiji Emperor's birthday, later become the mayor, in 1903 gave his first Kigensetsu speech at the local school, and in 1905 he organized a free banquet to go along with Kigensetsu, which become an annual tradition in his village.

The slow penetration of Kigensetsu in the rural areas was due to the fact that the children of most peasants did not attend school or at least for very long, and it was only with the gradual establishment of a universal education system that the imperial cult caught on. Between the 1870s to the 1890s, all of the rural areas of Japan finally acquired a school, which allowed everyone to be educated. It was only about 1910 that Kigensetsu finally started to serve its purpose as a holiday that united the entire Japanese nation in loyalty to the emperor over the length and breadth of Japan. However, the government in Tokyo was as late as 1911 still chiding local officials in rural areas for including in Kigensetsu ceremonies to honor local Shinto gods, reminding them the purpose of Kigensetsu was to unite the Japanese nation in loyalty to the god-emperor in Tokyo, not honor local gods.

Given its reliance on the State Shinto, the nationalistic version of Shinto which is the traditional Japanese ethnic religion and its reinforcement of the Japanese nobility based on the Japanese nationalism and militarism, Kigensetsu was abolished following the surrender of Japan in the World War II. Coincidentally, February 11 was also the day when General Douglas MacArthur approved the draft version of the model Constitution in 1946. The commemorative holiday was re-established as National Foundation Day in 1966.] Though stripped of most of its overt references to the Emperor, National Foundation Day was still a day for expressing patriotism and love of the nation in the 1950s.

In contrast with the events associated with earlier Kigensetsu, celebrations for National Foundation Day are relatively muted. Customs include the raising of Japanese national flags and reflection on the meaning of Japanese citizenship. The holiday is still relatively controversial however, and very overt expressions of nationalism or even patriotism in public are rare