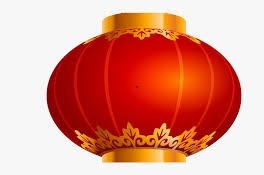 The Chinese New Year holiday comes to its climax with the Yuan Xiao (元宵节—yuįn xiāo jié), or Lantern Festival according to chinesenewyear.net.

Began over 2000 years ago, the festival has developed many meanings. It celebrates family reunions and society. It features ancient spiritual traditions. Some also call this the “true” Chinese Valentine’s Day.

The many activities include moon gazing, lighting lanterns, riddles, lion dances and eating rice balls. According to the lunar calendar, the festival takes place on January 15. Dates of past and future Lantern Festivals using the Gregorian calendar include:

Cultural Significance of the Lantern Festival

The Spring Festival is a time reserved for families. There is the reunion dinner on New Year’s Eve, visits (拜年—bąi niįn) to in-laws on the 2nd day and neighbors after that. Stores reopen on the 5th and society basically goes back to normal.

In 2008, the Lantern Festival was listed as an intangible cultural heritage element.

But on the 15th, everyone—regardless of age or gender—go out onto the streets to celebrate. Though the Lantern Festival symbolizes reunions (more on that later), it’s also a time of socializing and freedom.

In Ancient China, women usually weren’t allowed out the house. But on this night, they can stroll freely, lighting lanterns, playing games and interacting with men. The wild and romantic stories are why some say the Lantern Festival is the true Chinese Valentine’s Day, rather than Qixi (七夕).

On a more serious side, the Lantern Festival also has religious aspects. It was important in ancient Chinese paganism, and also modern day Buddhism and ethnic minority cultures.

The general consensus is that the festival began more than 2000 years ago in the Western Han dynasty.

Intense power play and unrest came after his reign. The new emperor was Emperor Wen (汉文帝—hąn wén dģ). To celebrate the return of peace, he made the 15th a national holiday. Every household would light candles and lanterns. It became known as 闹元宵(nąo yuįn xiāo). “Nao” can be interpreted as having fun, or going wild with excitement.

Emperor Ming of the later Eastern Han was a devout Buddhist. He heard that on the 15th, monks would light candles for the Buddha. He ordered the palace and temples to light candles, and for the citizens to hang lanterns.

Both events combined and eventually developed into the Lantern Festival we know today.

The duration of celebrations varied throughout history. Nowadays, the festival technically isn’t a national holiday, so there aren’t any days off. The best period for Lantern Festival lovers would be the Ming dynasty. It lasted around 1 month!

There are some holidays that coincide with the Lantern Festival and are now celebrated together.

The Torch Festival began in ancient times to chase away insects and pests and pray for a good harvest.

Children gather firewood and tree branches. Adults then light them. Holding these torches, entire communities dance in fields from dusk to dawn. Even now, it is still celebrated in some parts of Southwestern China.

This is celebrated by the Miao ethnicity in China. On that day, groups of girls steal Chinese cabbage from someone’s fields. Being caught is totally fine, but it’s forbidden to steal from relatives or friends.

Later, everyone puts the stolen Chinese cabbage together to make a feast. The one who eats the most will be the one to marry first.

Lanterns are the most notable part of the festival. Which you can probably tell by the name.

In the early days, the Lantern Festival was also called Shang Yuan (上元). It was dedicated to the heavenly palace (天宫—tiān gōng). People would gather in their yards and give offerings to the gods. The lit lantern near the setup represented a god’s seat.

Throughout history, countless variations of lanterns have been created. They can be small globes that fit in your palm, or as large as a parade float. People make lanterns in symbolic designs as well.

When you visit a celebration, you might see giant fish, lotuses or dragons.

A famous variation is the Kongming lantern (孔明灯—kǒng mķng dēng). They represent hope, success and happiness. In the past, people used these lanterns to signify they were safe after an attack.Now, they are used for wishes.

Also known as the sky lantern (天灯—tiān dēng), it sounds similar to 添丁 (tiān ding), which means “adding children”. Lanterns would be gifted to newlyweds or couples without children to pass on the blessings. Pregnant women would receive a pair of small lanterns to wish health and safety on both mother and child.

Some regions also burn lanterns to determine the gender of their future child from the shape of the ashes.

Every holiday has its own set of activities. There’s more to this festival than lanterns!

In the city of Fengyang, swings play a major role. A popular saying there is, “Swing on the Lantern Festival, no aches or pains the entire year.”

One of the festival sights in Hebei are the jǐng xķng lā huā (井陉拉花) performances. Holding fans and parasol-like props, folks dance to the beat of drums.

It’s an energetic and colorful dance that hundreds crowd around to watch.

The ancient Chinese would often get together with some friends, drink wine and write poetry. Plays on words and riddles were a favorite pastime.

During this festival, people would write riddles on the lanterns. These small games are popular with everyone. They require you to be clever and think outside the box.

According to many love stories, you can catch the attention of your crush through this game!

Dragon dance has a history almost as long as Chinese culture itself.

The performers create impressive formations to the beat of Chinese drums and cymbals.

Lion dances can be seen in any festive event, from holidays to weddings and store openings.

The lion is intricately designed, with movable eyes and mouths. Sometimes, the lion will open its mouth and demand food and red pockets. Other times, they roll around and play like oversized kittens.

Each lion is operated by 2 performers, one as the head and one as the body.

Chinese stilt performances are an ancient act. They stem from Chinese opera and the performers sing and dance while on stilts. Depending on their character, they have difference costumes and heights.

Even on stilts as high as 3 meters, these skilled acrobats can still perform jumps and flips.

The trademark food of the Lantern Festival is called yuan xiao, just like the festival itself. It’s also known as tāng yuan (汤圆) in the South, and one of the many tasty Chinese New Year desserts.

They are glutinous rice dumplings with sweet fillings made of syrup, red bean paste, black sesame paste or more. They can be steamed or fried, but usually boiled and served in hot water.

Despite being a night of revelry, the Lantern Festival is also a night for families. Before Chinese New Year finally ends, the family should reunite again. Take a break from the celebrations and relax with your family. Reconnect under the moon. Enjoy firework shows and performances while eating a bowl of yuan xiao.