Superstitious Numbers Around the World 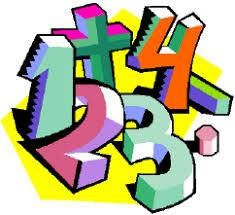 Various cultures consider certain numbers superstitious according to nationalgeographic.com. Numbers carry different meanings depending on what country you are in.

Friday the 13th—a day thought to be unlucky because of the idea that number 12 is "complete" (think apostles, months of the year, zodiac signs) and 13 is just ... odd. That's the explanation given by Joe Nickell, a senior research fellow and paranormal investigator for Skeptical Inquirer magazine. (There can be as many as three Friday the 13ths in a single calendar year; either in February, March and November in a common year starting on Thursday - such as 2009, 2015 or 2026, or January, April and July in a leap year starting on Sunday - such as 2012)

But in other countries, different numbers are thought to be just as unlucky. In case 13 makes you nervous, here are five other numbers to avoid.

4: In China, the pronunciation of the word for the number four is similar to that of the Chinese word for death. Many buildings in China skip a fourth floor, just as U.S. builders sometimes omit floor 13.

9: Just as the number four has a bad-luck soundalike in Chinese, 9 is feared in Japan because it sounds similar to the Japanese word for torture or suffering.

17: Some Italians are superstitious about Friday the 17th because rearranging the Roman numeral XVII can create the word "VIXI"—translated from Latin to mean "my life is over."

39: The number 39 gets a bad rap in Afghanistan. An NPR report explains: "Many Afghans say that the number 39 translates into morda-gow, which literally means 'dead cow' but is also a well-known slang term for a procurer of prostitutes—a pimp." So when Afghans see a car with number 39 on the license plate, they head the other way.

666: Hexakosioihexekontahexaphobia means fear of the number 666. In the Bible's apocalyptic Book of Revelation, John the Apostle refers to 666 as "the number of the beast." This "beast" is often interpreted as being the Antichrist—and thus the number is a sign of the devil.

Just the other day, I was browsing online and minding my own business, surfing the great whirlpool of the internet, and the light went out. I then snatch my smart phone out of my wallet to take a look at the time. To my luck, it was 4:44. Now, being an Asian guy living in a country with a Chinese background, I can help but to be superstitious about gloomy circumstances that may occur. I retract by body and find a bed to lay my head down to avoid any event that may render the superstition valid. To my surprise, nothing happen, and the light went back on. Then, I thought to myself :”Why did I act like that, What if 4 was a lucky number somewhere, will I then to be jumping around and wait for a miracle if that was the case?” The question fascinate me, and I start doing a little browsing to see if any other counties have an unlucky number for thyself that was not 4 or 13. Here is what I found

The Number 7:
Lucky: UK, USA, France, Netherland, or any country that is largely westernized
Reason: God making the universe in 7 days and the 7 deadly sins. However it also references the 7 wonders of the ancient world as well as the 7 planets of the ancient world. Just a lot of 7 in a lot of random events.

Unlucky: China, Vietnam,Thailand, or any country with Chinese influences
Reason: July or “the seventh month” is often a month for the ghost. Not the mushy and kid-oriented Halloween type of celebration, this month is where people pay respects to the death. Most of the time, the death is referred to as “Unfair Death”, and houses must offer fruit and food to the death or they will be haunted. Scary!

The Number 13:
Lucky: Italy
Reason: The number represent St.Anthony in Italy, consider to the patron saint of finding things or lost people.

Unlucky: USA, UK, Sweden, Norway, or any countries that have a strong western influence.
Reason: The number have ties to many grim events in the past, from the Mayan Calendar to the Last Supper to the Order of Killing the Knight templar Templar contain the number 13 some where in their description. Plus, it does not help that Friday, the 13th is one hell of a terrifying movie (I should review this series soon)

The Number 4:
Lucky: Germany
Reason: The number matches the number on the lucky “four-leaf clover”.

Unlucky: China, Japan, Vietnam, or any countries with a Chinese or Japanese influence
Reason: In China and Japan, the pronunciation of the word for the number four is similar to that of the Chinese word for death.

The Number 8:
Lucky: China, Japan, Vietnam, or any countries with a Chinese or Japanese influence
Reason: The number 8 in both languages, Chinese and Japanese sound similar to prosper and make money.

Unlucky: India
Reason: This is the number of Sani which is relation breaker, peace breaker & lethargic kind of personality.

The Number 9:
Lucky: China, Norway
Reason: In China 9 is the number for the emperor. On the other hand, Norway mythology contain many numbers 9 in their story, thus regarding 9 as a sacred number.

Unlucky: Japan
Reason: The word is similar to “suffering”

The Number 3:
Lucky: China, Sweden, Italy, USA
Reason: Varying from reason, the number is often consider to be lucky in China due to the fact that it was featured in many Chinese philosophers saying. Similarly, in Sweden, there is an idiom: “All good things must come in three”. In Italy, 3 represent a triangle, a simple for strength and balance. And of courses : “3 wishes”.

Unlucky: Vietnam, Japan
Reason: Although not that popular, there are a superstition that if a photo was taken with 3 people, it is likely that the middle person will die.

The Number 39
Lucky: USA, UK, France, or any country that practice Catholicism
Reason: The number is some time the number of Divine guidance. This is not a popular view.

Unlucky: Afghanistan
Reason: In Afghanistan culture, the number 39 is considered to be a curse. The world roughly sound similar to “dead cow”, and the number can be unlucky through various scenario.

The Number 666:
Lucky: China
Reason: In China, 666 can mean “Everything goes smoothly”. Can often be seen on neon or store signs.

Unlucky: USA, UK, Brazil, or any Christianity country
Reason: In the bible, 666 is the Number of the Beast.

Russia:
Unlucky: Even Numbers
Reason: The explanations behind it is often related to flowers. Even numbers of flowers are only to be brought to a funeral and should not given to a person.

Lucky: Odd Numbers
Reason: Because of the explanation above, it is good to give flowers in odd numbers.

Numerology:
In number theory, a lucky number is a natural number in a set which is generated by a “sieve” similar to the Sieve of Eratosthenes that generates the primes. You can use some internet sources that apply this theory and find YOUR lucky number.

There are probably more number out there that represent different meanings. As you can see above do not be too superstitious about numbers because they can mean different things in different cultures.