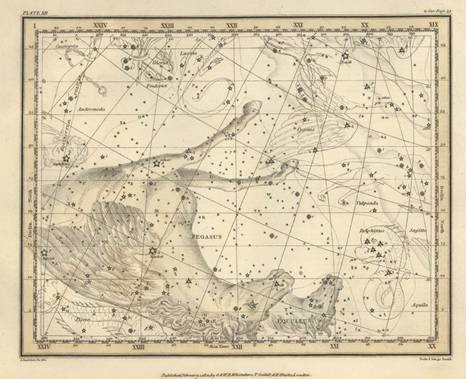 London is a Gemini according to this article from atlasobscura.com.

It is well-established and widely accepted that Leos are vivacious, fiery additions to any room, and Libras are balanced and diplomatic, sometimes to a fault. Sun signs like these are understood as being representative of one’s core personality and most basic preferences, but astrology goes beyond assigning traits to people as predictions of how they might behave. Believe it or not, cities have zodiac signs, too. Denver is a Scorpio and Atlanta is a Capricorn, but what do these sun signs mean when applied to geographic coordinates?

Mundane astrology, which got its name from the Latin mundus, meaning “world,” is a branch of astrology that uses charts to read places, rather than people. It has reportedly been used since the 2nd century, when the Babylonians birthed the first organized system of astrology, mostly as a way of divining information about political events in particular locations. Historically, kings and emperors were known to call upon designated court astrologers before going into war, and throughout his presidency, Ronald Reagan consulted astrologer Joan Quigley for the most opportune timing of his press conferences, debates, and the takeoffs and landings of Air Force One. Today, mundane astrology is not only reserved for the elite, it’s a widely accessible way for people to plot their next moves—with targeted celestial input.

Mark Dodich is a locational astrologist based in Portland, Oregon, a city he says has “two charts.” This is because, he explains, the founding location of Portland (or its birthplace) is different than where Portland now sits. “Quite often with some of these places you can end up with multiple charts,” he says.

Locational astrology operates by assigning cities birthdates—that is, the day and time they were legally incorporated as cities. Much like with human birth charts, precision is key. But, Dodich admits, that isn’t always easy to achieve. “When you get into mundane astrology, you end up with a little bit more imperfection dealing with cities and countries … where you can be precise is with individuals.” Unsurprisingly, knowing the exact time a city is “born” is tricky; after all, there are no nurses present to note it on a birth certificate. But mundane astrologers claim to get close enough with the day alone: “in many cases you can get what day [a city’s official legal incorporation] was done, and so in astrology we use a default of noon,” says Dodich. By casting a chart based on a city’s official legal incorporation date, astrologers aim to determine the future events of a place—like possible natural disasters or successful agricultural seasons—in the same way people use popular astrology apps like Co-Star or magazine zodiac columns for insight into their personal future.

The notion of using planetary movement to determine the personality of a place is understandably polarizing: assigning importance to the way planets “rule” the Earth during certain times of year seems fairly arbitrary, but astrologers like Dodich are often asked to help answer serious life questions for clients using “relocation astrology,” an area he specializes in.

People generally seek out relocation astrologers for guidance about where their career or personal relationships will best thrive, with the idea being that there might be a better place for them to live or produce work than where they are now. For instance, Dodich advises “an inventor in upstate New York who’s trying to decide where to manufacture his product. So we use [place charts] to look at places like China, Vietnam, and Indonesia to see where would be his best place for manufacturing his invention.” Though a city’s birth charts are self-contained, they are also used to compare against people’s personal birth charts in order to see if the relationship is a fit.

“You could take, for example, your personal astrology [birth] chart and could compare it to a city’s,” says Dodich. “The term we use is synastry, which means that we can plug you into the state. It’s kind of like relationship compatibility for marriage or a partnership … how do I fit in with the energies of this other person, or this city, or this state?”

While energies are subjective and decidedly abstract, the planets are less so. Unlike astronomers, astrologists view the solar system as having 10 planets: all eight (yes, Pluto included), plus the sun and the moon. “The moon of a city or a state is how the state relates to the people. It represents emotions and nurturing, so it relates to human resources,” says Dodich. Apparently, Saturn has to do with laws, and Mercury with communication. As a native Californian and fairly obvious Virgo, I was interested to learn that my home state has its sun in Virgo too. (Should I move back? Could this be a sign?) Musing on the importance of a place’s sun sign, Dodich says that “a Virgo is a being of service, but on the other hand it can be bogged down in the details. If you’ve ever paid attention to California law, like with their health codes … They have a lot of little details and laws that make people crazy, and yet they’re being of service to the people.”

Because of the emphasis locational astrology puts on the charting of place, mundane astrologists need a concrete way to illustrate these “planetary action zones.” In the 1970s, American astrologer Jim Lewis developed Astro*Carto*Graphy, “a printed-out diagram where curved and straight lines represented the planets and you got to see the influences of all of them,” says Steven Cozzi, a locational astrologer who specializes in astrolocality, a guide to travel and relocation based on one’s birth chart. Lewis’ computer software, which generates these planetary land maps, was a huge leap forward in locational astrology. Astro*Carto*Graphy has significantly lowered the barrier of entry for lay-people interested in learning about mundane astrology, specifically where their personal power lines (the places where the planets ruling their birth chart are most present) intersect with those of the world.

The American Astronomical Society website defines astrology as “the belief that the positioning of the stars and planets affect the way events occur on earth.” Though it is an ancient science, and a polarizing one at that, there has always been an ebb and flow to the level of public interest in it. In Dodich’s professional star-reading experience, people’s willingness to subscribe to the guidance of the planets is conditional: “When the world tends to go a little topsy turvy, people start to really get more involved in ‘who am I and what am I doing?’” The American Psychological Association’s 2017 survey data reported that 63 percent of Americans said they were significantly stressed about their country’s future—compared to 52 percent in 2016—which might explain the 2 percent growth in the psychic services industry (which includes astrology, among other metaphysical services) over the past five years.

Dodich acknowledges that relocation astrology is “a niche market as a branch of astrology,” but did become “very popular in the mass marketing [of Astro*Carto*Graphy].” For those that subscribe to the teachings of astrology, and are planning to move, travel, or do business in different places, “locational astrology is the best tool available for finding a place that matches your goals,” Dodich adds.

There have been no demonstrative studies proving that the planets at the time of our birth actually determine how we communicate, or where in the world we will experience great career fortune. Over time, astrology has gone from being a more religious and scientific pursuit to a novelty one, but Dodich assures me that “in an astrologer’s mind, science and astrology go hand in hand.” The lines that run through an Astro*Carto*Graphy map, like a TI-85 graphing calculator superimposed over a city grid, may be imperfect, as the world is. But at the very least, knowing that New York City is a Leo sun, Taurus moon, is thought-provoking, if not cause to uproot your life and buy a one-way plane ticket.