How to Survive (And Thrive) During Mercury Retrograde 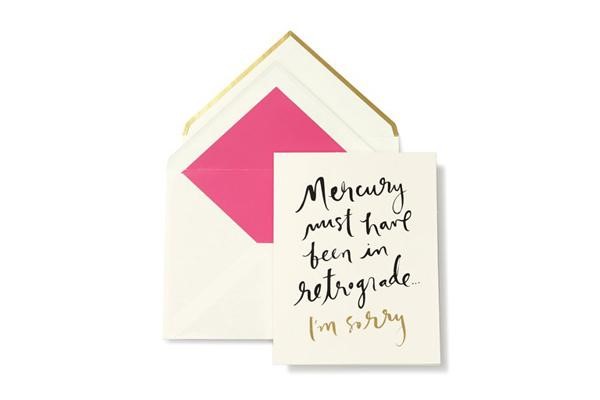 
We've just finished a Mercury retrograde a couple of days ago and we're still in the "shadow" period. But in this article from stelari.com we learn how to deal with the retrograde and its aftermath.

Do you ever wonder if Mercury was in retrograde when “Murphy’s Law” became a coined term? During Mercury retrograde, it seriously feels like anything that can go wrong will. We truly believe we are all connected – the entire Universe, planets and all. But this retrograde business leaves us scratching our third eye.

When Mercury retrograde is in full effect it has a way of compromising our plans and makes communications a little funky. Why Mercury, why?! (insert weary emoji face)
Mercury retrograde occurred from last month on the 22nd until the 15th of this month.

Whether you were privy to a past retrograde or not, you can most definitely look back and recall how those several weeks went a little whacky, whether it’s a conversation you had with a friend or your phone freezing up. Mercury retrograde plays a vicious little game with our sanity - and we're not alone. All is not lost, however. We have the retrograde hangover cure to heal your headache and soothe any dreary digital woes.

Laugh it off. The planet Mercury is not actually going backward. It just appears to be doing so because of the vantage point of the planet and Earth and how they are moving around the Sun. So it’s just an illusion. While the turmoil is very real, the emotional baggage doesn’t have to be. Acknowledge the temporary status of this astrological episode, then look up at the sky and laugh at how crazy-amazing it is that we are so connected to the Universe.

During the backwards motion (albeit just an illusion), this is a great time to reflect on your own life. Don’t dwell on the past so much as acknowledge your growth and achievements. When you recognize your greatness and see a bright future, you can briefly glaze over the current unstable environment.

You’ve probably seen, and even shared, this quirky quote on social media: “breathe in the good stuff, exhale the bull.” What a perfect piece of advice to reset your sanity. In the midst of your wifi going haywire or your hard drive crashing, an unresolved conversation with a loved one, or a misinterpreted text… just breathe through the frustration. There’s zen at the end of the retrograde.

Stop what you’re doing. We are a go, go, go society and it’s not easy to slow down. But we beg you to during this time. Not only is it plain good for your health and stress level, but it’s the wisest action you can take. Avoid signing contracts, making big financial decisions, and postpone having important phone calls or meetings. Try to keep things light and breezy until the storm blows over. Go to yoga.

We’re probably a little melodramatic about this Mercury retrograde period, but we know first-hand about it’s wake and we’re also true believers that this giant Universe knows best. So let the tide roll in and roll out.