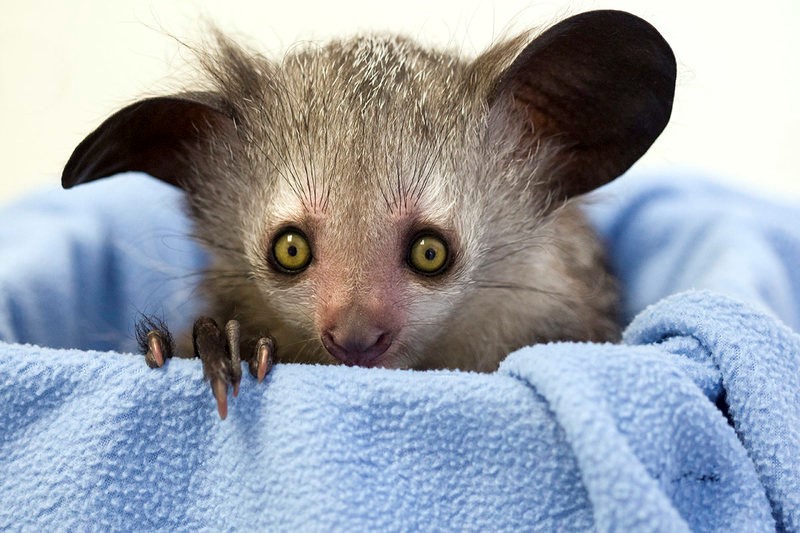 Scientists must account for cultural beliefs when considering how to protect endangered species according to atlasobscura.com.

Caroline Ward had brought snakes back to camp with her, and the locals were not happy.
The Malagasy villagers who passed through the camp, located in Northwest Madagascar, cautioned Ward that she should kill the snakes before they killed her. (Never mind that the University of Leeds PhD student was studying the species, known locally as fandrefiala, for her conservation research.) Yet the reason for their fears wasn’t that the snakes were poisonous or aggressive—rather, it all had to do with the color of their tails. Because the fandrefiala has a tail the brick-red color of dried blood, the Malagasy believe that the snakes can transform themselves into spears, plummet out of trees and kill anything passing below them.

It was a connection that Ward’s PhD supervisor, Dr. George Holmes, had noticed in his field work all over the world: “magical” beliefs—a broad category that ranges from beliefs in mythical animals, to connections with animals’ fabled properties, to spiritualism and traditions—have an impact on the welfare of real-life animals and ecosystems.

In a paper recently published in the journal Oryx, Ward and Holmes propose that conservation biologists more closely consider beliefs in magical animals, and superstitions about animals’ magical properties, in making conservation policy.

“[Conservationists] often talk about the role of economic incentives in shaping behavior, as in, can we pay [locals] to not kill a species?” says Holmes, who has been researching interactions between conservation efforts and human society for several years. “But there are all sorts of other ways that people react to, and behave around, endangered species. This issue of people’s belief in magic is actually really important.”

In some places, magical beliefs lead to grassroots protection for particular animals; for example, in Kombolcha, Ethiopia, hyenas are believed to eat evil spirits and pass on supernatural messages through their howls—as well as keep crop-eating herbivores in check. As such, they are tolerated, even supported, by people who share their habitat. 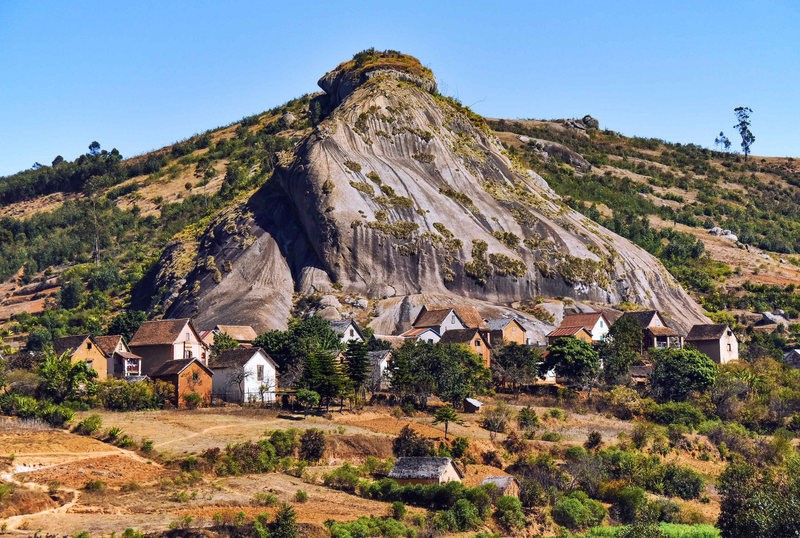 In contrast, certain beliefs can clash with conservation efforts. Across much of Madagascar, in particular the north of the country, the appearance of an endangered aye-aye lemur is seen as a harbinger of death or sickness. Reactions to a sighting vary between groups—from specific rites to the abandonment of entire villages—but in many villages, it is believed that the only way to prevent bad luck is to kill the aye-aye and display it on a roadside pole. On some Caribbean islands, including Haiti, Jamaica, and the Dominican Republic, the same treatment is given to owls, which are believed to be connected with witches.
Fitting conservation science to these beliefs can be a challenge. Another Malagasy fady, or taboo, prohibits harming the radiated tortoise, which is critically endangered. Yet this rule is only strongly held in certain villages; and even in those villages, locals do not see the rule as applying to outsiders, and therefore do not stop poachers from harming or removing them. 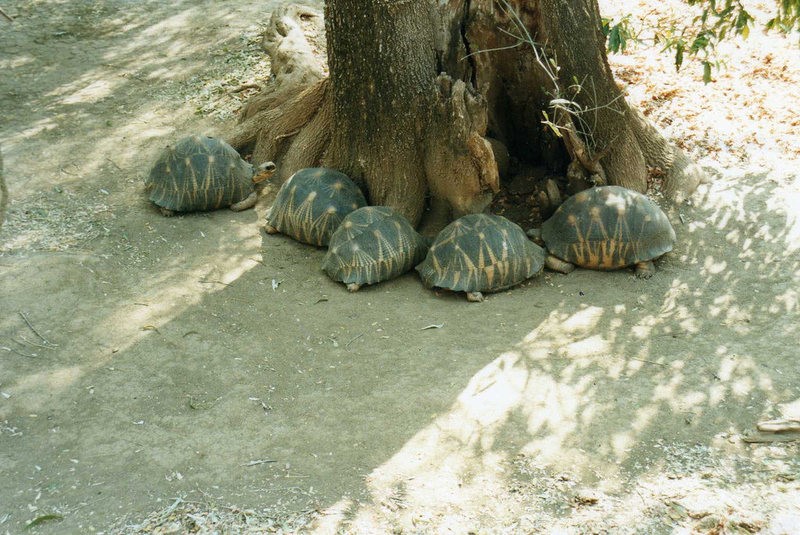 “I think it’s somewhat frustrating, because we can’t really give one approach fix to every situation,” says Ward of the interplay between magical beliefs and conservation issues. “It’s more a matter of being more aware that these beliefs exist, and that just because they don’t follow the scientific belief system doesn’t mean we can push them to one side.”
Holmes also emphasizes that utilizing magical beliefs in conservation introduces some tricky ethical questions.

While conserving biodiversity might be an admirable goal, Holmes says, so is allowing people spiritual and religious autonomy.

Paige West, an environmental anthropologist, has seen the negative outcomes of this sort of use firsthand. The Clair Tow Professor of Anthropology at Columbia University and Barnard College in New York, West has spent decades conducting ethnographic research among the people of Papua New Guinea. In one case, after eight years of research among the Gimi people in the village of Maimafu, she concluded that a local conservation project—which attempted to protect area forests and their inhabitants by linking them to market-based enterprises, on the assumption that the Gimi people only valued local biodiversity as an economic resource—“got it wrong.” 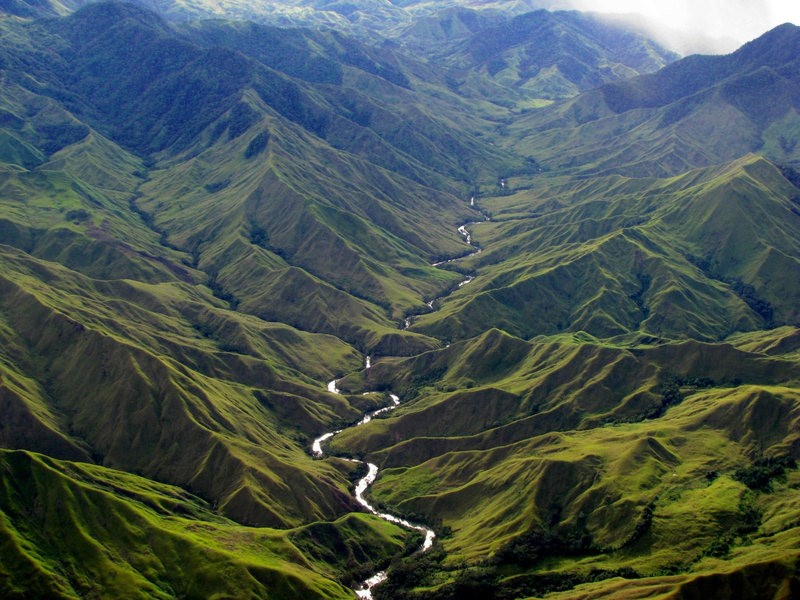 Conservation planning failed to account for the fact that the Gimi people see everything in nature as a gift from the forest, as the physical incarnation of their ancestors. The Gimi believe that trees and animals in their forests, particularly marsupials, carry the life-force of the dead, and can be embodied by the spirit while sleeping.

“Marsupials are not simply animals to Gimi, they are the literal embodiment of ancestors; what has been translated as ‘environment’ is not simply a place filled with floral and faunal resources waiting to be used or made into commodities, it is a place of social relations between the living and the dead,” West wrote in a 2005 case study. This oversight was detrimental to the conservation project, as well as anthropologically problematic.
In West’s view, even dubbing these views “magical” can present issues.

“When people in the European intellectual tradition hear the word ‘magic,’ they immediately think of a series of beliefs that are false, or are somehow antiquated or less than rational,” she says. “To every indigenous person I’ve ever interacted with, who has a different set of ontological propositions about what animals are in the world than I do, that set of propositions is highly rational. It makes sense in the total system that is in their cultural upbringing. To use the term magical indexes those beliefs as less rational than European and western beliefs.”
Holmes and Ward also highlight that European and western people are not exempt from these beliefs themselves. Their research details animal beliefs spread throughout the world; they cite the example of the Loch Ness Monster, which brings hundreds of thousands of ecotourists to the Scottish lake, and the Icelandic respect for Huldufólk, or elves, which halted the construction of a highway through their traditional lands.

“It’s genuinely around the world,” says Holmes. “And these things matter. People’s beliefs genuinely have a material impact on the wellbeing of endangered habitats, and ecosystems, and species.”