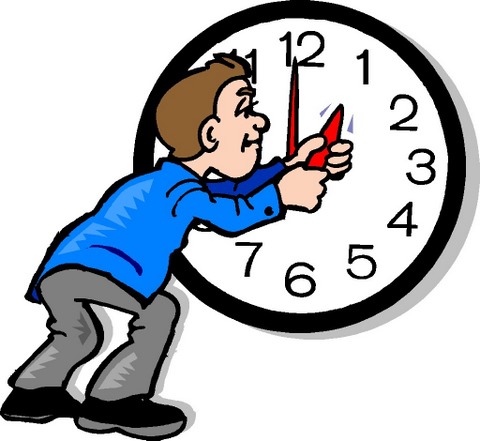 Here's what you need to know about the time change this weekend and the ongoing debate over whether to get rid of the practice from an article published in USA TODAY.

Remember: Spring forward and fall back for daylight saving time.

Here's what you need to know about the time change this weekend and the ongoing debate on whether to get rid of the practice.

1. When do I need to change my clocks? - Officially, the time moves forward one hour at 2 a.m. local time March 13; you should reset your clocks before going to bed so you won't arrive at appointments an hour late. On the first Sunday in November you will move your clocks back one hour.

2. What effect does the time change have on my body? - The effect depends on a person's age and work, eating and sleep schedules, according to David Earnest, a professor of neuroscience and experimental therapeutics at Texas A&M University.

“Our internal clocks have to shift, be it only an hour, and the ability to do that varies from individual to individual,” Earnest said.

Sleep-wake cycles change as people age, so adults 65 and older may struggle with the time change more than others.

When time shifts, remember your body has a clock, too.

A typical person should be able to adjust to the new time change within a day or two, he said. The key is fighting the urge to take advantage of the extra hour.

“When it falls on the weekend, sometimes people think they get to sleep in an hour later, and they decide to stay up two, three hours later,” he said. “When you celebrate the time change and the extra hour, you overshoot, and irregularity adds to the problem.”

Other states have tried to pass bills that would end daylight saving time and failed. Most recently, the Utah state legislature rejected a bill that would have ended it and another hasn't made it out of the House Rule committee, KSTU-TV, Salt Lake City, reported.

Indiana was once like Arizona, but in 2005 the state joined most of the rest of the USA in observing daylight saving time. Before that year, the only counties in the state that observed the time change bordered parts of Kentucky and Illinois.

5. Why does it exist? - One argument for daylight saving time is that fewer accidents happen during daylight hours, so extending morning daylight in winter and evening daylight in summer results in a slight reduction in automobile accidents.

The idea behind daylight saving time is to take advantage of daylight hours and save energy. According to a 2008 federal Department of Energy study, U.S. electricity use decreased by 0.5% for each day of extended daylight saving time, resulting in a savings of 0.03% for the year as a whole, KING-TV, Seattle, reported.

The savings are small in percentage terms, but in absolute terms, they added up to 1.3 billion kilowatt-hours — enough to power about 122,000 average U.S. homes for a year. These savings come in the summer months of daylight saving time we are about to enter, not the Standard Time months.

The time change actually is rooted in an agricultural society, Earnest said. The idea of "extending" daylight was meant to provide more time to work in the fields.

“General consensus is that really most of those things that were used as arguments for having daylight saving time in the past are really not applicable nowadays,” he said. "Every year, the question is: 'Why are we continuing with this, particularly when in some cases, it is more of a nuisance than benefit?' "