Zodiac Signs Face: Your Physical Features, According To Your Rising Sign 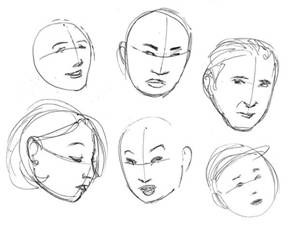 Have you ever wondered if your zodiac sign and your face have something in common asks this from stylecaster.com? Well, your ascendant—aka your rising sign—certainly does! In astrology, the rising sign describes the essence of your personality and the way you navigate the world. It’s the first layer of your spiritual being that comes in contact with your environment! However, it can also describe the face you put on for the world; your physical features, your body shape and even the way you express your emotions on the surface.

To make matters even more interesting, all 12 of the rising signs have their own signature appearance and physical quirks! For example, a Cancer rising might have a heart-shaped figure due to their romantic and compassionate nature. A strong and willful Aries rising might be known for its broad shoulders and capable stature. If you’re curious about what your rising sign can tell you about your facial features and physical traits, read on.

The rising sign (or ascendant) can be a telling indicator of the way you appear to others. Think of it as everyone’s first impression of you! Your rising sign governs your physical appearance, your mannerisms and the overall way you project yourself. The ascendant sign also rules your first house of the self in your birth chart, which represents your body, outer appearance and temperament. However, remember that genetics, habits and the aging process of life influences your appearance as well, so take these descriptions with a grain of salt.

If you’re not sure what your ascendant or rising sign is, input your date, time and location of birth in this natal chart calculator to find out! And without further ado, this is what you *might* look like, according to your rising sign:

Because Aries rules the head, Aries people usually have distinct facial features such as birthmarks and scars. They’re also often considered to be “baby-faced”, looking much younger than they really are! Aries risings usually have a strong nose, a flashing smile and eager eyes. Sometimes, they have reddish hair or a rose complexation to account for their fiery nature.

Aries risings are also known for having broad shoulders and slim hips on a muscular frame. Even if they aren’t prone to working out, they often appear agile or have an athletic figure. Because Aries people are typically accident-prone, an Aries rising will usually have a few interesting scars on their bodies from various injuries. Rock on!

Taurus rising usually have large, round eyes and small, delicate ears. Their hair and eyes tend to be darker shades and they’re known for having naturally curly hair. Ruled by Venus, Taurus risings are often very attractive with symmetrical and pleasing facial features!

The first thing you’ll notice about a Gemini ascendant is their mouth, because it’s always moving! Their face is an open book, which can make them extremely easy to read. They have bright eyes, delicate features and a friendly smile that lures everyone in.

Gemini ascendants are often very tall with lithe bodies. They also have very graceful arms and hands that people notice. Plus, Geminis tend to be very animated storytellers, hence their hand gestures. Because Geminis have a lot of nervous energy, you may also see a Gemini rising shake their legs when they’re sitting.

Cancer ascendants are famous for their round and full faces, similar to the full moon they are ruled by. They typically have softer features, high cheekbones and very emotionally expressive faces. They have a gentle way about them that makes them easy to trust.

Along with their round face, Cancer people usually have fuller, heart-shaped figures. Ruled by the chest, Cancer risings are often broad-chested, and if we’re being completely honest—big boobies. Because Cancer rules the fourth house of home and family, many Cancer risings often bear a close resemblance to their parents (especially their mother), almost to the point of being exactly alike!

The first thing you’ll notice about a Leo ascendant is their hair. Just like the regal lion, Leo risings always have a full mane of voluminous hair that makes them distinct from everyone else. Their hair is usually luscious, thick and frames their well-shaped face. Whenever the wind blows, their hair dances along with it!

Leo ascendants’ bodies usually move like royalty with their strong, broad shoulders, long gait and are usually quite tall. In fact, they’re known for looming over others. Ruled by the sun, Leo risings often have a golden undertone to their skin or a smile that lights up the room.

Virgo people typically have gentle features that include a delicate nose, curvy lips and bright, clear eyes on an oval face. Though, be careful—they *do* have a resting judgment face, even if they don’t mean to !

Some may mistake Virgo ascendants for being fragile with their small frame and average height, but they are actually quite strong with lean muscles, especially if they’re a particularly health-conscious Virgo. Virgo risings tend to blush easily, not because of their prudish reputation, but because they’re secret romantics and sensitive to other people’s energy!

Ruled by beautiful Venus, Libra ascendants are usually blessed with super attractive features, including a glowing complexion, pouty lips, defined noses and heart- or oval-shaped faces. They usually have dimples or even a cupid bow on their lips!

Like their faces, Libra ascendants bodies are also known for being symmetrical, boasting full, voluptuous figures that is pleasing to the eye. Libra risings have a natural charm that shows up in their appearance that draws people in like moths to an open flame.

The first thing you might notice about a Scorpio rising is their eyes. No matter the color or shape, their eyes are always magnetic, piercing and incredibly hypnotic. They also have sharp features, prominent cheekbones, dark eyebrows and pouty lips!

Scorpio people have powerful physiques, despite their often short or stout stature. They are built sturdy with strong shoulders and could easily defend themselves. Scorpio risings have a very serious demeanor and wear a poker face as though it was tattooed onto them. They’re also famous for their hourglass figures that linger in the imagination!

Like their open minds, Sagittarius ascendants have very open faces with broad foreheads and cheerful expressions. Their eyes are very expressive and constantly beaming with curiosity. Their mouths are also defined and obvious, thanks to all the raunchy jokes they’re prone to making!

Sagittarius ascendants often have an athletic build with long arms and legs that are strong and toned with little effort. They also tend to carry a lot of restless energy, which causes them to remain in a state of constant moving. Sagittarius rising often talk put on a whole performance with their entire bodies when they’re telling a story they’re really passionate about!

Capricorn ascendants age extremely well, like a fine wine. However, when they’re young, they can also look older, as though they’re wise beyond their years. As children, they looked and acted like little adults with their serious expressions and deep-set eyes!

They often have great teeth, strong noses and straight hair. Capricorn people are often of average height and are often very boney in appearance. With their high cheekbones, sensual collarbones and sharp elbows, they’re known for their striking physique. Because they’re so hardworking and willing to put in a strong effort, Capricorn rising are prone to stress-related skin issues, including acne, rashes and eczema.

Aquarius ascendants usually have very unique facial features making them truly one-of-a-kind! However, they’re usually known for their will high foreheads, demure a half-smile and they’re inquisitive eyes that betray their cool and detached appearance.

Aquarius ascendants are usually very tall, with long torsos, broad shoulders and hips, and shapely legs. They also have a beautiful bone structure that prevents injuries throughout their life. Because of their unique nature, Aquarius rising can often appear a little awkward and clumsy, especially in their movements.

Pisces ascendants typically have a dreamy expression on their soft, round faces. Their dreamy eyes are usually looking far into the distance, lost in their colorful imaginations. Pisces risings are also known for their soft, baby-fine hair, sensual lips and large eyes that have seen so much. Pisces risings are always old souls and they look as though they’ve experienced something many times before.