What Is The Meaning Behind July Birthstones? 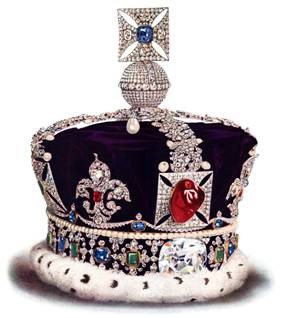 Each birthstone has a unique meaning – something special that resonates with the people born that month according to hennejewelers.com. Wearing a birthstone is a symbol of pride, whether you're wearing your own or one that represents someone you love. Today we will be exploring July's birthstones, including the well-known ruby and some of the lesser known stones of the month.

What Is July's Birthstone?

The most recognized birthstone for July is the ruby, a rich red gemstone that has been around since the dawn of time. Researchers often affiliate the existence of rubies with the collision of continents that occurred more than 50 million years ago. These precious stones are found in royal crowns, ornate necklaces, ornamental armor, and many forms of modern-day jewelry.

As with all birthstones, July's birthstones are associated with the zodiac signs for this month: Cancer and Leo. Cancer birthdays take up the majority of the month, but a Leo born in July can also claim the ruby or one of the alternate July birthstones as their own (Sapphire, Onyx, Carnelian, and Turquoise).

The Ruby And Its Meaning

What do rubies do? What do they represent? Rubies are often associated with wealth and prosperity. Many ancient crowns were decorated with rubies, because they represented good fortune and courage. The ruby's deep red color also has ties to love, passion, and raw emotion.

Long ago, humans believed that rubies contained drops of Mother Earth's blood. The stones were highly sought-after because they were thought to hold the key to life itself. Some legends say that sapphires would turn into rubies if they were left in the ground long enough. Others say that rubies were used to tell if misfortune was to come. (The stones would turn a dark red color before an instance of bad luck, giving the user time to prepare for what was to come.)

Rubies are gifts for milestone anniversaries, including the 15th and 40th anniversaries. Husbands, keep this in mind if you have a big anniversary coming up with your wife!

In some Asian cultures, rubies were laid below the foundation of a building to promote fortune and wealth. Rubies were also used in harnesses and armor for noblemen in China and India. Hindus believed that rubies would shield them from oncoming enemies.

The largest known ruby in existence is the Liberty Bell Ruby, which was found in the 1950's in East Africa. It weighs over four pounds and was sculpted in the shape of the Liberty Bell. The Liberty Bell Ruby was stolen in a jewelry heist in 2011, and four suspects were arrested for the theft in 2014. Nonetheless, police have been unable to find the stone since the heist.

The National Museum of Natural History is home to some of the most famous rubies in the world. One of them is a 23-carat Burmese ruby that was donated to the museum by philanthropist Peter Buck. The stone came from Mogok, a region in Myanmar, in the 1930s.

One of the rarest types of rubies is the Star Ruby. The surface of the stone has a six or twelve rayed star on it, created by tiny needle-like inclusions in ruby. These inclusions give the stone a silky sheen after it's been polished, and it allows the ruby to shimmer as it moves in light. Star rubies come in the same shades as traditional rubies, but pigeon's blood star rubies are the most sought after.

Factors That Influence The Value Of Rubies

Rubies are graded much like any other gemstones based on clarity, color, cut and carat weight.

Traditionally the most valuable and sought after rubies on the market were of Burmese origin, known for its pure red color. Today fine Mozambican and Malagasy stones rival the quality and color of the traditional Burmese sources.

Both rubies and sapphires are in the mineral family corundum and made from aluminum oxide. Rubies that have more blue in them than red are often categorized as sapphires instead.

Large rubies with strong color and clarity are rare to find. These stones increase exponentially in value as they get larger, as long as the clarity and color are still intact. Stones with a lot of inclusions or disruptions in color are less valuable than clear, rich stones.

What Are July’s Alternative Birthstones?

In addition to the ruby, there are several alternate birthstones for July. These include:

Sapphire: The sapphire is September's birthstone, but it can be used for July as well. This gem represents truth, honesty, peace and serenity.

Onyx: Onyx stones come in a variety of colors, from black to white to yellow and more. Onyx is considered a protective stone, meant to guard the wearer from intruders or people who may cause them harm. Onyx can also be used to enhance a person's physical strength.

Carnelian: Carnelian is a red/orange stone that mimics the color of fire. Carnelian is known to boost energy levels and bring about joy for the person wearing it.

Turquoise: Turquoise is a stunning blue/green stone that is found in many Native American artifacts. It is associated with an improvement in mental health, preventing panic attacks, mood swings, and post-traumatic stress. Turquoise is said to give the wearer clarity and a pure frame of mind.

So which July birthstone is right for you? Well, it's entirely up to your personal style. You could always wear jewelry that features multiple July birthstones, like a ruby ring with sapphire side stones. Or chose a piece of ruby jewelry with some edge to mix the timeless beauty of ruby with a modern twist. Either way, choose the gems that hold the most meaning for you personally, for these pieces carry your day-to-day stories and your unique journey.