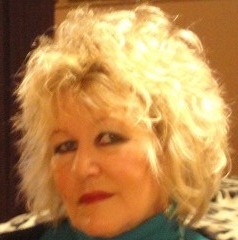 "Asking rather than answering"
Part 2


So as we continue to explore some of the more common errors we make as humans that often lead us further from our goal or attracting and uniting with a healthy life partner.

As my guides have shared on various topics and understanding the foundation for achieving our potential; self-love, value and worth continues to be step one. Whether we are discussing unconditional giving versus healthy compromise and other somewhat dysfunctional patterns or coping styles the result remains the same. Our yearning or desire for love and partnership can cloud even the most analytical or rational person. The idea or outcome (romantic relationship) begins to rise above the actual relationship and during this process even the other person unintentionally becomes devalued or less important that the "goal". It goes without notation that there are of course exceptions to all rules, however those that do not feel compelled to seek happiness or outcome via a partnership do not generally experience the issue of ask rather than answer so the point for those becomes moot.

As a human being I have of course had personal relationships, lessons and experiences that were positive, negative and learning. From a professional perspective, both in dealing with hundreds of clients and the mentoring and teaching via my guides. I have acquired the ability to better understand the ways in which humans shift their thinking and therefore alter their or the reality so that it is almost "forced" to fit inside the box.

As mentioned in Part 1, while certainly not exclusive to one gender or another it does appear to be a more detrimental issue for feminine energy as a whole. This in part goes back to our most ancient instincts and memories when for the female, literal survival depended on having a male (or male energy) for hunting and building or locating shelter from the elements. Although we obviously no longer rely on hunting for food (unless we have chosen to live a non-traditional lifestyle) there remains in our core being and energy the drive that relationships equate with survival.

Just as males seek females for specific drives, such as procreation, tending the home or family; these are no longer vital as a myriad of choices now exist just as there are many variations of the "family" unit.

So when we go back to taking a deeper look at those that avoid asking questions or in any form ignore or deny often rather obvious signs or warnings, referred to as "red flags". The intentions from those that avoid questions are in essence to avoid unwanted answers. If we for example ask a question to a potential romantic partner or a person with whom we have begun to build a relationship with, the key lies in the potential answer. It is the answer that is much more difficult to then ignore, dismiss, justify or excuse. However remaining oblivious or ignorant (unaware) then externally we seem more inclined to create an answer or reason that fits with the perceived or desired outcome. If Betty is dating Mark, and Mark provides his cell number but omits giving out his home number- perhaps Mark even comments to Betty that she should always call on his cell and omits giving a home phone number, that should elicit a question of why? But for those that are so intent upon connecting to an outcome that such person is willing to ignore an issue that could be harmless in fact but could also be of great importance. Than in this case Betty is instead either blindly accepting something that is not in harmony with a healthy or stable relationship or the cultivation of one. So in Betty's case she may instead choose to "create" her own explanation or in essence choose to answer the "why" with an explanation or answer that poses no threat.

So although those were examples not based on any real scenario it clearly represents or hopefully it does how we often get caught into the energy and coping style of ignoring issues or not asking for further details, explanations, etc., because our internal fear is that the answer or the underlying situation or even energy will then be undeniable. When something is clearly visible in our path, we are less inclined to ignore and of course our resources for moving around such an obstacle are more limited. The positive side of this however is that often the "answer" or what lies behind the unknown factors provide for us wonderful opportunities to grow as a couple, as an individual and there is always the chance that a closer bond can be established. The truth although often hard to hear, see, feel and accept; will always be and always has been the fastest and the absolute highest path to achieving happiness, harmony and joy in or with self and then of course with others.

Due to our experiences, the past our fear of the future, insecurities and uncertainties; many of us have adopted patterns which cannot possibly serve the greater good. We can refer to that as a "maladaptation" of coping or interactions in relationships. And when we choose to embrace this somewhat blind approach, not only will it not change the "what is", it can mislead us so that we are further invested by the time we feel secure enough with self to ASK.

Just as we are dealing and coping with life, love and relationships based on a multitude of influences and energies. Any person with whom we have intimate (emotionally and spiritually) contact, interactions and encounters with are also in part the result of their past and what they may choose to create as the future. And although we are in full control of our future in how we create our happiness, Universal law teaches us that the relationship must be a separate entity from either of the persons, and it will always be via the relationship we experience joy or chaos, peace or anxiety. Therefore it may temporarily feel less threatening to accept what is given without a full understanding of the intention behind such, ultimately this actually can create or lead us to confrontations with various subjects and traits in another that we know cannot be maintained in harmony or balance with who and what we are.

So these are only temporary delay tactics that almost always end up creating a much more difficult situation, and in some instances can threaten the very core and progression or potential of a future relationship.

It also would be important to acknowledge that there are those humans which may go to the opposite extreme. And in that energy; we can be perceived as being invasive, obsessive or what one might loosely term as "stalking". Which simply means that in our diligence to seek unity with another, we are not able or willing to offer respect, set and honor boundaries and approach a potential partner or relationship in a calm and patient state of being. So as a rather dramatic analogy or example; a second date would not be the appropriate timing to pry into another person's life history or to expect to be given a house key or full access to every memory, thought or feeling of another. So it can go in both directions. However in general, those that are coming across too intense will often find that people or romantic partners (or potentially partners) will exit the relationship or cut off contact very early on and often without a reasonable explanation. So in that scenario, there is not enough time spent to actually avoid, ignore or deny what lies beneath the surface. Those that answer rather than ask most often do not lack for partners and find others seem very willing to move forward. The unfortunate part of that puzzle is we may be in a sense seen or felt as "prey" for predatory energy, or set up to be used or taken advantage of because we create the connection that depth or core of another's being is unimportant or irrelevant. And in fact it is our core just as is true with another that indicates who we truly are and what our motivation or their motivation may truly be.

Next; more specific examples of asking versus answering and how to begin to shift into a more healthy way of interaction with self, collective and most important, romantic endeavors. ~

Reproduction of all or any part of Sharing the Vision by StarzMayaMoonl®, including previous posts,áwithout the express written permission from Planet Starz, Inc. isástrictly forbidden.á All violators will be prosecuted to the fullest extent.