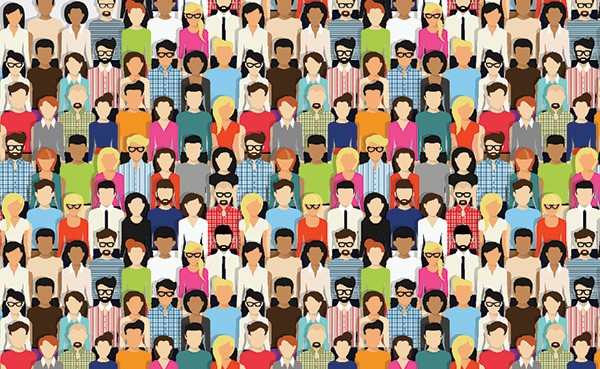 Image: People around the world - clipartpanda.com

Rather than talking about New Year’s traditions and putting in fancy pictures of champagne bottles or confetti, here are some predictions from ipsos.com gleaned from all around the world bringing you thoughts and trends for the coming year.

Following a challenging 2021, people around the world are optimistic that 2022 will be a better year.

Marking another year impacted by Covid-19, people are looking forward to what 2022 will hold, according to a new Ipsos' Global Advisor survey in 33 countries. Of the nine questions where we have trend data since 2020, four show significant change, indicating a more optimistic view of what 2022 will bring. Nonetheless, concerns about the environment and rising prices persist. And while most expect greater COVID vaccination rates around the world, half (47%) expect a new deadly strain of the virus to appear.

More than half of people (56%) believe that more than 80% of the world’s population will receive at least one dose of a Covid-19 vaccine in 2022. Latin Americans are highly optimistic, with figures rising to 81% in Peru, 76% in Brazil, and 69% in Chile. Europeans are more sceptical about wider vaccine distribution, where figures fall to 42% in France, 38% in Switzerland and 33% in Germany.

Most people around the world believe in 2022 we will see more climate change consequences, with 60% saying is likely there will be more extreme weather events in their country in 2022 than there were in 2021. With several European countries being impacted by floods in 2021, it’s no surprise that these figures rise to 72% in the Netherlands, 69% in Great Britain and 66% in Belgium.

A clear majority (75%) expect prices in their countries to increase faster than incomes. While most people around the world think this is likely to happen, only a third (33%) think so in Japan (which of course has been subject to decades of deflation).

71% anticipate seeing city centres in their countries to become busy again as people get back to working in offices on a regular basis. Nine in ten (87%) in China say this is likely to happen. People in South America have similar expectations with four in five (78%) in Argentina, Brazil and Colombia expecting their city centres to be busy again.
Globally, around three in ten (28%) say is likely that people in their country will become more tolerant of each other. While this rises to 60% in Indian, only 9% of French think this is likely to happen.

Over half (57%) say it is likely many more people will live their lives in a virtual world. This figure rises to almost eight in ten (77%) in Turkey, but falls to 43% in Great Britain, 36% in Saudi Arabia and only 18% in Japan.

Four in ten (38%) think it is likely that strict rules for large technology companies will be introduced by the Government in their country, and from our Global Trends Survey 2021 we know that 83% think social media companies have too much power.

Four in 10 (38%) say it is likely hackers from a foreign government will cause a global IT shutdown.

Armageddon? One in three (34%) globally think is likely that nuclear weapons will be used in a conflict somewhere in the world. This figure rises to half (52%) of people in Turkey

One in seven (14%) expect aliens to visit the earth in 2022, but as ever, Indians are most likely to expect visitors from outer space.

As in most years three in four say they will make some personal resolutions to do some specific things for themselves or others in 2022. Japan (44%) and Sweden (23%) are the only surveyed countries where only a minority will be making resolutions for the new year.