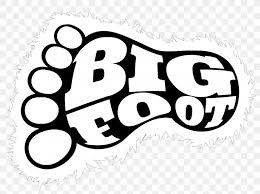 We’ve all heard the stories says this article from curiositywell.com. An average American couple goes hiking one nice weekend and comes back rambling: we saw Bigfoot, and we got him on tape! More often than not, that recorded evidence turns out to be insubstantial. Whether it’s because of amateur videography skills, poor lighting, or mistaking a rustling bush for a giant moving creature, solid Bigfoot proof still eludes us. But that doesn’t mean there isn’t convincing evidence out there, waiting to be found — or even in plain sight, as it turned out in 1924.

It was a quiet July day near Mount St. Helens, Washington, on the northwest coast of the United States. Fred Beck and a group of four other miners were going about their daily duties, in what would later be called Ape Canyon.

The team of five men knew the area well. They'd been there for six years, since 1918, prospecting for gold on a claim called Vander White, and they had a well-established cabin set up there, with plenty of supplies and equipment.

Since it was a remote location, the men carried rifles with them during the day, just in case they ran into bears — or something else. As Fred told the story, they'd been seeing large tracks by the creek, and hearing strange whistling sounds at night.

On this particular day, Fred and one of his fellow miners, Hank, were hiking down to the stream for water. It was after dinner, and the sun was sinking low when they approached the low bank.

At first, everything seemed normal, according to Fred's retelling years after. The water burbled quietly, the trees rustled, the cicadas hummed — and then Hank yelled, and raised his gun, pointing it a hundred yards away across a small gully. Fred followed his gaze.

There, standing near a pine tree and looking straight at them, was a giant creature. It looked about seven feet tall, with blackish-brownish fur or hair. Sensing danger, it ran behind the tree as Hank shot towards it.

Fred fired his rifle, too, three times — but the creature fled into the forest. The two men hiked back uphill to the cabin and told the others what they'd seen. Everyone agreed that the creature was a threat.

They decided to head to the nearby town for safety for a while, but since it was getting dark, they made up their minds that they'd wait and head out first thing in the morning.

As dark fell, the men went to sleep, but a few hours later they awoke to a huge thud against the side of the log cabin. It was around midnight, and Hank, who was sleeping on a makeshift bed on the floor, was hollering.

Whatever had hit the cabin had hit it so hard that the clay packed between the logs had crumbled and fallen onto Hank. The men jumped up and peeked out the holes in the wall to see three creatures in the shadowy moonlight, tampering with the miners' equipment.

The creatures began pushing on the cabin walls and pelting small rocks at its sides. In response, the miners fired at them out of the cracks made in the wall. When the rock-throwing and body-slamming subsided, the miners stopped shooting.

"If they saw we were only shooting when they attacked, they might realize we were only defending ourselves," Fred recounted later. However, his theory didn't entirely work out. At one point, one of the creatures reached an arm inside between the logs.

Much to the miners' alarm, it grabbed an axe that was near the hole in the wall. But before it could wreak any more damage, Fred leapt to the wall and wrenched the head of the axe upright, making it too wide to fit through the hole.

Through the rest of the night, the miners braced the door and held the creatures at bay. By dawn, the creatures seemed to have gone, and when the men peeked out, one lone creature stood on the canyon rim. They shot at it, and it toppled over the edge.

When they returned to town, they told everyone about it. Sight-seers and scientists came back to the men's cabin to see evidence of the creatures, but they never reappeared. It was only decades later, in 1967, that video evidence appeared to show a specimen of the beings.

Down the coast from Ape Canyon, Bob Gimlin and Robert Patterson were out for a ride on horseback through the woods, testing out a rented 16mm camera, when they came upon a creature walking through the woods.

The resulting minute-long footage, known as the Patterson-Gimlin film, has been intensely scrutinized and debated for subsequent decades. Patterson claimed it to be a real Bigfoot encounter, never wavering even on his deathbed in 1972.

Stories like the Patterson-Gimlin footage and the Ape Canyon escapade abound throughout American culture. However, witness testimony is often unreliable, and most of the more modern Bigfoot sightings or evidence claims have been unfortunately debunked.

So what do you think? Until scientists find real DNA evidence, we may never know the truth of what — or who — lies hidden in the mountains.