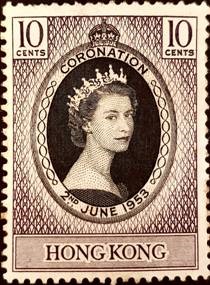 In light of this week's events in Great Britain, here is an article from historic-uk.com that explains the current titles you saw on cable news and a bit of their history.

Have you ever wondered how to address a duchess? Do you know whether an earl ranks above or below a viscount, or whose children use the title ‘Honorable’?

This article serves as an introduction to the British peerage*, which has evolved over the centuries into the five ranks that exist today: duke, marquess, earl, viscount and baron. Earl, the oldest title of the peerage, dates from Anglo-Saxon times.

After the Norman Conquest in 1066, William the Conqueror divided the land into manors which he gave to his Norman barons. These barons were summoned by the king from time to time to a Royal Council where they would advise him. By the mid 13th century, the coming together of the barons in this way would form the basis for what we know today as the House of Lords. By the 14th century two distinct Houses of Parliament had emerged: the House of Commons with its representatives from the towns and shires, and the House of Lords with its Lords Spiritual (archbishops and bishops) and Lords Temporal (noblemen).Anne Boleyn

The barons’ lands and titles were passed on to the eldest son through the system known as primogeniture. In 1337 Edward III created the first duke when he made his eldest son Duke of Cornwall, a title held today by the heir to the throne, Prince Charles. The title of marquess was introduced by King Richard II in the 14th century. Interestingly, the only woman to have been created a marchioness in her own right was Anne Boleyn , who was created Marchioness of Pembroke just before her marriage to Henry VIII. The title of viscount was created in the 15th century.

The five ranks of nobility are listed here in order of precedence:

Duke (from the Latin dux, leader). This is the highest and most important rank. Since its inception in the 14th century, there have been less than 500 dukes. Currently there are just 27 dukedoms in the peerage, held by 24 different people. The correct way to formally address a duke or duchess is ‘Your Grace’. The eldest son of a duke will use one of the duke’s subsidiary titles, whilst other children will use the honorary title ‘Lord’ or ‘Lady’ in front of their Christian names.

Marquess (from the French marquis, march). This is a reference to the Marches (borders) between Wales, England and Scotland. A marquess is addressed as ‘Lord So-and-So’. The wife of a marquess is a marchioness (known as ‘Lady So-and-So’), and the children’s titles are the same as those of a duke’s children.

Earl (from the Anglo-Saxon eorl, military leader). The correct form of address is ‘Lord So-and-So’. The wife of an earl is a countess and the eldest son will use one of the earl’s subsidiary titles. All other sons are ‘Honorable’. Daughters take the honorary title ‘Lady’ in front of their Christian name.

Viscount (from the Latin vicecomes, vice-count). The wife of a viscount is a viscountess. A viscount or viscountess is addressed as ‘Lord So-and-So’ or ‘Lady So-and-So’. Again, the eldest son will use one of the viscount’s subsidiary titles (if any) whilst all other children are ‘Honorables’.

Baron (from the Old German baro, freeman). Always referred to and addressed as ‘Lord’; Baron is rarely used. The wife of a baron is a baroness and all children are ‘Honorables’.

The title ‘Baronet’ was originally introduced in England in the 14th century and was used by King James I in 1611 to raise funds for a war in Ireland. James sold the title, which lies below baron but above knight in the hierarchy, for Ł1000 to anyone whose annual income was at least that sum and whose paternal grandfather had been entitled to a coat of arms. Seeing this as an excellent way to raise funds, later monarchs also sold baronetcies. It is the only hereditary honour that is not a peerage.

Peerages are created by the monarch. New hereditary peerages are only granted to members of the Royal Family; for example on his wedding day, Prince William was given a dukedom by the Queen and became the Duke of Cambridge. The monarch cannot hold a peerage, although he/she is sometimes referred to as the ‘Duke of Lancaster’.

As well as hereditary titles, the British peerage also includes life peerages, part of the British honours system. Life peerages are granted by the Government to honour individuals and give the recipient the right to sit and vote in the House of Lords. Today, most of those who sit in the House of Lords are life peers: only 90 of the 790 or so members are hereditary peers.

Anyone who is neither a peer nor the monarch is a commoner.