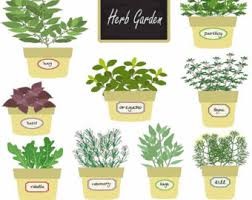 The connection between the celestial skies above and the growth cycles of plants and vegetation below has long been understood and honored through planting and harvesting rituals and documented by Farmer’s Almanacs according to celestiallivingarts.com/. A lesser known fact is that the signs and planets of the zodiac are linked to specific herbs, flowers, plants and trees and have been used therapeutically throughout the ages. Below is an at-a-glance list originated by noted 20th century astrologer Alan Leo. Herbs are classified according to planetary influences as follows:

Outer Planets: The second-octave planets, also referred to as the transpersonal planets, have comparatively only recently been discovered when viewed in the larger historical context: Uranus in 1781, Neptune in 1846 and Pluto not until 1930. Because they tend to have larger bearing on generational and collective movements, their influence is still being studied by astrologers and herbalists alike. In general, we can attribute the following qualities to each:

Uranus: Being the planet of sudden change, innovation and unusual or idiosyncratic character, plants that are unique in appearance, are hybrids, possess a quick growing cycle and are easy to transplant all fall under this rulership.

Neptune: As the planet that serves as the connection to the outer planes of consciousness, plants that are of a dreamy, other-worldy nature are fitting this cosmic symbol as well as all botanical life growing in, on or by the sea.

Pluto: Recognized as the ruler of Scorpio, the sign of sexuality, Pluto rules over all forces of procreation and life and death transformations. Botanical life resembling the genitalia are Plutonian as are those with pungent and penetrating flavors.

Since the beginning of time, cultures have planted, harvested and celebrated according to the cycles of the solar seasons and the movements of the moon. Today, as we see increasing interest in biodynamic gardening, the slow food movement and a growing demand for organically produced whole foods, we see that we are collectively feeling a need to reconnect with our natural and healthy rhythms of nourishment as tied with the cycles of nature.

Seeds planted during water and earth sign Moons generally grow more rapidly and produce more fruitfully, especially in and around the New Moon. Air and fire sign Moons are better for pruning and harvesting and clearing.