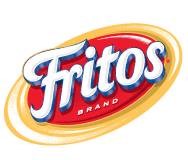 Potato chips are considered the lunchtime snack, but when you want to take things to the next level, you reach for a bag of Fritos. Beyond their classic taste and crispy crunch, though, the secrets of this salty snack are stranger than you'd expect says curiositywell.com. So let's tear the pouch open, peek inside, and grab a handful of facts — because the history of this iconic chip is one detail you definitely won't find on the bag.

Fritos’ founder was a candy seller

Charles Elmer Doolin, the future founder of Fritos, was relieved to have dodged bankruptcy as the owner of a confectionery in 1932. That's right: he was selling candy during the Great Depression. Not exactly a winning combo. As his confectionery business melted around him, Charles knew he'd need to switch gears.

Fritos were inspired by a Mexican delicacy

While ordering at a small cafe in San Antonio, Texas, Charles decided to buy a bag of corn chips. He took one bite and stumbled upon the answer he was looking for. The snack Charles had found was a common delicacy on the beaches of Mexico. In fact, the name Fritos appropriately translates from Spanish to "little fried things," which Charles found endlessly fascinating. He knew he needed to find the maker of this delicious treat right away!

Fritos were born from a taste test

When Charles found the man who owned the small corn chip business, he bought the recipe outright. He took the names of all the original customers and asked them to taste test the product once again. His question: What could take this recipe to the next level — and prevent him from spiraling into debt?

The founder was broke and lived with his mom

Poor Charles was, at this point, living back home with his mother, spending his days working on corn chip recipes. He tried different spices, different oils, different bakes, and different shapes. But he just couldn't get that "wow" factor. That's when it hit him.

Fritos aren’t made from regular corn

The star ingredient of the corn chips was masa, a finely ground flour made from corn kernels. Charles found it had the biggest impact on overall taste, so he set out to learn everything he could about corn flavors. But to make the perfect chip, he'd have to do something a little crazy.

The kitchen at Charles' mom's house was no longer cutting it. Having admitted defeat, Charles decided to hire someone who could actually bring Fritos to their full potential. He recruited a team of Texas farmers and instructed them to do something unheard of.

Charles' team of farmers got to work planting all sorts of corn varieties, including dozens of hybrids. He tested and tested until, finally, one of his employees with an agronomy degree discovered the chip-changing combo. Even without the degree, the answer seemed obvious.

Fritos started out at 5˘ per bag

A combination of sweet corn and field corn give Fritos that rustic-yet-confectionary flavor. Once this combo was discovered Fritos sales finally took off, selling at just 5˘ per bag. But Charles' first attempt at making Frito-based recipes took experimentation a little too far.

Charles had a "big recipe idea" for Fritos: peanut butter sandwiches. After all, who doesn't love a little crunch in their PB? But while some people still eat this strange delicacy to this day, it didn't exactly help Charles' sales back then. That's when his mom, Daisy Dean, decided to step in, turning Fritos into a true Texas delicacy.

Daisy Dean was just as experimental as her son. After famously putting Fritos in her fruitcake, she realized Fritos could be used to feed hungry families. By adding chili, cheese, and fresh toppings like tomatoes and corn, families could enjoy a quick meal directly in their Fritos bag. Charles was shocked by the country's reaction.

Not only did people love Frito pies, but so did America's biggest companies! Disneyland actually created a "Casa De Fritos" — a Mexican restaurant complete with Frito dishes and a creepy "Frito Kid" animatronic vending machine. But just as Fritos seemed unstoppable, Charles learned about another local product much like his own. Who was his budding competition?

Lay's chips could have destroyed Fritos

Mr. Herman Lay was spending his Great Depression on a snack business just like Charles'. The only difference was the key ingredient: potatoes. Both of the men's starches could be mass produced at incredibly low prices. But Herman was testing something Charles hadn't even thought of: snack deliveries. Would Charles have to start going door-to-door?

Brilliantly, Charles decided to ask for Herman's help. Charles was working on a secret recipe: Cheetos — the cheesy alternative to Fritos. It was with Herman’s help that Charles managed to finally get his cheesy dream off the ground. Cheetos were born in 1948, and the two men joined forces in 1961, forming what we now know as Frito-Lay Inc. Soon, they needed something to wash down these popular snacks. And Herman knew just the thing.

The Frito Bandito was voiced by Bugs Bunny

In 1967, Fritos released a series of commercials that featured "The Frito Bandito," narrated by none other than Mel Blanc — a.k.a. the original Bugs Bunny) How could they go wrong? Critics were quick to explain the problem.

The first Fritos commercial was taken off the air

Mexican-American civil rights groups sounded the alarms, identifying the portrayal as extremely racist. The commercials showed Frito Bandito stealing Fritos in a thick Mexican accent, encouraging consumers to "Buy 2, Hide 1." Given that the company was directly profiting off of a Mexican recipe, Fritos decided to pull the commercials in 1971. But for PepsiCo, this wasn't even close to a setback.

One of Frito-Lay's products was born in a trash can

Over 50 years later, PepsiCo is still responsible for the most popular snacks on our shelves. Yet not every creation was the work of Charles Doolin and Herman Lay. In fact, one of Frito-Lay's most iconic and beloved brands actually started out in a theme park dumpster.

A Disneyland dumpster, to be exact. That fact may not quite get your stomach rumbling, but the signature snack has come quite a long way since then. Of course, it should come as no surprise that Walt Disney himself had a hand in its creation, though not exactly by design.

Rather than dish out cheap snacks like corndogs and popcorn, Walt wanted Disneyland's food to be just as unique as the park itself. After all, this wasn't going to be just another rinky-dink amusement park.

Sticking to a theme

Walt wanted a theme park, complete with individually designed sections that made guests feel like they were traveling between worlds with each step. Naturally, he expected the food to reflect this diversity.

Working closely with businesses, Walt dictated that every eatery should have its food influenced or inspired by the land in which it resided. Thus, ice cream parlors, cafés, and candy shops became just as creative as the rides were.

This vision paid off, as upon Disneyland's grand opening in 1955, visitors fell in love with the character-based attractions, fantastical architecture, and, of course, the delicious restaurants. Walt had revolutionized the amusement park model — and with one innocent decision, he changed the world of snack foods, too.

Just a few weeks after Disneyland opened, Walt added a new addition to the park's restaurant lineup. Located in Frontierland, the small Mexican-themed spot was dubbed Casa de Fritos, though the food it pushed wasn't exactly exclusive to Disneyland.

Guests went crazy for the Casa de Fritos menu, gobbling up everything from Frito Tamale Specials to Frito Chili Pies. But the company's biggest seller of all would prove to be an item Frito-Lay didn't come up with themselves.

Alex Foods, Frito-Lay's Disneyland distributor, was behind the revolutionary idea. It all began one fateful day in 1964, when an Alex Foods rep visiting the park noticed something peculiar outside of Casa de Fritos.

Piled high in a nearby dumpster were hundreds of tortillas, the ones that hadn't been used before the restaurant shut its window for the day. Unhappy with the amount of waste, the Alex Foods rep quickly came up with a plan that he knew Frito-Lay would be all over.

Rather than toss the tortillas out, he proposed that excess be cut up and fried to resemble totopos, and already beloved Mexican snack. Yet these wouldn't be your average everyday tortilla chips.

The rep also proposed seasoning the fried tortillas, something that most major potato chip brands were just now starting to experiment with. Frito-Lay was over the moon with the idea and decided to call the new creation "little pieces of gold," which in English roughly translated to...

An icon is born

Believe it or not, these early Doritos weren't nacho-cheese flavored — instead, they were dusted with a light taco seasoning. It wasn't until after the chip became a national phenomenon in the '70s that all that cheesy goodness was introduced. From there, its only grown.

Since then, the Doritos brand has introduced hundreds of different flavors, many of which have been questionable, to say the least. Almond cheese, gourmet sausage — there was even a Mountain Dew flavor!

Doritos has reached international level of fame as well. In Japan, you might find a wasabi flavor, while over in Turkey you may spot a bag of tomato and onion salad. Interesting!

Lay’s tastes different aboard too

In the U.S., a yellow bag of Lay’s would contain the brand’s classic salted potato chips. But in Thailand, a similarly hued sack contains something very different: egg-flavored chips. Would you try them?

If you’re in China, and you want a “Classic” flavor bag of Lay’s, it’s pretty easy to locate the right flavor. The bag says, “American Classic Flavor” and even has a similar color and branding.

Lay’s' packaging looks pretty different in other countries, too. The company purchased British brand Walkers in 1989. And since it had a loyal following in the U.K., its new owners didn’t change the name. Instead, they just gave it a new logo — one you might recognize from your bags of Lay's chips.

Frito-Lay debuted a new flavor of Doritos called Cool Ranch in 1986, and it took off in popularity among American snackers. But the company knew that ranch dressing wasn’t as big of a thing overseas. So when they brought the new variety to Europe and the U.K., they called the chips Cool American and Cool Original, respectively.

At home, you’d run into a convenience store, walk over the cooler and barely look as you grabbed a bottle of Pepsi – it’s easy to recognize the branding. In Japan, though, finding your soda of choice would require you to pay closer attention. The small Pepsi logo gives it away, but the words “Japan Cola Zero” almost throw you off the scent.

To Americans, the inclusion of the word “diet” in the name Diet Coke means something. Specifically, it means that the soda contained within the can has low or no calories. In other countries, though, that descriptor doesn’t carry the same connotations. So many countries refer to the silver-canned soda as Coca-Cola Light.

The citrusy soda called Surge hit American shelves in 1997, but that wasn’t the first time this recipe appeared in grocery stores. Across the pond, it debuted in Norway in 1996, albeit with a slightly different name: Urge. This iteration made its way to Denmark and Sweden, but got discontinued in those two countries in 2001. You can still get it in the States and Norway, though.

Its real name is Kentucky Fried Chicken, but most people refer to the fast-food joint by its initials: KFC. In other languages, though, KFC isn’t the right acronym. In Quebec, Canada, for example, the eatery is called Poulet Frit Kentucky, abbreviated to PFK on the restaurant’s French-speaking outposts.