Valentine's Traditions Around the World 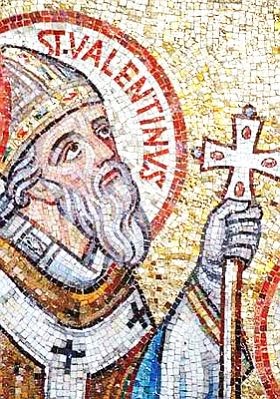 Today we celebrate the day honoring the tradition of Saint Valentine, love, harmony and great expectations.  In this article from todayifoundout.com we find out what the Valentine's traditions are around the world.

1. Japan: In this part of the World, it’s all about spoiling your man on Valentine’s day and not the other way around like in most Western cultures. Japanese women are usually said to be reserved and shy when it comes to expressing their affections with lovey-dovey gestures. However, on this day, the women are in the forefront presenting the men (and sometimes even female friends) in their lives gifts (mostly chocolates), to express either their love, courtesy or social obligation.
This custom of gifting chocolate in Japan on February 14th, was first introduced in 1936 by a Kobe-based confectioner ‘Morozoff Ltd.’, when it ran the first ever Valentine’s Day ad in Japan through a local English newspaper, with the intent of targeting foreigners that were used to celebrating the holiday of love. By the 1950’s other Japanese chocolate manufacturers joined in and started promotions to boost their chocolate sales on that day and a department store called ‘Isetan’, even started a “Valentine’s Sale” in 1958. In the 70’s a new promotion concept caught on… gifting different types of Valentine’s chocolates to express the nature of one’s relationship intent without the need for words.

The different types of chocolates signified different relationships- A woman may gift ‘giri-choko’ (?????) that literally translates to ‘obligation chocolate’, to men without any romantic interest (like bosses, colleagues, class-mates, brothers, fathers and close male friends). ‘Ch?-giri choko’ is a step down from that and is referred to as “ultra-obligatory” chocolate. It is a cheaper chocolate reserved for people the woman isn’t even particularly fond of, but feels obligated to gift something to so they don’t feel left out, say an unpopular co-worker, for example. Then on the other end of the spectrum, there’s ‘honmei-choko’ (?????) meaning ‘favorite or true feeling chocolate’, that is specially gifted to boyfriends, lovers or husbands. For a show of extra love or interest, the ‘honmei-choko’ may be home-made by the women themselves and the receivers are deemed very lucky men. Lastly, a more recent type of chocolate has popped up ‘tomo-choko (????), ’tomo’ meaning “friend”, which is gifted to the woman’s female friends.

While on Valentine’s Day itself the men sit back and enjoy the treats presented to them by women, in the 1980’s the Japanese chocolate companies again came up with yet another successful campaign (and an obvious way to sell more chocolate) called ‘White Day’. Initially called “Ai ni Kotaeru White Day” meaning ‘Answer Love on White Day’, March 14th has since become the customary day for men to reciprocate their feelings to those who gave them chocolates on Valentine’s Day. They do so by presenting women with gifts (like lingerie, jewelry, clothing etc.) and chocolates that are at least two or three times more valuable (an unspoken rule) than the one’s they received from them on Valentine’s Day. The name ‘White Day’ is said to have been chosen because it signifies purity and has become the popular color of choice for the boxed chocolates and other confections gifted on that day.

2. South Korea: Adapted from the Japanese tradition of Valentine’s Day, women in South Korea too, spoil their men with chocolates on this day. In return, they receive gifts on ‘White Day’ from men in a similar fashion as in Japan. However, it doesn’t end there. They have taken the Valentine’s traditions a step further and introduced what they call “Black Day”. On the April 14th, a month after ‘White Day’ the single people who didn’t receive any lovin’ (chocolates or gifts) on Valentine’s Day or White Day for that matter, have started an informal tradition of meeting up at restaurants to eat ‘jajangmyeon’ (??? ), a dish made up of white Korean noodles with a black bean sauce, referred to as black noodles. Some say this tradition of eating black noodles with other single friends is a celebration of the single life, while some see it as is more of a consolation dinner or mourning of being single. That said, South Koreans are a romantic bunch and have practically marked the 14th of every month to signify some sort of ‘Love’ related day. January 14, kicks off with Candle Day; February 14- Valentine’s Day; March 14- White Day; April 14- Black Day; May 14- Rose Day; June 14- Kiss Day; July 14- Silver Day; August 14- Green Day; September 14- Music Day; October 14- Wine Day; November 14- Movie Day; December 14- Hug Day.

4. Denmark & Norway: Largely imported from the west ‘Valentinsdag’ as it is known or Valentine’s Day was not very widely celebrated here until more recently. However, they have still managed to come up with their very own quirky little tradition, that locals have embraced and made popular on this day. “Gaekkebrev” are funny little poems or rhyming love notes that men send to women anonymously on Valentine’s Day, giving them only a clue as to the number of letters in the senders name, represented by a dot for each letter. The recipient must then guess who sent her the card. If she guesses correctly she wins an Easter Egg on Easter later that year and if she’s stumped as to who her secret admirer was, she owes him an egg instead which is collected on Easter.

5. Slovenia: The 14th of February in Slovenia, marks the first working in the fields. St Valentine or ‘Zdravko’ as he’s better known there, is one of their patron saints of spring. There’s a Slovene proverb that goes “St Valentine brings the keys of roots”. As such, it’s an auspicious day to start working in vineyards and fields as usually around this time of year one starts noticing the revival of plants and flowers. The people of Slovenia also have a belief that the birds of the fields propose to their loved ones and get married on this day (simply put, it’s the mating season for some birds), and to witness this one must walk barefoot through the field on sometimes still frozen ground. So, while this day is significant in the agricultural community in Slovenia, it isn’t until March 12, on Saint Gregory’s Day, that the majority of people celebrate their annual day of love. They also consider February 22 (Saint Vincent’s Day) and 13 June (the patron of love Saint Anthony’s Day) days to celebrate love.

6. Finland & Estonia: Here Valentine’s Day is more a celebration of friendship rather than a romantic love fest. February 14th is called “Ystävän Päivä” in Finnish and Sőbrapäev in Estonian, which literally translates to “Friend’s Day”. People exchange cards & gifts among friends with the greeting of “Happy Friends Day”. It is however, a popular day to tie the knot or get engaged.

7. Wales: The Welsh celebrate ‘St. Dwynwen’s Day’ (the patron saint of lovers) on January 25th, which is their equivalent to Valentine’s Day. Legend goes that Dwynwen, daughter of King Brychan Brycheinog lived in Anglesey, in the 5th century and fell in love with a young man named Maelon. As all legendary love stories go, tragedy struck when the two were unable to be together (for reasons not entirely known, as the word of mouth story varies – some say she was raped by Maelon, while others state her father disapproved of the union and had her betrothed to someone else). Whatever the reasons, she was said to be distraught and fled into the woods where she encountered an angel who gave her a potion to cool her love for Maelon. The potion however, did more than just that, Maelon was turned into a solid block of ice. Further distraught by this icy addition to her problem, Dwynwen prayed and God (some versions say the angel) granted her 3 wishes. She is said to have wished for Maelon’s release from his icy tomb, secondly, that God watches over all true lovers and helps them realize their dreams and hopes or guides them through their sadness and love, and lastly, that she never marries. After being granted her wishes Dwynwen retreated to a life of dedication to the Church as a nun on the Island of Llanddwyn.

On this Welsh Valentine’s Day, it is customary to gift love-spoons, an age old tradition that got started when Welsh men (possibly originating among sailors), would carve intricately decorated spoons of wood and would present them to a lady that they were interested in courting or marrying. The designs they carved on the spoon handles were symbolic too. For example- Keys would signify a man’s heart, wheels his hard work and beads, his preferred number of offspring and so on. This tradition is carried on even today, as men gift their ladies spoons.

8. England: In the 1700’s, on the eve of Valentine’s day single women in England used to place/pin five bay leaves, one at each corner of their pillows and one in the center, with the belief that it would bring them dreams of their future husbands. Another variation of this tradition was to sprinkle bay leaves with rosewater and lay them across their pillows saying “Good Valentine, be kind to me, In dreams let me my true love see”. Now mostly considered folklore, this tradition is not widely practiced anymore but can still be seen once in a while.

9. Norfolk, England: Along with traditional Valentine’s Day customs of cards and flowers and romance, the people of Norfolk in the East of England, have a Santa Clause of sorts that goes by the name ‘Jack Valentine’ and sometimes known as Old Father Valentine or even Old Mother Valentine.. This lovable but mysterious character is said to knock at little children’s doors on Valentine’s Eve and sneakily leaves them little treats and small presents. Although it isn’t quite known when or how this tradition got started, it’s still quite popular for generations of parents to continue what their parents had once done for them.

10. France: Dubbed one of the most romantic countries in the world, it comes as no surprise that France too houses a strange Valentine’s Day tradition. Their most popular tradition was called “une loterie d’amour” that translates to “drawing for love”. This practice involved single men and women of all ages to enter houses that faced opposite each other and take turns calling out to one another until they were paired off. If the men didn’t like their match, they would simply leave the woman for another man to call. As part of the tradition, the women that didn’t get matched up, got together for a big ceremonial bonfire in which they tossed pictures & objects of the men who rejected them, whilst swearing and hurling curses at the opposite sex. This tradition truly exemplified the phrase “Hell hath no fury like a woman scorned!”, so much so, that French government officially banned the practice all together because of how rowdy and uncontrollable the whole event usually got.

Detail of mosaid of St. Valentine -**Image provided by www.wikipedia.org**