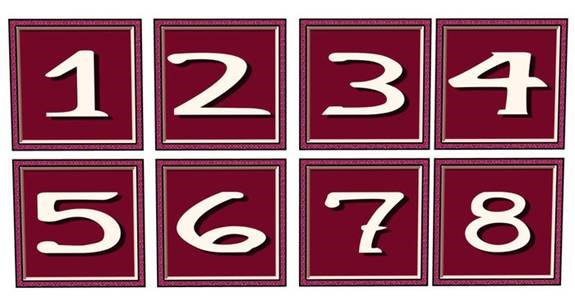 Image: One through eight – clipartpanda.com

We all have that one topic we’re secretly into. For some, it’s a 9-11 conspiracy theory and for others it’s Astrology. Cue “if you’re so into astrology, then guess my star sign”, for starters that’s not how it works according to capetownetc.vom!

It’s no surprise that there’s a rise in all things magical during the age of uncertainty and what better way to discover ourselves than to explore the skies. It turns out that our ancestors have been exploring Astrology for thousands of years, including a few present-day names such as the Obamas. There is so much more to Astrology than compatibility and birthstones, here are 10 interesting facts you never knew about Astrology.

Here is a fun fact for you reader, Millenials aren’t the only ones stargazing, but highly influential individuals too. According to The New Yorker, 1980 US President Ronald Reagan “consulted an astrologer before ‘virtually every major move and decision’ including his reelection announcement”. President Theodore Roosevelt (26th US president) would also often quote horoscopes and kept his birth chart in his drawing-room.

One can never be sure, but when a prediction comes true we are often left speechless. Astrologers worldwide argue that they have predicted a “disturbance” in 2020. Astrologer Pandit Jagannath Guruji tells Indiaexpress that he predicted global job loss and a financial crisis for the year 2020, he notes “I also predicted that many people living abroad would come back to India. I had even told some of my clients they might face some health problems, and it came true because of the pandemic.”

The scorpion, known as the determined, assertive and intuitive sign of the Zodiac. Are these the traits needed to be a world leader? Some say that might be the case. An analysis of 190 world leaders indicated that certain Zodiac signs are more likely to be in leadership positions, reports Vocativ. “Scorpios, born in late October through late November, have the most heads of government, with 22, or more than 11 per cent of those heading up cabinets throughout the world” the Daily Mail reported. Not only is President Joe Biden a Scorpio, but so is Hillary Clinton, Marie Antoinette and the “father of modern China”, Sun Yat Sen. Next on the zodiac list of world leaders is the fiery Leo and Sagittarius.

An astrologer predicted that someone born on the 20th of April 1889, would rise to power. That, someone, was Adolf Hitler. An attempted assassination of Hitler was also predicted by Swiss astrologer Karl Krafft. For predicting the unfortunate event, Krafft was arrested by the Nazis. After realizing the astrologer was innocent, the Minister of Propaganda, Goebbels hired Krafft as the Nazis’ in house astrologer. According to AstrologyCosmos, “it was Krafft’s astrological forecasts that led Hitler to start the successful Operation Barossa attack.”

Astrology as we know it originated in Babylon. Some of the first astrological records date back as early as 4000 BCE, in the cultural region known as Babylonia. Babylonians observed and recorded the movement of planets and stars. These astrologers built the foundation for the Greek and Hellenistic astrological practices, and now influencing Western Astrology.

Many assume that they have only one sign that’s based on their date of birth. That sign is known as the sun sign, but there are many others, including a sign for each planet and 12 different houses. The “big three” are your sun, moon and rising sign, revealing information around your personality, emotions, vulnerability and how you love. You need your birth date, birth location and time (as accurate as possible) in order to retrieve your birth chart that will help reveal your “big three”. You can use any of these free birth chart calculators:

7. The moon alters your mood

When the moon is full, you may suddenly find yourself on the couch sobbing over your first love. Where did that come from? Research dating back as far as 400 B.C “blamed the behavioural changes on the pull of the moon. The word ‘lunatic’ after all, came from the idea that changes in the mental state were related to lunar cycles,” according to Healthline. Perhaps that is why Emelia from Shakespeare’s Othello tells Othello that the moon is too close to Earth, and drove men insane.