What Peanuts Character Are You, According To Your Zodiac Sign 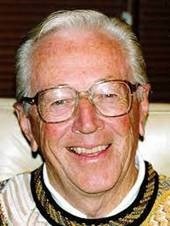 If you often struggle to give up the spotlight or control your rage towards certain boys who wear classic yellow sweaters, the zodiac might be able to explain your urges according to ranker.com. In this case, you're probably a Lucy, the Peanuts character most like an Aries. She's fiery, and she knows what she wants. And hey, what's the problem with that? After discovering which Peanuts character matches your astrology sign, you'll probably gain the peace Lucy never can. Or you may understand why that dirt cloud keeps following you, too.

Charles M. Schulz's hilarious comic characters are more psychologically complex than you might have guessed. The 12 horoscopes can explain their quirks and yours, too.

Aggressive, assertive, and sometimes downright mean, Lucy barrels through life like a hot-headed Aries. She loves the spotlight as long as it's on her own terms, and this Peanuts authoritarian has ambition.

Lucy doesn't mind stepping on or over a few people to get what she wants - just like any other Ram.

Marcie shares the caution and determination of the Taurus Bull. Her unfaltering dedication also makes her a dear friend. Unsurprisingly, Marcie loves elegant activities, including ice skating and music.

And true to her sign, she's an artist at heart.

Many Geminis possess an unmistakable charm, which allows them to be great communicators when they want to be. And Franklin certainly chats it up with all kinds of kids. Even when he prefers to be left alone - which he does, since he takes after this moody sign -  he still masters the gift of gab.

Lovely but lazy, kind but hypersensitive, optimistic but obsessive - Sally has all of these traits. A true Cancer, Charlie Brown’s younger sister likes to think about the good things in life. Insecurity and anxiety occasionally plague her, though.

When Sally feels intimidated, she clams up, becoming stubborn and cold.

People born under Leo's sign are kings of their respective domains. They chase big dreams, but still find time to enjoy the finer things in life - like laziness.

Snoopy may be the Peanuts's signature dog, but he's also the epitome of the Leo Lion.

Virgos like Violet pride themselves on being practical and resourceful. People of this sign may be a little reserved and critical, though, occasionally seeming uptight with super high standards. Making friends with them can be challenging.

This Peanuts legend is especially analytical and quick-witted, but she can be snobby.

While little Linus might be kindhearted and caring, he's also kind of a pushover. His attempts to keep things balanced make him a complete people pleaser. Libras do have a natural desire to make everyone feel at ease, after all.

Scorpios can be cold and calculating, but their cosmic stinger can be used for more than just malicious intent. Just like Peppermint Patty, Scorpios can be brave and protective.

Moreover, this outspoken character doesn't like being told what she can't do; her strong will is indicative of the Fall sign.

Woodstock is a fun and spontaneous little yellow bird, completely proving other people's expectations aren't that important. He's not the best flyer, but Woodstock certainly experiences life in a way other birds wouldn't dare try to imitate.

A total Sagittarius, this spirited character dives into new experiences head first. To him, life is nothing but adventure.

Wholesome and hardworking, Capricorns have no problem being loyal to friends. Neither does Charlie Brown. He might be riddled with anxieties, but his heart is full of gold.

Like a Capricorn, Charlie loves his family; he even helped raise Sally from a baby, after all. He values honesty and structure, too.

Aquarians are usually consumed by their own thoughts, and they certainly have millions of ideas at any given time. Schroeder has all the eccentricity and artistic innovation of an Aquarius, but he's still a little spacey.

While he's busy tinkering away at his music, he's completely clueless about Lucy's romantic advances.

Pig-Pen is a weirdly whimsical character, completely content to wallow in his own dirt. This aloof and oddly romantic attitude towards life is typical for a Pisces, though.

A Water sign who lives in a fantastically obscured version of reality, the typical Pisces just drifts along, much like the dust cloud that follows Pig-Pen everywhere.