Wiccan Holidays: Celebrating the Sun on the Sabbats 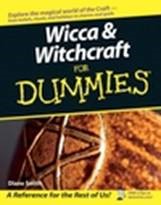 Part of Wicca and Witchcraft For Dummies™ Cheat Sheet

Wiccan holidays, or Sabbats, are timed to the seasons and the Earth’s natural rhythms. Sabbats celebrate the Earth’s journey around the sun, called the Wheel of the Year, and Wiccans refer to commemorating the Sabbats as Turning the Wheel.

Yule is the longest night and the shortest day of the year. Some Wiccans consider Yule to be either the year’s beginning or the end. This is the time to celebrate the return of the light. Yule is the solar turning of the tides, and the newborn Sun offers a fresh start and, literally, a new day. It’s a time of renewal and hope.

Brigid, or Imbolc, is a preparation for spring. At Brigid, Wiccans clean and organize their living environments, as well as their minds and hearts, in preparation for the upcoming season of growth. It’s a time to shake off the doldrums of late winter and light the fires of creativity and inspiration.

Winter is now over. Light is increasing. The day and night are equal in length at the equinox. Spring has arrived or is coming soon. Eostar is the time of fertility, birth, and renewal. The ice is thawing, and the growing season for plants and animals begins. Growth is the theme of the day.

Beltane, May Eve, Beltaine, Bealtaine, or May Day: April 30 or May 1

Beltane is the time of the marriage and union of the Goddess as Mother Earth and the God of the Greenwood. It is an ancient fertility festival marking the beginning of the planting cycle. The festival was to ensure a good growing season and a bountiful harvest. Beltane is light-hearted and joyful.

Litha is the longest day and the shortest night of the year. Light triumphs, but will now begin to fade into darkness as autumn approaches. The crops are planted and growing. The woods and forests have reached their peak fullness. This is the time of abundance for wildlife, including people! The holiday is joyous.

For the ancient Pagans, Lughnasad was a time of both hope and fear. They held hope for a bountiful harvest and abundant food, but they feared that the harvest wouldn’t be large enough and that the cold months would be filled with struggle and deprivation. At Lughnasad, modern Wiccans also face their fears, concentrate on developing their own abilities, and take steps to protect themselves and their homes.

At Mabon, the day and the night are equal in length, in sublime balance. For many locations, Mabon coincides with the final harvest of grain, fruits, and vegetables. Mabon, also called Harvest Home, is the time of thanksgiving. The beauty and bounty of summer gives way to the desolation of winter, and the darkness overtakes the light.

For many Wiccans, Samhain marks the New Year and is the most important Sabbat. It’s the time to remember the ancestors, and the time to celebrate the harvest and all that has been accomplished over the year.