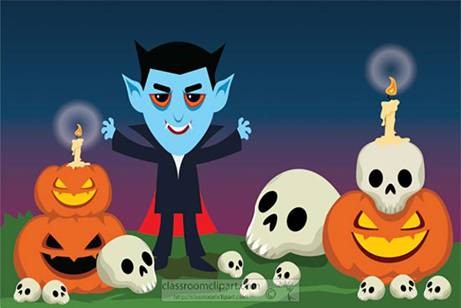 Some of literature's best-known poets have been inspired to write dark verses that have lingered through the ages like a specter according to thoughtco.com. Maybe you'll find a spooky favorite among these 10 poems, perfect for Halloween or anytime you feel mysterious.

William Shakespeare (1564–1616) wrote nearly 40 plays, including this one about an ambitious Scottish nobleman. The three witches (also known as the Weird Sisters), who prophesize Macbeth's rise (and fall) from power, are among the most memorable characters in this Shakespeare drama.

John Donne (January 22, 1572–March 31, 1631) was an English poet known for his bold, terse verse that ran counter to the prevailing floral language of his peers. Donne was also an Anglican priest and served in Parliament.

"When by thy scorn, O murd'ress, I am dead
And that thou think'st thee free
From all solicitation from me,
Then shall my ghost come to thy bed..."

Robert Herrick (August 24, 1591–October 15, 1674) is best known the line "Gather ye rosebuds while ye may," which is from one of the lyrical poems for which he was known. Although Herrick primarily wrote love poems, he also chose darker subject matter on occasion, including this poem.

"The Hag is astride,
This night for to ride;
The Devill and shee together:
Through thick, and through thin..."

Scotland's national poet Robert Burns (January 25, 1759–July 21, 1796) was a leading writer of the Romantic era and widely published during his lifetime. He wrote frequently of life in rural Scotland, celebrating its natural beauty and the people who lived there. Many of his poems, including this one, are written in a Scottish vernacular, intended to be spoken aloud.

"Together did convene,
To burn their nits, an' pou their stocks,
An' haud their Halloween
Fu' blythe that night. .."

George Gordon, also known as Lord Byron (January 22, 1788–April 19, 1824) was a poet, politician, and noted member of the English aristocracy. His poems, often epic in length, are considered icons of the Romantic era. "Darkness" was inspired in part by the "year without summer," when a massive volcanic eruption in Indonesia resulted in below-normal temperatures all year throughout much of the world.

"I had a dream, which was not all a dream.
The bright sun was extinguish'd, and the stars
Did wander darkling in the eternal space..."

Edgar Allan Poe (January 19, 1809–October 7, 1849) was a leading Romantic literary figure in the U.S., known for poetry and short stories that often had a mysterious or macabre theme. "The Raven" is perhaps Poe's most famous poem. It was a popular success as soon as it was published in 1845.

"Once upon a midnight dreary, while I pondered, weak and weary,
Over many a quaint and curious volume of forgotten lore–​
While I nodded, nearly napping, suddenly there came a tapping,
As of some one gently rapping, rapping at my chamber door..."

Henry Wadsworth Longfellow (February 27, 1807–March 24, 1882) is best remembered for his lyrical poems that celebrate early Americana, including "Paul Revere's Ride" and "The Song of Hiawatha." In this poem, Longfellow imagines what lingers within dwellings after the occupants have passed on.

"All houses wherein men have lived and died
Are haunted houses. Through the open doors
The harmless phantoms on their errands glide,
With feet that make no sound upon the floors..."

Christina Rossetti (December 5, 1830–December 29, 1894) was a British poet who came from an accomplished family of poets. She drew inspiration from mysticism and the occult, writing verse for both children and adults. "Goblin Market" is one of her best-known poems.

Walt Whitman (May 31, 1819–March 26, 1892) was an American writer and poet whose work often romanticized the natural world, which was quickly vanishing as the U.S. expanded its borders. The composer Gustav Holst used this poem as inspiration for his composition "First Choral Symphony."

Robert Frost (March 26, 1874–January 29, 1963) was one of the most famous poets in the U.S. in the 20th century. He became famous for his many poems chronicling life in rural New England and was honored with both a Pulitzer Prize and Congressional Gold Medal for his writing. This poem imagines the spooky interior of an abandoned home.

"I dwell in a lonely house I know
That vanished many a summer ago,
And left no trace but the cellar walls,
And a cellar in which the daylight falls..."