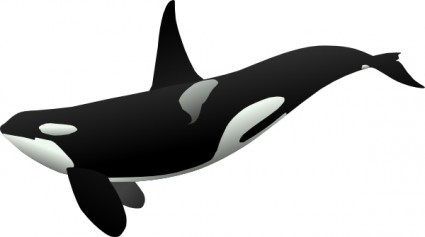 Scientists at the University of Copenhagen compared the genomes of killer whales, walruses and manatees with those of dogs, cows and elephants according to an article at dailymail.co.uk.

The findings suggest the marine mammals evolved down separate paths

They may be described as the 'wolves of the sea', but it turns out that the killer whale is more closely related to the cow than the predatory canine.

A new study has also revealed that walruses may actually be more deserving of the majestic title than the orca that hunt them.

Genetic analysis of three species of marine mammal has also revealed that the gentle manatee - often called the sea cow - is more closely related to elephants.

The research shows that killer whales and cows share a common ancestor while walruses share one with dogs and manatees evolved from the ancestors of elephants.

Hippos Are Related To Whales

They may not appear to be related, but hippos have long been thought to share an ancient ancestor with whales.

Now researchers have uncovered the 28 million-year-old molars of an ancestor of the hippo that has finally provided direct proof of their link with whales.

Palaeontologists at France's University of Montpellier say the long extinct relative of hippos came from a group of plant eating, semi-aquatic mammals with even toed hooves called anthracothere.

They have named the new species Epirigenys lokonensis - 'epiri' means hippo in the Turkana language and Lokone after the discovery site.

Until now, the oldest known fossil of a hippo ancestor dated from about 20 million years ago, while cetacean remains aged 53 million years have been found.

Scientists say the new fossil suggests hippos could be the closest living relative of whales left on the land.

It suggests mammals returned to the sea on several occasions during their evolutionary history and then separately evolved similar physiological traits - a process known as convergent evolution.

Andrew Foote, a researcher at the centre for geogenetics at the Natural History Museum of Denmark at the University of Copenhagen, who led the study, that despite all looking similar, sea mammals were surprisingly different genetically.

Speaking to Danish newspaper Videnskab, he said: 'From the outside these animals look alike, but they are radically different on a genetic level.'

Mammals are thought to have first started returning to the sea around 60 million years ago as land mammals started moving into shallow marine environments to feed.

Scientists have long thought that mammals invaded the oceans in two pushes - once in the early Eocene, about 56 million years ago - leading to whales, dolphins and manatees.

The second push came in the Oligocene about 30 million years ago led to seals and walruses.

However, the new research suggests prehistoric land mammals may have invaded the oceans on other occasions too.

The researchers compared the genomes of killer whales, walruses and manatees with those of dogs, cows and elephants.

Walruses tend to forage for shellfish on the sea floor rather than hunt in packs like wolves    +4
Grey wolves evolved from a common ancestor shared with walruses         +4
They may not look alike, but the walrus on the left has a shared ancestor with the grey wolf on the right

They analysed the genomes to find out which parts had undergone major changes since the species separated from common ancestors millions of years ago.

Their study, which is published in the journal Nature Genetics, showed that surprisingly the marine mammals were genetically quite different.

Indeed, the killer whales were found to share more of their genome with cows than with their marine cousins while walruses were closer to the dog family.

The findings suggests that walruses and seals share a common ancestor with modern wolves and dogs while orca evolved from a shared ancestor with the more docile cow.

Manatees are slow swimming herbiovores that live in warm, shallow coastal waters
African elephants like this male bull live in some of the most arid landscapes on the planet but share an evolutionary history with the manatee

Manatees share their genetic evolution with the largest mammal on land, the elephant.

It means that the nickname given to killer whales - wolves of the sea - due to their highly predatory tendencies and ability to hunt in packs, may have to be revised.

Indeed walruses often fall prey to killer whales, but may be more deserving of the title.

Manatees, which are large, slow moving herviorous mammals that live in the shallow coastal waters of the Carribean Sea, Gulf of Mexico and West Africa.

Fossilised remains of ancient manatees have been found around Florida that date back 45 million years.

Dr Foote and his colleagues, however, have now found that manatees are more closely related to the largest land mammal on the planet - the elephant.

It is thought that they split from elephants around 60 million years ago.

Although elephants are land mammals, they are known to swim and use their trunks as snorkels.

Dr Foote said: 'Surprisingly, we found an unexpectedly high level of convergence along the combined branches of the terrestrial sister taxa - cow, dog and elephant - to the marine mammals.'

The study showed that the three species of marine mammal had undergone what is known as genetic substitutions in their DNA.

The scientists found just 15 genes that appear to have been affected by these substitutions, suggesting they the different species had evolved the corresponding physiological traits separately.

This means that their similar topedo-shaped bodies and tail shaped hindlimbs were shaped side-by-side by the ecological demands of living in the ocean rather than a common ancestor.

Among these were gene substitutions that play a role in bone formation that the scientists believe may have helped early shallow diving species such as the manatee and walrus to overcome neutral buoyancy.

Similarly they said changes to the same genes could have allowed deep diving species to overcome this buoyancy.

Other changes may be involved in heart beat regulation during diving and making blood more viscoius to increase the amount of oxygen it can carry to muscles.

Dr Foote told Videnskab: 'We were certain that for the tail and fins we'd see convergent evolution in the same genes, however, we did not.

'The animals had found other genetic pathways to achieve the same physiological result.'