Why Am I Craving Sweets? 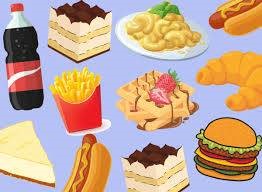 Sugar is almost everywhere — added to countless products advertised on every form of media, and included in nearly every holiday and casual meal according to healthline.com.

According to a 2018 research review, craving sweets is now so common that some researchers wonder whether we’ve developed a habit-forming culture when it comes to craving sugar.

It might be a good time to take a closer look at why we crave sweets and what we can do about it.

People crave sugar for many reasons — some of them physiological and some of them psychological. So, if you’re asking yourself why, here are some possible causes to consider.

What you eat — along with when, why, and how much you eat — can turn into behavior patterns.

In a different 2018 research review, researchers say that what you crave is the result of classical conditioning: behaviors you’ve adopted over time because they feel rewarding.

In short, you may crave sugar because your mind and body have been trained to crave it.

An intense craving can feel a lot like a compulsion or a habit-forming experience.

In a 2016 research review, researchers found that processed foods — especially those containing added sugar — can cause habit-forming behaviors in people and in laboratory rats and mice.

Are sugary foods habit-forming in the same way as drugs? The science isn’t completely clear on that point.

It’s possible that artificial sweeteners, which are much sweeter-tasting than sugar, may change people’s taste preferences over time.

Some researchers think that when people get used to the hyper-sweetened taste of artificial sweeteners, their desire for sweeter foods could get stronger.

In one small 2015 study, researchers tracked the desire for sweets in a group of 20 people who gave up all sweeteners, both caloric and non-caloric.

After 2 weeks, 86.6 percent of them reported that they no longer had sugar cravings. This led researchers to say that doctors should recommend that their patients participate in a no-sweetener health challenge for 2 weeks.

Your body responds to stress by secreting hormones that are also related to food cravings. In a 2019 study, the stress hormone cortisol was linked to the desire for sweet foods, for example.

A 2016 research review showed that the hormone ghrelin, which controls appetite, was released when people were stressed out.

And if you’re exposed to stress over a long period, a 2015 study  showed that you’ll be vulnerable to increased cravings for palatable foods containing added sugars and fats.

The relationship between what you eat and how you sleep is complex. A 2013 study  showed that people who don’t get enough sleep tend to crave foods that are:

This may be because they’d like to boost their energy levels.

A 2017 research review showed that sugary foods can interfere with the quality of your sleep.

In the United States, there’s a really common belief that chocolate cravings and periods are linked.

According to a 2013 research review , some researchers think that people crave chocolate due to the release of endorphins, which are brain chemicals that make you feel good and regulate your mood.

A 2017 study  showed that while the idea of craving chocolate during your period is well known in the United States, it isn’t nearly as common in other countries.

The difference leads some researchers to think that this particular sugar craving may be based in culture, not biology.

According to the National Institutes of Health, lab studies involving mice indicate that craving high sugar, high fat foods may have a genetic link.

Researchers found that the Prkar2a gene, which is expressed in the part of the mouse brain that controls anxiety, may also play a role in the desire for sweet, fatty foods.

Mice without the Prkar2a gene consume less sugar and run around more than mice with the sugar-craving gene.

More research is needed to understand whether there is a genetic connection to cravings in humans.

Can you rewire your cravings?

The short answer is yes. Research shows that even when cravings are intense, resisting them can eventually lead to fewer cravings overall.

A 2016 survey  of 2,932 people who were actively engaged in a weight management program revealed that more than half of them (55 percent) experienced less intense, less frequent cravings over time.

An older 2005 study  found that restricting your eating too much actually led to more cravings, not less.

A 2020 research review indicated that if you reduce the calories you eat instead of eliminating certain foods completely, cravings tend to decline.

How to manage cravings

Cravings on their own are not necessarily harmful to your health, it’s how you respond to cravings that could become problematic. Here are some options for managing cravings when they come upon you:

Eating the odd square of chocolate or piece of cake on your birthday is probably not going to damage your health. And it can be good for your mental health to savor something luscious now and then.

According to the National Institute of Diabetes and Digestive and Kidney Diseases, health experts say that the occasional sweet indulgence is fine — just not every day.

Glance at the label

Sometimes a reality check can curb your craving. If you’re craving something that has a packaging label, look closely at the nutritional content, so you can make an informed choice about what to eat.

A 2015 study  showed that a brief 15-minute walk could cut the cravings. As a bonus, the walk could pep you up more than a cookie or brownie anyway.

Opt for a nap instead

If you’re one of the millions of folks who are chronically sleep deprived in this age of overstimulation, a power nap may do more to revive your energy levels than something sugary.

If you want a hint of sweetness without the glycemic overload, you could choose healthier alternatives like:

And if you’re feeling hungry, a meal that features protein may be what you need instead.

When to talk with a pro

If sugar cravings are driving your daily stress levels up too high, or if you are concerned you may be eating too much sugar, it might be a good opportunity to talk with a:

They can give you some personalized guidance on managing your cravings.

Sugar cravings on their own are probably not an indication of a health concern. In fact, they’re one of the most common cravings people experience.

You could be craving sweets because you’re:

To decrease cravings, you could try:

And if resisting the urge to eat sweets is taking up too much of your time and energy, don’t hesitate to contact a health expert for some help.