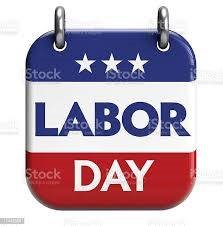 Labor Day pays tribute to the contributions and achievements of American workers and is traditionally observed on the first Monday in September according to history.com. It was created by the labor movement in the late 19th century and became a federal holiday in 1894. Labor Day weekend also symbolizes the end of summer for many Americans, and is celebrated with parties, street parades and athletic events.

Why Do We Celebrate Labor Day?

Labor Day, an annual celebration of workers and their achievements, originated during one of American labor history’s most dismal chapters.

In the late 1800s, at the height of the Industrial Revolution in the United States, the average American worked 12-hour days and seven-day weeks in order to eke out a basic living. Despite restrictions in some states, children as young as 5 or 6 toiled in mills, factories and mines across the country, earning a fraction of their adult counterparts’ wages.

As manufacturing increasingly supplanted agriculture as the wellspring of American employment, labor unions, which had first appeared in the late 18th century, grew more prominent and vocal. They began organizing strikes and rallies to protest poor conditions and compel employers to renegotiate hours and pay.

Many of these events turned violent during this period, including the infamous Haymarket Riot of 1886, in which several Chicago policemen and workers were killed. Others gave rise to longstanding traditions: On September 5, 1882, 10,000 workers took unpaid time off to march from City Hall to Union Square in New York City, holding the first Labor Day parade in U.S. history.

The idea of a “workingmen’s holiday,” celebrated on the first Monday in September, caught on in other industrial centers across the country, and many states passed legislation recognizing it. Congress would not legalize the holiday until 12 years later, when a watershed moment in American labor history brought workers’ rights squarely into the public’s view. On May 11, 1894, employees of the Pullman Palace Car Company in Chicago went on strike to protest wage cuts and the firing of union representatives.

On June 26, the American Railroad Union, led by Eugene V. Debs, called for a boycott of all Pullman railway cars, crippling railroad traffic nationwide. To break the Pullman strike, the federal government dispatched troops to Chicago, unleashing a wave of riots that resulted in the deaths of more than a dozen workers.

In the wake of this massive unrest and in an attempt to repair ties with American workers, Congress passed an act making Labor Day a legal holiday in the District of Columbia and the territories. On June 28, 1894, President Grover Cleveland signed it into law. More than a century later, the true founder of Labor Day has yet to be identified.

Many credit Peter J. McGuire, cofounder of the American Federation of Labor, while others have suggested that Matthew Maguire, a secretary of the Central Labor Union, first proposed the holiday.

How a Deadly Railroad Strike Led to the Labor Day Holiday

When the federal government was called in to suppress a railroad workers' strike, dozens were killed and politicians sought a way to show they still supported workers.

Today many Americans see Labor Day as time off from work, an opportunity to enjoy a barbecue with friends and family and a final moment of summertime relaxation before the busy fall season begins.

But the history behind the Labor Day holiday is far more complex and dramatic than most might realize, starting with a heated campaign by workers in the late 19th century to win support and recognition for their contributions. In July 1894, President Grover Cleveland finally signed into law legislation creating a national Labor Day holiday in early September—even as federal troops in Chicago brutally crushed a strike by railroad and Pullman sleeping car company workers, leaving some 30 people dead.

More than a decade before the Pullman strike, some 10,000 to 20,000 people joined a parade through Lower Manhattan, organized by New York City’s Central Labor Union on September 5, 1882. "The windows and roofs and even the lamp posts and awning frames were occupied by persons anxious to get a good view of the first parade in New York of workingmen of all trades united in one organization," reported the New York Tribune of that first Labor Day celebration.

Throughout the 1880s, labor strikes became increasingly common, with workers protesting their long hours and difficult, sometimes even dangerous, working conditions. In May 1886, the growing tensions between labor and capital exploded into violence during a protest rally in Chicago’s Haymarket Square. Eight anarchists were eventually convicted on murder charges and four were executed.

After the Haymarket Riot, labor organizers and socialists in countries around the world began celebrating May 1 as Workers Day—an occasion U.S. government officials had no interest in sanctioning. Meanwhile, other cities had followed New York’s lead in holding Labor Day celebrations in early September. In 1887, Oregon became the first state to make it an official holiday; by 1894, 22 other states had passed similar legislation.

Outbreak of the Pullman Strike

In 1893, during a nationwide economic recession, George Pullman laid off hundreds of employees and cut wages for many of the remaining workers at his namesake railroad sleeping car company by some 30 percent. Meanwhile, he refused to lower rents or store prices in Pullman, Illinois, the company town south of Chicago where many of his employees lived.

Angry Pullman workers walked out in May 1894, and the following month, the American Railway Union (ARU) and its leader, Eugene V. Debs, declared a sympathy boycott of all trains using Pullman cars.

The Pullman strike effectively halted rail traffic and commerce in 27 states stretching from Chicago to the West Coast, driving the General Managers Association (GMA), a group that represented Chicago’s railroad companies, to seek help from the federal government in shutting the strike down.

On June 29, some crowd members attending a Debs speech in Blue Island, Illinois, set fires to nearby buildings and derailed a locomotive attached to a U.S. mail train. U.S. Attorney General Richard Olney used the incident as an excuse to ask for an injunction against the strike and its leaders from the federal district court in Chicago, which he got on July 2.

“This was the turning point, because it enjoined the ARU and Debs from doing anything to support or direct the strike,” says Richard Schneirov, professor of history at Indiana State University. “Labor has for much of its history been hemmed in by injunctions, but the Pullman injunction was the first big instance where it really came to the attention of the public.”

The following day, President Cleveland dispatched federal troops to the city to enforce the injunction. Illinois’ pro-labor governor, John Peter Altgeld, who had already called out state militia troops to prevent violence, was outraged, calling the government’s actions unconstitutional. With the arrival of federal troops, the Pullman strike turned bloody, with some rioters destroying hundreds of railroad cars in South Chicago on July 6, and National Guardsmen firing into a mob on July 7, killing as many as 30 people and wounding many others.

Even as Pullman Company and railroad workers were striking, Congress passed legislation in June 1894 making the first Monday in September a federal legal holiday to recognize and celebrate labor. Cleveland signed the bill into law June 28, 1894, a few days before sending federal troops to Chicago.

“It was a way of being supportive of labor,” Schneirov says. “Labor unions were a constituency of the Democratic Party at the time, and it didn't look good for Cleveland, who was a Democrat, to be putting down this strike.”

Federal troops were recalled from Chicago on July 20, and the Pullman strike was declared over in early August. Debs, arrested at the height of the violence along with several other ARU leaders, was charged with violating the injunction and served six months in jail. Though the ARU disbanded, Debs would emerge as the leader of the nation’s growing socialist movement, running for president five times on the Socialist Party ticket.

Aside from the first major instance of “government by injunction” in the struggle between labor and capital, the Pullman strike also marked part of an important transition in American society during the Progressive Era, and a newly active role for the federal government in the nation’s economic and social life.

Labor Day is still celebrated in cities and towns across the United States with parades, picnics, barbecues, fireworks displays and other public gatherings. For many Americans, particularly children and young adults, it represents the end of the summer and the start of the back-to-school season.

Holidays That Fall on Mondays

The Uniform Monday Holiday Act of 1968 changed several holidays to ensure they would always be observed on Mondays so that federal employees could have more three-day weekends. The Act, signed into law on June 28, 1968, moved Washington’s Birthday Memorial Day, and Columbus Day to fixed Mondays each year.

Labor Day is in good company; other holidays that always fall on Mondays include: