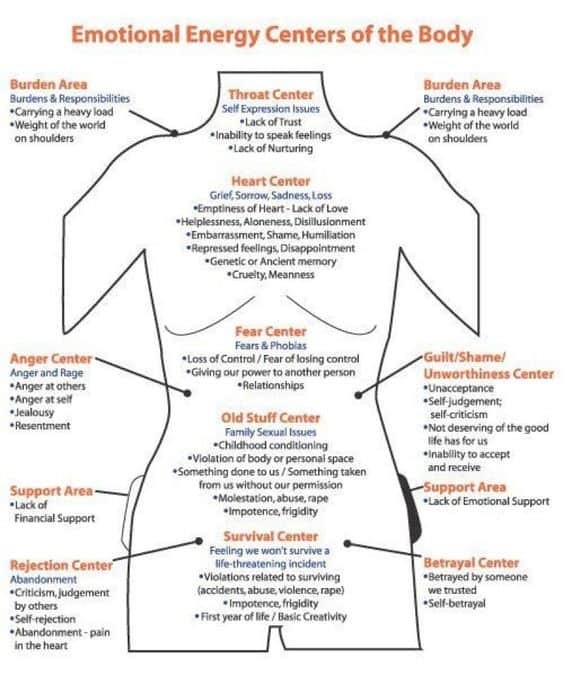 Reflexology is a type of massage that involves applying different amounts of pressure to the feet, hands, and ears according to healthline.com. It’s based on a theory that these body parts are connected to certain organs and body systems. People who practice this technique are called reflexologists.

Reflexologists believe that applying pressure to these parts offers a range of health benefits.

Read on to learn more about how reflexology works and whether it’s worth a try.

How does reflexology work?

There are a few different theories about how reflexology works.

Reflexology rests on the ancient Chinese belief in qi (pronounced “chee”), or “vital energy.” According to this belief, qi flows through each person. When a person feels stressed, their body blocks qi.

This can cause an imbalance in the body that leads to illness. Reflexology aims to keep qi flowing through the body, keeping it balanced and disease free.

In Chinese medicine, different body parts correspond with different pressure points on the body. Reflexologists use maps of these points in the feet, hands, and ears to determine where they should apply pressure.

They believe their touch sends energy flowing through a person’s body until it reaches the area in need of healing.

In the 1890s, British scientists found that nerves connect the skin and internal organs. They also found that the body’s entire nervous system tends to adjust to outside factors, including touch.

A reflexologist’s touch may help to calm the central nervous system, promoting relaxation and other benefits just like any form of massage.

Others believe that the brain creates pain as a subjective experience. Sometimes, the brain reacts to physical pain. But in other cases, it may create pain in response to emotional or mental distress.

Some believe that reflexology can reduce pain through calming touch, which may help to improve someone’s mood and reduce stress.

Zone theory is another belief that some use to explain how reflexology works. This theory holds that the body contains 10 vertical zones. Each zone contains different body parts and corresponds to specific fingers and toes.

Practitioners of the zone theory believe that touching these fingers and toes allows them to access every body part in a particular zone.

What are the potential benefits of reflexology?

Reflexology is linked to many potential benefits, but only a few of them have been evaluated in scientific studies.

So far, there’s limited evidence that reflexology may help to:

What does the research say?

There aren’t many studies about reflexology. And many experts consider those that do exist to be of low quality. In addition, a 2014 review concluded that reflexology isn’t an effective treatment for any medical condition.

But it may have some value as a complementary therapy to help reduce symptoms and improve someone’s quality of life, much like massage. Since the massaged area is the feet, for some people that will provide even more relief of stress or discomfort.

Here’s a look at what the research says about using reflexology to manage pain and anxiety.

In a 2011 studyTrusted Source funded by the National Cancer Institute, experts studied how reflexology treatments affected 240 women with advanced breast cancer. All women were undergoing medical treatment, such as chemotherapy, for their cancer.

The study found that reflexology helped to reduce some of their symptoms, including shortness of breath. The participants also reported an improved quality of life. But it didn’t have any effect on pain.

They found that those who received two months of reflexology treatment reported significantly fewer PMS symptoms than the women who did not. However, keep in mind that this study was very small and done decades ago.

In a 2014 study that was slightly larger, researchers gave people undergoing heart surgery a 20-minute foot reflexology treatment once a day for four days.

They found that those who received the reflexology treatment reported significantly lower levels of anxiety than those who didn’t. Touch by another human being is a relaxing, caring, anxiety-reducing action for most people.

Is reflexology safe to try?

Generally, reflexology is very safe, even for people living with serious health conditions. It’s noninvasive and comfortable to receive, so it may be worth trying if it’s something you’re interested in.

However, you should talk to your doctor first if you have any of the following health issues:

circulatory problems in the feet
blood clots or inflammation of your leg veins
gout
foot ulcers
fungal infections, like athlete’s foot
open wounds on your hands or feet
thyroid problems
epilepsy
a low platelet count or other blood problems, which can make you bruise and bleed more easily

You may still be able to try reflexology if you have any of these issues, but you might need to take a few precautions to avoid any adverse effects.

If you’re pregnant, make sure to tell your reflexologist before your session, as some pressure points in the hands and feet may induce contractions. If you’re trying to use reflexology to induce labor, only do so with your doctor’s approval. There is a risk of premature delivery, and babies are healthiest if born at 40 weeks of gestation.

Some people also report having mild side effects after reflexology treatment, including:

But these are short-term side effects that tend to go away shortly after treatment.

The bottom line
Reflexology may not be a scientifically proven medical treatment for disease, but studies suggest it’s a helpful complementary treatment, especially for stress and anxiety.

If you’re interested in reflexology, look for a properly trained reflexologist who has registered with the Complementary and Natural Healthcare Council, American Reflexology Certification Board, or other reputable certifying organization.

Talk to your doctor if you have any serious existing conditions before seeking treatment.