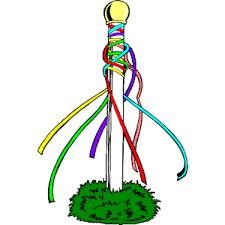 May Day is a May 1 celebration with a long and varied history, dating back millennia according to history.com. Throughout the years, there have been many different events and festivities worldwide, most with the express purpose of welcoming in a change of season (spring in the Northern Hemisphere). In the 19th century, May Day took on a new meaning, as an International Workers’ Day grew out of the 19th-century labor movement for worker’s rights and an eight-hour workday in the United States. May Day 2021 will be celebrated on Saturday, May 1, 2021.

The Celts of the British Isles believed May 1 to be the most important day of the year, when the festival of Beltane was held.

This May Day festival was thought to divide the year in half, between the light and the dark. Symbolic fire was one of the main rituals of the festival, helping to celebrate the return of life and fertility to the world.

When the Romans took over the British Isles, they brought with them their five-day celebration known as Floralia, devoted to the worship of the goddess of flowers, Flora. Taking place between April 20 and May 2, the rituals of this celebration were eventually combined with Beltane.

Another popular tradition of May Day involves the maypole. While the exact origins of the maypole remain unknown, the annual traditions surrounding it can be traced back to medieval times, and some are still celebrated today.

Villagers would enter the woods to find a maypole that was set up for the day in small towns (or sometimes permanently in larger cities). The day’s festivities involved merriment, as people would dance around the pole clad with colorful streamers and ribbons.

The maypole never really took root in America, where May Day celebrations were discouraged by the Puritans. But other forms of celebrations did find their way to the New World.

During the 19th and 20th centuries, May Basket Day was celebrated across the country, where baskets were created with flowers, candies and other treats and hung on the doors of friends, neighbors and loved ones on May 1.

What does May Day have to do with the international distress call, "Mayday, Mayday, Mayday"? Nothing, as it turns out. The code was invented in 1923 by an airport radio officer in London. Challenged to come up with a word that would be easily understood by pilots and ground staff in case of an emergency, Frederick Mockford coined the word "mayday" because it sounded like "m'aider," a shortened version of the French term for " come and help me."

The connection between May Day and labor rights began in the United States. During the 19th century, at the height of the Industrial Revolution, thousands of men, women and children were dying every year from poor working conditions and long hours.

In an attempt to end these inhumane conditions, the Federation of Organized Trades and Labor Unions (which would later become the American Federation of Labor, or AFL) held a convention in Chicago in 1884. The FOTLU proclaimed “eight hours shall constitute a legal day’s labor from and after May 1, 1886.”

The following year the Knights of Labor—then America’s largest labor organization—backed the proclamation as both groups encouraged workers to strike and demonstrate.

Overall, the protests were peaceful, but that all changed on May 3 where Chicago police and workers clashed at the McCormick Reaper Works. The next day a rally was planned at Haymarket Square to protest the killing and wounding of several workers by the police.

The speaker, August Spies, was winding down when a group of officers arrived to disperse the crowd. As the police advanced, an individual who was never identified threw a bomb into their ranks. Chaos ensued, and at least seven police officers and eight civilians died as a result of the violence that day.

The Haymarket Riot, also known as the Haymarket Affair, set off a national wave of repression. In August 1886, eight men labeled as anarchists were convicted in a sensational and controversial trial despite there being no solid evidence linking the defendants to the bombing. The jury was considered to be biased, with ties to big business.

Seven of the convicted men received a death sentence, and the eighth was sentenced to 15 years in prison. In the end, four of the men were hanged, one committed suicide and the remaining three were pardoned six years later.

A few years after the Haymarket Riot and subsequent trials shocked the world, a newly formed coalition of socialist and labor parties in Europe called for a demonstration to honor the “Haymarket Martyrs.” In 1890, over 300,000 people protested at a May Day rally in London.

The workers’ history of May 1 was eventually embraced by many governments worldwide, not just those with socialist or communist influences.

Today, May Day is an official holiday in 66 countries and unofficially celebrated in many more, but ironically it is rarely recognized in the country where it began, the United States of America.

After the 1894 Pullman Strike, President Grover Cleveland officially moved the U.S. celebration of Labor Day to the first Monday in September, intentionally severing ties with the international worker’s celebration for fear that it would build support for communism and other radical causes.

Dwight D. Eisenhower tried to reinvent May Day in 1958, further distancing the memories of the Haymarket Riot, by declaring May 1 to be “Law Day,” celebrating the place of law in the creation of the United States.