6 Famous Curses and Their Origin 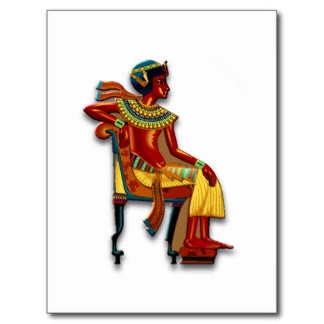 Throughout history, people have promoted stories of curses for a variety of reasons. To sports fans, curses can help explain their favorite team’s loss. When a cause of death is misunderstood, curses can provide an explanation. For an imperial nation, curses can betray anxiety about being punished for colonizing and taking artifacts. And sometimes, curses come about because someone just wanted to make up a story.

Here are some prominent curses in history.

In February 1923, a British archaeological team opened the tomb of Tutankhamun, or “King Tut,” an Egyptian pharaoh during the 14th century B.C. Two months later, when the team’s sponsor died from a bacterial infection, British newspapers claimed without evidence that he’d died because of “King Tut’s curse.” Whenever subsequent members of the team died, the media dredged up the alleged curse again.

King Tut’s curse and other famous “mummy’s curses” were invented by Europeans and Americans while their countries removed priceless artifacts from Egypt. After the Titanic sank in 1912, some newspapers even promoted a conspiracy theory that the ship had sunk because of a “mummy’s curse.”

Though it’s not clear how many people actually took these “curses” seriously, these stories became extremely popular subjects for horror movies like The Mummy (1932) and its many iterations, as well as comedies like Mummy’s Boys (1936) and Abbott and Costello Meet the Mummy (1955).

2. The Curse of the Polish King’s Tomb

In 1973, a group of archaeologists opened the tomb of the 15th-century Polish king Casimir IV Jagiellon in Kraków, Poland. As with the opening of King Tut’s tomb 50 years before, European media hyped up the event, and the researchers involved allegedly joked that they were risking a curse on the tomb by opening it.

When some of the team members began to die shortly after, some media outlets speculated it was due to a curse. Later, experts discovered traces of deadly fungi inside the tomb that can cause lung illnesses when breathed in. This was the cause of their deaths.

In the 1660s, the French gem dealer Jean-Baptiste Tavernier purchased a large diamond of unknown origin during a trip to India. Yet by the 20th century, a myth had sprung up in the United States and Europe that Tavernier had stolen the diamond from the statue of a Hindu goddess. The newspapers and jewelers who spread this story claimed the diamond was cursed, and brought bad luck to those who owned it.

By 1839, the diamond supposedly ended up with Henry Philip Hope, a Dutch collector based in London and the source of the stone’s modern name—the Hope Diamond. Sometime after this, European and American newspapers began claiming that the Hope Diamond carried a curse.

The French jeweler Pierre Cartier reportedly used these stories to enhance the diamond’s value when he sold it to American heiress Evelyn Walsh McLean in the early 1910s. After she died, it went to a U.S. jewelry company, which exhibited it before donating it in 1958 to the Smithsonian Institution, where it remains today.

5. The Curse of Tippecanoe (or Tecumseh’s Curse)

In the mid-20th century, U.S. media began to note a pattern in presidential deaths. Starting with William Henry Harrison and ending with John F. Kennedy, every 20 years the country elected a president who would die in office.

In the 1930s, Ripley’s Believe It or Not claimed the “pattern” was due to a curse Shawnee Chief Tecumseh placed on Harrison and future presidents after Harrison’s troops defeated Tecumseh’s at the Battle of Tippecanoe in 1811. (Tecumseh died two years later in another battle against Harrison’s troops.) This story likely originated with non-Native Americans, and bears a similarity to other “curses” in U.S. books and movies about disturbing Native burial grounds.

6. The Curse of Macbeth

There are lots of superstitious in the world of theatre. It’s bad luck to wish actors good luck, hence the reason people instead tell them to “break a leg.” And it’s also bad luck to say the word “Macbeth” in the theatre except during a performance of the Shakespeare play. Supposedly, this is because tragedy has historically befallen productions of the play. In reality, these stories are a mix of fabrication and selective evidence-picking.

The legend about the play seems to have started with Max Beerbohm, a British cartoonist and critic born in the 1870s, nearly three centuries after Macbeth’s first performance. Beerbohm—possibly annoyed that Macbeth was such a popular play—made up a story that the first actor cast to play Lady Macbeth died right before the play’s opening night.

Since then, this story has become part of a myth that the play is cursed and has brought bad luck to those involved with it. Though there have been real accidents during runs of MacBeth over its more than 400-year history, these accidents gain more attention than accidents during other plays because of the supposed “curse.”

7. The Billy Goat Curse on the Chicago Cubs

A fan pushes a goat in a cart outside of Wrigley Field before the start of the 2017 home opener against the Los Angeles Dodgers on April 10, 2017 in Chicago, Illinois.

As with theatre, there are also a lot of superstitions in the world of sports. One of the most famous is the supposed “billy goat curse” on the Chicago Cubs.

In 1945, a tavern owner named William “Billy Goat” Sianis was reportedly prevented from bringing his pet goat, Murphy, into Chicago’s Wrigley Field to see the Cubs play the Detroit Tigers in the World Series. Supposedly, Sianis put a curse on the Cubs, saying they wouldn’t win this or any other World Series ever again.

Before this, the Cubs had only won the World Series twice before, in 1907 and 1908. When they lost the World Series in 1945, the curse gained credence. In 2016, when the Cubs won the world series for the first time in over a century, U.S. media promoted the idea that the curse was broken.

The billy goat curse is similar to the curse of the Bambino, which supposedly began when the Boston Red Sox traded Babe Ruth in 1919 and ended when the team won the World Series in 2004. There’s also rapper Lil B’s curse on Kevin Durant, which Lil B issued in a 2011 tweet and lifted in 2017 in another tweet. When the Golden State Warriors won the NBA finals that year with Durant earning MVP, sports media jokingly (or not?) proclaimed that Lil B had helped by lifting the curse.